Home » Featured, Under Discussion » The Kidnapping of the Swineherd Eumaios

The Kidnapping of the Swineherd Eumaios 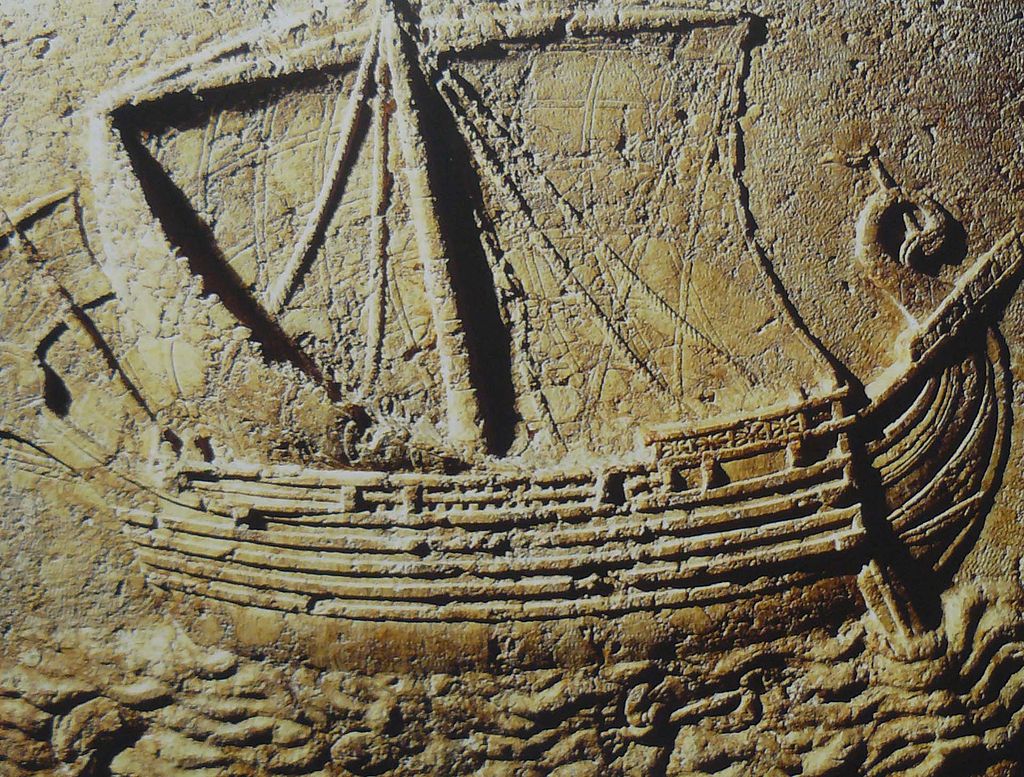 ~Medea and a Micronarrative Masterpiece from Odyssey 15~

The Hour 25 Book Club will host a discussion of Euripides’ Medea via Google Hangout on July 17 at 2:00 p.m. EDT. Although this event is still several weeks away,  members of our community have already begun to discuss major themes from this work in our Discussion Forum.  Revenge, violence, the vulnerability of children caught between opposing forces, the anger of marginalized women, fear of “others:” Euripides seems to have pulled this tragedy from today’s headlines.

As we begin thinking about this timeless and at times horrifying tragedy, it might also be useful to look for other narratives where marginalized women from outside the community exert power in tragic ways. Here is one micro-narrative from Homeric epic you may have missed. In this excerpt from Odyssey scroll 15, the swineherd Eumaios tells Odysseus the tragic story about how as a very young child he [Eumaios] was kidnapped by his Phoenician nurse and sold to Laertes by Phoenician traders. In less than one hundred lines, we get an epic masterpiece of love, betrayal, and loss that spans a lifetime.

As regards your question, then, my tale is as follows: “You may have heard of an island called Syra that lies over above Ortygia, where the land begins to turn round and look in another direction.
[405] It is not very thickly peopled, but the soil is good, with much pasture fit for cattle and sheep, and it abounds with wine and wheat. Dearth never comes there, nor are the people [dēmos] plagued by any sickness, but when they grow old
[410] Apollo of the silver bow comes with Artemis and kills them with his painless shafts. It contains two communities, and the whole country is divided between these two. My father Ktesios son of Ormenos, a man comparable to the gods, reigned over both.
[415] “Now to this place there came some cunning traders from Phoenicia (for the Phoenicians are great mariners) in a ship which they had freighted with trinkets of all kinds. There happened to be a Phoenician woman in my father’s house, very tall and comely, and an excellent servant; these scoundrels got hold of her one day
[420] when she was washing near their ship, seduced her, and cajoled her in ways that no woman can resist, no matter how good she may be by nature. The man who had seduced her asked her who she was and where she came from, and on this she told him her father’s name.
[425] ‘I come from Sidon,’ said she, ‘and am daughter to, a man rolling in wealth and rich in bronze. One day as I was coming into the town from the country some Taphian pirates seized me and took me here over the sea, where they sold me to the man who owns this house, and he gave them their price for me.’
[430] “The man who had seduced her then said, ‘Would you like to come along with us to see the house of your parents and your parents themselves? They are both alive and are said to be well off.’
[435] “‘I will do so gladly,’ answered she, ‘if you men will first swear me a solemn oath that you will do me no harm by the way.’ “They all swore as she told them, and when they had completed their oath the woman said,
[440] ‘Hush; and if any of your men meets me in the street or at the well, do not let him speak to me, for fear some one should go and tell my master, in which case he would suspect something. He would put me in prison, and would have all of you murdered;
[445] keep your own counsel therefore; buy your merchandise as fast as you can, and send me word when you have done loading. I will bring as much gold as I can lay my hands on, and there is something else also that I can do
[450] towards paying my fare. I am nurse to the son of the good man of the house, a funny little thing just able to run about. I will carry him off in your ship, and you will get a great deal of wealth for him if you take him and sell him in foreign parts.’ “Then she went back to the house.
[455] The Phoenicians stayed a whole year till they had loaded their ship with much precious merchandise, and then, when they had got freight enough, they sent to tell the woman. Their messenger, a very cunning man, came to my father’s house
[460] bringing a necklace of gold with amber beads strung among it; and while my mother and the servants had it in their hands admiring it and bargaining about it, he made a sign quietly to the woman and then went back
[465] to the ship, whereon she took me by the hand and led me out of the house. In the fore part of the house she saw the tables set with the cups of guests who had been feasting with my father, as being in attendance on him; these were now all gone to an assembly of the district [dēmos], so she snatched up three cups and carried them off in the bosom of her dress,
[470] while I followed her, for I knew no better. The sun was now set, and darkness was over all the land, so we hurried on as fast as we could till we reached the harbor, where the fast-running Phoenician ship was lying.
[475] When they had got on board they sailed their ways over the sea, taking us with them, and Zeus, son of Kronos, sent them a fair wind; six days did we sail both night and day, but on the seventh day Artemis of the showering arrows struck the woman and she fell heavily down into the ship’s hold as though she were a sea gull alighting on the water;
[480] so they threw her overboard to the seals and fishes, and I was left all sorrowful and alone. Presently the winds and waves took the ship to Ithaca, where Laertes gave sundry of his chattels for me, and thus it was that ever I came to set eyes upon this country.”

One Response to The Kidnapping of the Swineherd Eumaios