New epub: Best of the Achaeans by Gregory Nagy

We are pleased to announce that we now host a free, downloadable epub version of Gregory Nagy’s The Best of the Achaeans: Concepts of the Hero in Archaic Greek Poetry. To learn more and to download the file, visit the Text Library.

The Best of the Achaeans 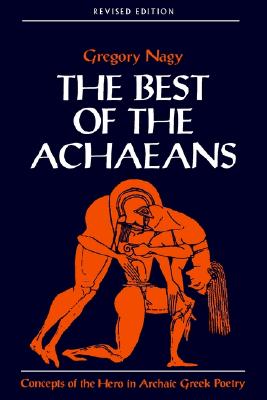 The Best of the Achaeans
Gregory Nagy

The Best of the Achaeans is intended for both non-specialists and specialists in Homer and in other forms of archaic Greek poetry. More generally, it is for non-Classicists as well as Classicists (that is, those who study Greek and Roman antiquity). All quotations from the ancient texts are translated, and all cited words are defined in context.

This book is about how to read Homer—both the Iliad and the Odyssey—and various related forms of Greek poetry in the archaic period, most notably the Hesiodic Theogony and Works and Days and the Homeric Hymns, especially the Apollo, the Demeter, and the Aphrodite. Other related poetic forms include the praise poetry of Pindar and the blame poetry of Archilochus. The readings are infused with references to non-canonical traditions as well, especially women’s laments and the earliest attested versions of Aesop’s fables.
The object of all the readings is to understand simultaneously the form as well as the content of a wide variety of traditional media conveying various basic concepts of the ancient Greek hero. The most basic of all these concepts is a single all-pervasive historical fact of the archaic period and beyond: the cult of heroes. Heroes were not only the subjects of narrative and dramatic media but also the objects of worship. This book integrates heroic song, poetry, and prose with the ancestral practices of a wide variety of hero-cults. More generally, it explores the heroic tradition within the cultural context of pan-Hellenism, to be defined as an early form of Hellenism that eventually became the nucleus of Classicism.