Under Discussion: The Wine-dark Sea

“Yea, and if some god shall wreck me in the wine-dark deep,
even so I will endure…
For already have I suffered full much,
and much have I toiled in perils of waves and war.” 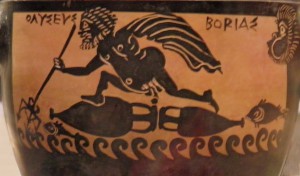 One of the persistent topics that surfaced again and again throughout H24H HeroesX discussions (for example this thread in v1) was the mystery of the “wine-dark” or “wine-colored” sea. This phrase has been found and translated within Homeric poetry, the works of Hesiod, and is a phrase which continues to be used right up to today. But what does it mean? Is the sea really wine colored? Have you ever seen a purple sea, could this actually happen in the achingly blue waters surrounding the Greek Isles?

In a blog about Sicilian author Leonardo Sciascia’s work of collected stories, The Wine Dark Sea I found this — a discussion about the title passage.

The title story, ‘The Wine Dark Sea’, is the longest, a mediation on the transitory nature of love. Its protagonist, Bianchi, falls in love with a young woman he meets on a long train journey. She is travelling [sic] with her aunt and uncle and their children; the children take up much of the narrative, and it is one of them who comments that the sea “looks like wine.” This is immediately dismissed by the parents:

“What on earth’s the matter with the child’s eyesight? He doesn’t seem to be able to tell one colour from another.”

Bianchi on the other hand suggests:

“Perhaps it’s the effect, almost like the effect of wine, which a sea like this produces. It isn’t drunkenness, but it overpowers the senses…”

So Sciascia perhaps thinks it means emotion or sensory saturation.

I have come to think otherwise. Color, sensory experience are certainly part of it, but perhaps wine-dark is really describing motion; that boiling, roiling, popping, effervescent chemical reaction that is fermentation.

The sea is forever moving. Sometimes it is dark, raging and foam-flecked (hoary), sometimes it is blue and choppy with white caps, and sometimes it is dazzling and sparkling in the sun like a good prosecco. All variations include motion and all include the essence of light refraction or reflection; similar to the juice of the grapes, light or colorless when pressed, then a dark rich red upon completion of fermentation. Could it be that in this poetry the descriptions used for the motion of the sea is always reflective of the mood of the hero?

If you would like to join the search for the meaning of this phase come! Grab a glass and follow this link to the “Wine-Colored Sea” Revisted 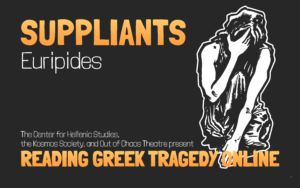