On a recent trip to New York, I discovered representations of the ancient Greek gods, some in unexpected places, and couldn’t resist photographing them!

I spotted what appear to be the Muses reigning over the Great Dionysia where all the famous Ancient Greek tragedies were performed—more specifically in this case the Radio City Music Hall and its Christmas Spectacular. 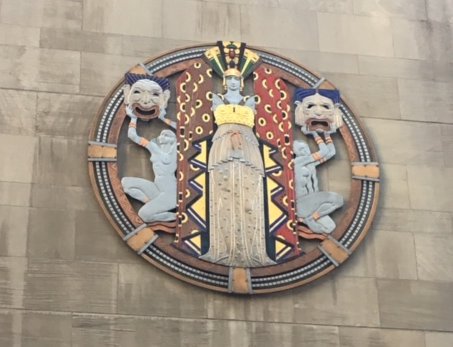 Here is Hermes, god of commerce, presiding over the Grand Central Terminal. 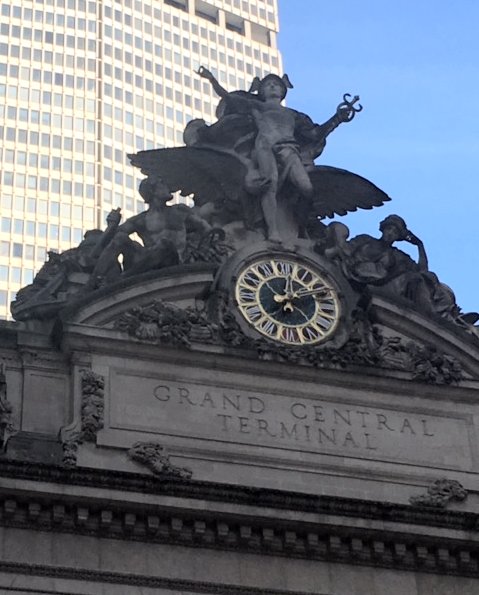 Athena Parthenos recently took command of the lobby at the Metropolitan Museum of Art. This is a life-size (if you are a god) c 170 BCE Roman copy of the lost statue at the Parthenon, on loan from the Pergamon Museum in Berlin. Knowing you will find a surprise in hand if you check out the rear of the Farnese Hercules, I checked out Athena from behind and spotted her hair braided back in to a pony-tail—a detail too high up to notice when I visited the Parthenon in Nashville. 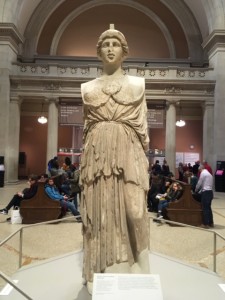 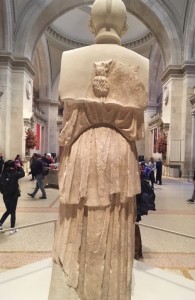 I found Prometheus Bound a little differently at Rockefeller Center than tradition says: no eagle, no mountain, no exposed entrails. 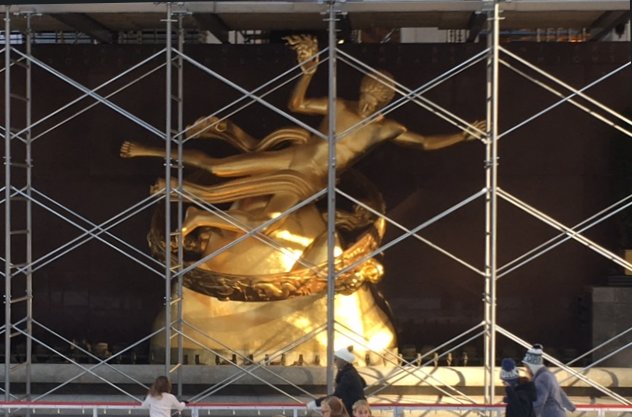 It ended up that the friend of the human race and giver of fire was just being protected during the decorating of the Christmas tree.

Meanwhile his brother Atlas stands nearby upholding the cosmos while gazing upon the house of another god, that is, St. Patrick’s Cathedral. 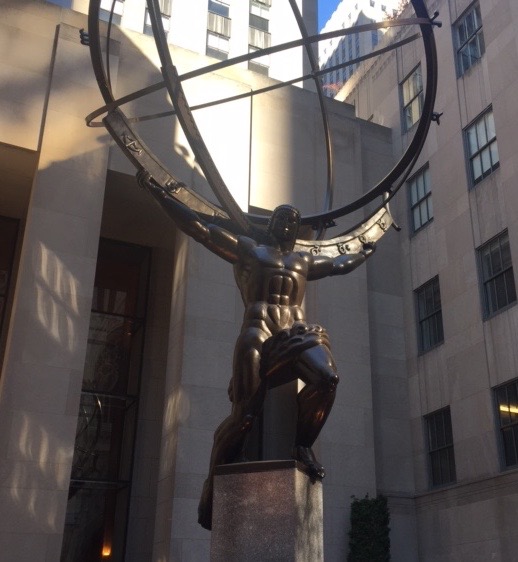 Whether at home or on your travels, have you come across any sculptures of the ancient Greek gods or heroes? Please share in the forums!

Bill Moulton is a life-long independent researcher in Greek Mythology, starting in fourth grade when his fondness for the topic threw off the grading curve. Bill is a graduate of HeroesX and active with Hour 25. He blogs and tweets on Classical Studies. He and wife of twenty-five years, Pat, are the proud grandparents of four wonderful young people. 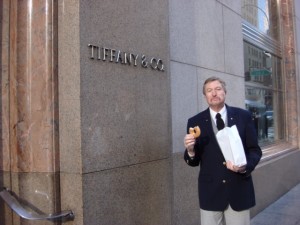 William Moulton is having breakfast at Tiffany’s!