The Athenian Kerameikos was the potters’ quarter of the city, from which the English word “ceramic” is derived. Kerameikos was named after Keramos, son of Dionysos and Ariadne, hero of potters [1].

A particularly notable pedestalled kratēr of this area is kept at the Metropolitan Museum of New York, where it is soberly referred to as the New York MMA 34.11.2 vase [2]. The vase is dated to the late first quarter of the 8th century BCE.

The main subject of the vase’s decoration is the lying-in-state of a body [prothesis] as depicted in the central metope on each side of the vase. For us, however, the interest is the frieze with two ships imaged below the handle zone, as depicted in Figure 1 below.

The image shows a ship that is quite like the ship depicted on the Dipylon vase as described in the earlier post on Essential Ships. The height of the forecastle of the ship and the horns of the bow contour do not extend above shoulder level of the standing fighters. This quite agrees with the shoulder height of the sitting oarsmen on the Dipylon ship. A difference, however, is that the artist used a different scale for the horizontal dimensions of the Kerameikos ship. The horizontal scale of the Kerameikos image suggests a ship of considerable length while the length of the Dipylon ship allows for four oarsmen only. I would like to argue that the dimensions of both depicted ships are essentially the same.

The wheel-shaped feature in the forebody compares to that of the Dipylon ship but has been framed within a square construction in place of where the catheads should be. [3] Also, in other places in the fore and aft, the paint strokes of the Kerameikos artist depicts more details of the hull structure than his colleagues of the Dipylon cemetery.

Figure 1: The Kerameikos kratēr: a theoretical voyage overtaken by events

To describe the imaged scene, we should firstly note the figure sitting under an awning in the center of the ship. Is he the delegate of a city, a theōros; a man on a theoretical voyage with the objective of broadening his vision? Behind his back, three Odyssean raiders [4] disturb his “rose-colored vision” and his silhouette gives away the state of panic that he is in. The raiders wear the typical Dipylon shield.

The water bird that is perched on the stern of the ships suggests that the death of our theoros is near. Some solace may be found in the idea that his terrible fate resulted in immortalization through depiction on this beautiful grave-marking vase.

For the description of the ship I will stay close to Professor Moore of Hunter College of the City University of New York. In her paper “Ships on a ‘Wine-Dark Sea’ in the age of Homer” for the Metropolitan Museum of Art she observes how the essence of Geometric narrative is that everything, whether figure or object, is reduced to its essential ingredients. I therefore dare to doubt that the decorative band below the ship represents the strip of land on which the ship has beached, or that the deck over which the warriors move around, is a raised deck. Quite like what we see on the Dipylon vases, the relative placement of the deck and warriors is based on the wish to depict the event in detail rather than on the wish to provide the observer with a realistic representation. Although we see the depicted persons on a raised level, the imaged ship is operated from one single level, being the main deck. The sails are not shown as they play no role in the narrative context.

Both the Dipylon ship and the Kerameikos ship qualify as dual benched ships [dikrotos], quite like those of Odysseus; single decked, with a raised deck both at the stern and in the horned forebody. The profile of this áphraktos shows the stanchions in between which side-screens could be placed. The horizontal line above the gunwale that goes through the middle of the stanchions compares with the horizontal rails that are on the ship’s image of the François kratēr. The oars are operated from underneath the rails.

Also, the Kerameikos ship cannot be classified against the number of oarsmen that she carried: the seventy stanchions do not necessarily indicate 140 rowers, as the distance between two stanchions does not necessarily match with the size of the interscalmium: the space between one oar, and another.  Apparently, the crew does not have relevance, because apart from the indication that they are large in number, they remain out of sight. The same applies to the steersman, or kubernētēs, because his steering-oar [pēdálion] is left unattended. 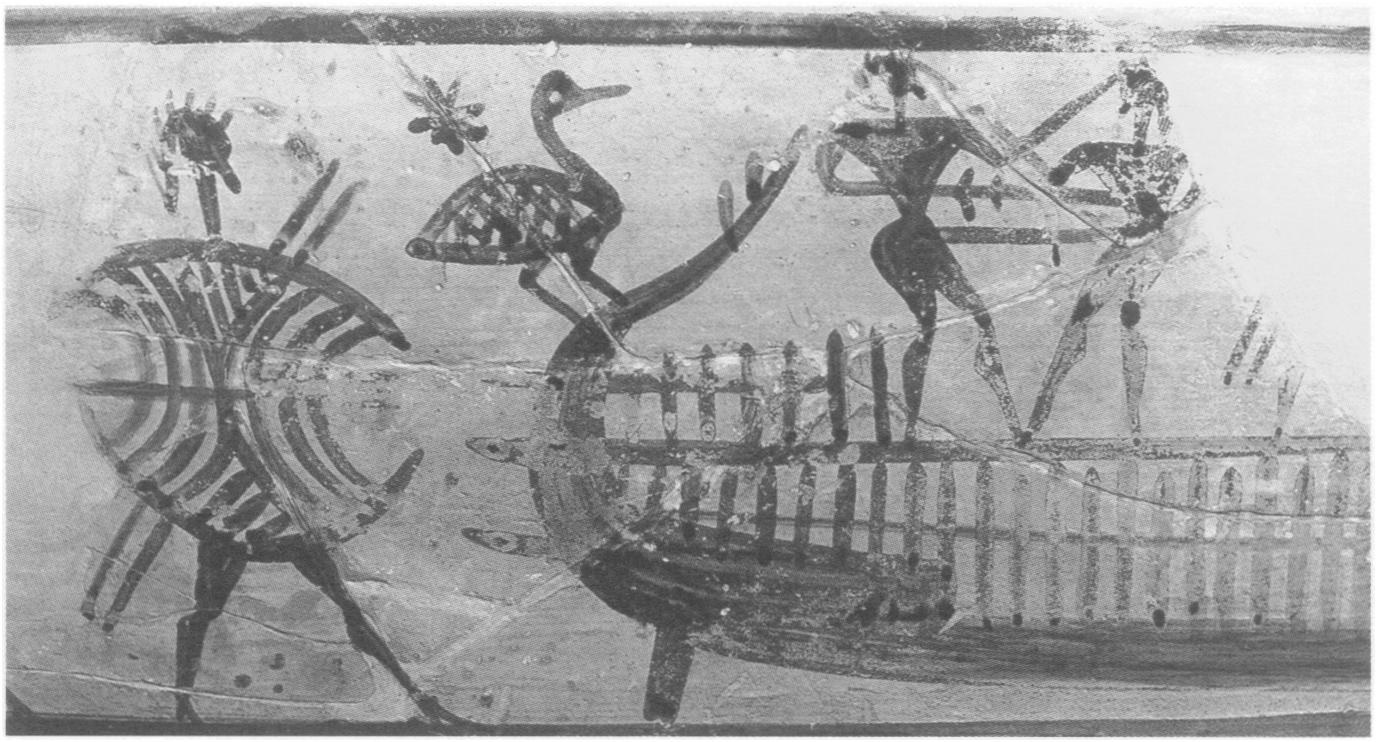 Figure 2: The Kerameikos kratēr: detail of the stern of the ship.

The Allard Pierson Museum in Amsterdam is one of my favorites and as it goes, I fell for a reconstruction mounted to the wall in a corridor of this Museum, below a light switch. The painting showed a huge oared ship, fully manned. Two sides of a transparent plate have been covered with the image of a two-banked galley [dikrotos]. Inspired by the replica I went looking for the original, which appeared to be a painting on the front of a mixing vessel, a kratēr, painted in the tradition of the Dipylon Master, dated about 735 BCE (Late Geometric).

This vase, from Thebes, is kept at the British Museum. [5] The vase depicts the scene of Ariadne and Theseus departing from Crete. Maybe the woman is not Ariadne, but Penelope, Helen or Medea or someone we do not know about, but let us assume she is Ariadne, identified by the circular object that she holds in her hand. This object may be the Crown of Light with which she lighted the labyrinth, helping Theseus in combat and escape. After Theseus left Ariadne on Naxos, Dionysos placed her diadem into another crown of light, immortalizing her in a small constellation named Corona Borealis. [6] From left to right we see the image of Ariadne, detailed with long hair and wearing a latticed robe. Theseus takes a good grip at her arm and is ready to board the ship. With one hand he holds the stern post and his foot is lifted for the step. The vertical height of the two persons exceeds the distance from keel to the top of the stern contour. The height of the oarsmen compares with the height of the small Dipylon shield, shown in silhouette, that is casually stored on the raised aft deck.

The contour of the stern of the ship curves inward. The ship, ready for departure, is appended with a set of two steering-oars. On the prow is a long-necked water bird in silhouette, looking in the direction where the ship will go. In Classic Greece there was less doubt that the heroic ships were double-decked, as we can take it from Aristophanes’ comedy Frogs [7]:

Aeschylus
Then you taught all our youth how to be idle chatterers and crap on about nonsense all day. You’ve emptied our wrestling schools and destroyed the wonderful bums of our young men. All they do is stand around these days, chattering and chattering and encouraged the crew of our public ship, Paralus, to talk back to their commanders. Not like the olden days when all these men knew was how to pull hard at the oar and shout, “heavvvvvve hooooo!” That’s how they’d earn their food!

Dionysus
By Apollo, how true is that, ey?  Hehehe!  Those on the upper rows would fart straight into the mouth of the rowers below, drop shit into his mess mate’s food bowl and when they’re out on the shore for their leave, they steal everyone’s clothes…They were the days!

[3] Epōtides; beams projecting like ears on each side of a ship’s bow. Sometimes the expression is used for box-like structures, outside of the bulwark.

[4] Odysseus declared, although within the context of a lie, that he led nine successful maritime raids prior to the Trojan War (Odyssey 14.229–233).

[7] The Aristophanes comedy The Frogs dates from 405 BCE. Translation by G. Theodoris