Home » Featured, History » The Modeled Ship | Part 1: The gift of Kinyras, and the honeycomb boats

The Modeled Ship | Part 1: The gift of Kinyras, and the honeycomb boats

The gift of Kinyras

This story of modeled ships starts with the introduction of Kinyras, a King of Cyprus. His roots are in Cilicia, Phoenicia, or Syria. At the time of his rule those areas had closer ties to Cyprus than did the Greek speaking world.

Kinyras was renowned for his wealth which was said to surpass the wealth of Midas and Kroisos. He was a cherished priest of the sea goddess Aphrodite [1] and he started the copper and metallurgical traditions on Cyprus [2]. His name may be connected to that of a musical instrument, a harp named kinnōr [3], which completes the image of a lyre-playing, temple-building priest-king with Phoenician roots, possibly embodying various historical figures into one mythological person. Within the formative stage of Homeric poetry, King Kinyras was established as the central cult hero of Cyprus.

Like so many of these legendary kings, however, his luck turned sour. A catastrophe kept alive for us by Ovid [4] tells how Kinyras, now at an older age, was unwittingly seduced by his daughter Myrrha. She was metamorphosed into the myrrh tree, feeding her baby Adonis with its sappy tears. Eventually Kinyras lost his fortune and was—cursed by Agamemnon—driven from power by the Greeks. At the end of his life Kinyras was buried in the great Cyprian sanctuary that he had built for Aphrodite.

One version of the lost epic Cypria is said to narrate how this king Kinyras donated a fleet of fifty ships to Menelaos. This was his contribution to Agamemnon, High King [anax] of Mycenae, who mobilized to transport the Achaean army to Troy. Agamemnon’s fleet eventually counted twenty-nine contingents under forty-six captains, accounting for a total of 1,186 ships [5]. But none of them from Cyprus. The story is alluded to in the Homeric tradition [6]:

The son of Atreus shouted aloud and bade the Argives gird themselves for battle while he put on his armor. First, he girded his goodly greaves about his legs, making them fast with ankle clasps of silver; and about his chest he set the breastplate which Kinyras had once given him as a guest-gift. The story, which reached as far as Cyprus, was that the Achaeans were about to sail for Troy, and therefore he gave it to the king. It had ten circles of dark lapis, twelve of gold, and ten of tin. There were serpents of lapis that reared themselves up towards the neck, three upon either side, like the rainbows which the son of Kronos has set in the sky as a sign to mortal men.
Iliad 11.15–24

What went wrong? Did Kinyras break his promise? The great Kinyras, similar in importance to Agamemnon, did not break his promise to contribute ships against Troy. His gift, however, given within the tradition of gift-giving that characterizes Great Kingship, consisted of one full scale ship and a fleet of forty-nine Cypriotic terracotta modeled ships: [7]

Menelaos went with Odysseus and Talthybios to Kinyras in Cyprus and tried to persuade him to join the battle. But he [Kinyras] made a gift of a breastplate for Agamemnon, who was not present; and vowing to send fifty ships, he sent one, which [name lost] the son of Mygdalion commanded. And molding the rest out of clay, he launched them into the sea.
Apollodorus, Epitome 3.9

The Grecophone storytelling about Cyprus mentions the stop by Paris and Helen at Sidon en route to Troy [8], and the post-Troy wanderings of Menelaos, which take him to Cyprus and Phoenicia and the Egyptian people [9]. Teucer, the half-brother of Ajax became the legendary founder of the city of Salamis, named after his home town near Athens where he was not allowed to stay, being judged guilty of negligence for not bringing the body or armor of Ajax back with him [10]. Agapenor, leader of the Arcadians in the Trojan war, on his return from Troy, was cast by a storm on the coast of Cyprus, where he founded the town of Paphos [11].

As said, the most famous goddess of Cyprus, “Aphrodisia”, is Aphrodite. Sophocles, one of the three Attic tragedians whose plays survived, writes about her as follows:

Children, the Cyprian is certainly not only the Cyprian
But she is a being of many names.
She is Hades. She is immortal life.
She is mad insanity. She is desire undiluted.
She is lamentation. In her is everything
Earnest, peaceful, all that leads to violence
She seeps into the organs of everything
In which life resides. Who is ever sated by the goddess?
She enters into the fishes’ swimming race,
She is in the four-limbed tribe on the land
And guides her wing among the birds.

Among beasts, mortals, among the gods above.
Whom of the gods has she not thrown three times?
If it is right for me—if it is right to speak the truth,
She rules Zeus’ chest without a spear or iron
The Cyprian certainly cuts short
All the best plans of humans and gods.

The terracotta model of a thirty-oared merchant ship found at the Hodigitria monastery [13] has a hull that is covered with a honeycomb. It is assumed to have a votive function, where the honey serves the idea of food for the deceased person. The model is described by Christos Boulotis in his presentation titled “Greece and the Sea”. [14] The physical model is kept at the Archaeological Museum of Chaniad, Crete. 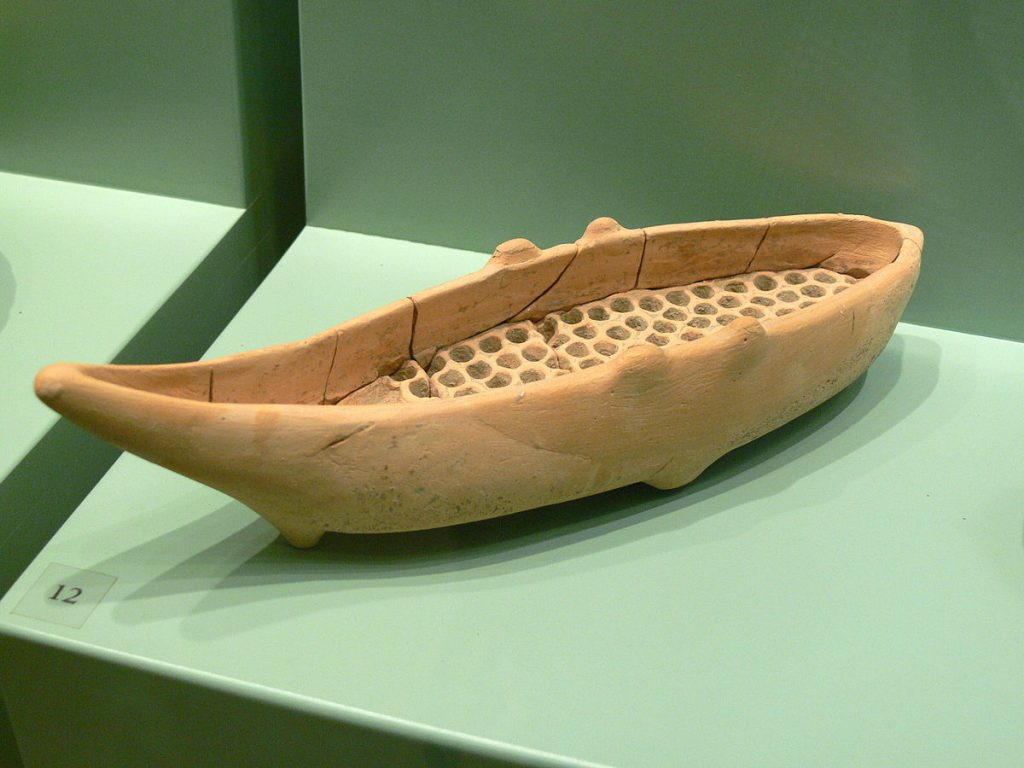 Figure 1: The honeycomb boat of Hodigitria.

Almost the complete hull is covered with a ceramic piece of honeycomb. Possibly this tells us something about how the after-life was considered. Was sweet honey the food for the spirit of the deceased on its voyage to the Elysian Fields?

In side view the small boat shows feet, pods, on which it stands. This strengthens the idea that this type of form served as a votive, or as the container of a votive.

An extraordinarily rich image of how a noble deceased, Minoan, or Mycenaean, receives his gifts is shown on the sarcophagus of Agia Triada (Crete, 1400 BCE). The sacred tree and the stepped shrine tell us about the character of the event. The first gift in line is the model of a boat, without mast, without oars. Is it possible that the honeycomb boat had a similar function? Does the votive indicate that the person was connected to the sea? The metaphor of the ship must have been powerful, also considering that the ship was a symbol in the system of Bronze Age Cretan hieroglyphs. [15] 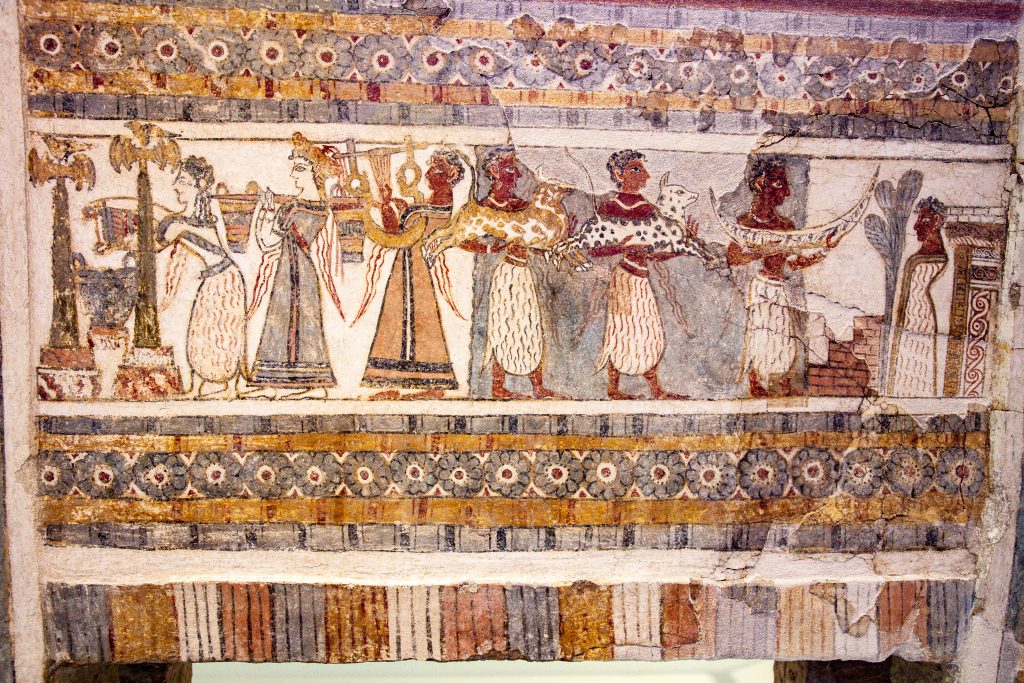 Figure 2: The sarcophagus of Agia Triada

Coming up: The modeled ship | Part 2: The spectator on the aft deck

[1]   Foam-sprung Aphrodite (Aphrogenia) had the largest number of epithets related to the sea: Anadyomene (as having risen from the water), Euploia (good sailing), Pontia (of the open sea), Limenia (of the harbor) and Pelagia (of the sea). On the eastern face of the Parthenon frieze, Aphrodite sits right beside Poseidon, Amphitrite (the wife of Poseidon) and the sea goddess Leucothea.

[4] “The royal Cinyras was sprung from her; and if he had been father of no child, might well have been accounted fortunate—but I must sing of horrible events—avoid it daughters! Parents! shun this tale!” Ovid Metamorphoses Book X, 298–302

[5] “It was I and no one else who invented the mariner’s flaxen-winged car that roams the sea. Wretched that I am—such are the arts I devised for mankind, yet have myself no cunning means to rid me of my present suffering.” Aeschylus Prometheus Bound 467–8.

[8] Proclus’ Summary of the Cypria, attributed to Stasinus of Cyprus. The Epic Cycle, Sourcebook

[9] Proclus’ Summary of the Nostoi, attributed to Agias of Trozen. The Epic Cycle, Sourcebook

[10] “For who does not know how Teucer, the founder of our race, taking with him the ancestors of the rest of our people, came hither over seas and built for them a city and portioned out the land.” Isocrates Niocles or the Cyprians 3.28, translated by George Norlin, on Perseus. “This he [= Euagoras, King of Cyprus] did as an Athenian whose ancestry connected him with Salamis, for he traced his pedigree back to Teukros and the daughter of Kinyras. ” Pausanias, Description of Greece 1.3.2.

[11] “Agapenor, the son of Ankaios, the son of Lycurgus (Lykourgos), who was king after Ekhemos, led the Arcadians to Troy. After the capture of Troy the storm that overtook the Greeks on their return home carried Agapenor and the Arcadian fleet to Cyprus, and so Agapenor became the founder of Paphos, and built the sanctuary of Aphrodite at Palaipaphos (Old Paphos). Up to that time the goddess had been worshipped by the Cyprians in the district called Golgi.” Pausanias, Description of Greece 8.5.2

[15] See, for example, John Younger’s illustration of Symbol 040 at
people.ku.edu/~jyounger/Hiero/SignNotes.html

Pausanias. Description of Greece: A Pausanias Reader, Translation based on W.H.S. Jones, edited, with revisions, by Gregory Nagy