Law and Courts in Ancient Athens: A Brief Overview

When we investigate how the law and the courts of Classical Greece worked, the law of ancient Athens provides most of our source material. This overview will therefore focus on Athenian law in the fifth and fourth centuries, BCE.[1] Before that time, disputes were adjudicated by officials called archons. The archons may have heard testimony from parties and witnesses, may have questioned them, and perhaps the parties were allowed to question each other.[2] However, by the fifth century BCE., Athens had written statues and a formal court system.[3]

Athenian Courts heard two types of cases—private [dikai] or public [graphai]. There were no attorneys or prosecutors. Complaints could only be brought by individuals: our modern concept of a “legal” but not “natural” “person”, such as a corporation or partnership, apparently did not exist. Further, there were no prosecutors, no professional lawyers, and no crime-investigating police. What policing existed was done by non-Athenians, such as the Scythian archers, who hailed from what is now Southern Russia, and they primarily kept order at public ceremonies.[4]

In private cases, only a person with a personal interest in the case (such as a person who had been harmed, or, in the case of a homicide, the family of the deceased) could bring complaints. Public cases were also brought by individuals, but, because they were considered to be of interest to the public, they could be brought by any citizen, that is, any free-born Athenian male over the age of eighteen.

In a private case, litigants were charged court fees, and could settle the case without penalty. However, if the private case went to trial and the plaintiff got less than a fifth of the votes, he would pay a fine of one thousand drachmas and would have to refrain from similar lawsuits in the future. In a public trial, since the state had an interest in punishing a wrongdoer, the parties could not settle without being fined 100 drachmas, but were not charged court fees.[5]

These cases were heard in three types of courts. The first category of courts, hearing the vast majority of cases, were the popular courts [dikasterai], which addressed complaints not involving a killing or wounding.[6] Popular courts met at various locations, primarily near the Agora.[7] 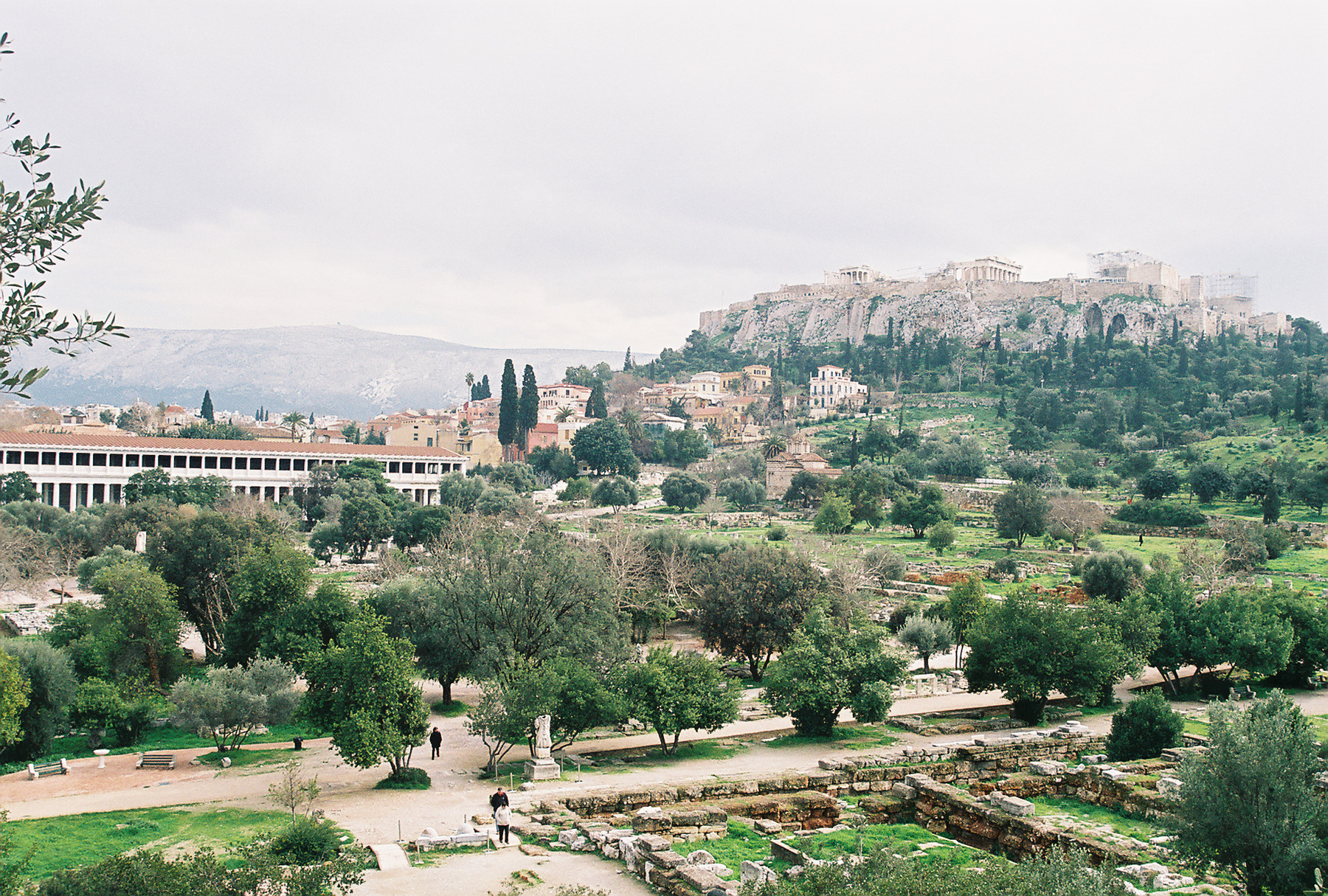 Figure 1:  The Ruins of the Ancient Athenian Agora, with the Stoa of Attalos and the Acropolis in the background

Homicide and wounding cases were heard before the second type of court, and employed more formal procedures than the popular courts. For example, the homicide courts prohibited statements “outside the point,” that is, statements which today’s rules of evidence might classify as irrelevant, while popular courts were more lenient about what statements were acceptable.[8] The homicide courts did not rely on jurors, but on panels of fifty-one elders who served life terms.[9]

Interestingly, homicide cases were brought as dikai, not graphai.[10] However, the public interest in homicide cases is demonstrated by the fact that if no perpetrator of a homicide could be found or convicted, the murder weapon or animal was found guilty and banished or killed to remove the ritual pollution of the killing.[11]

The most well-known homicide court is the Areopagus, the Hill of Ares, near the Acropolis. Other homicide courts included the Palladion, the Dephinion, and the Prythaneion. While the Areopagus was reserved for cases of intentional homicide, the Palladion was reserved for cases of unintentional homicide (today we might classify such a case as the crime of involuntary manslaughter or the tort of wrongful death.) Where a defendant felt he was justified in committing a homicide (as when he discovered his wife in flagrante delicto with another man) he would be tried in the Delphinion. For homicides involving animals, inanimate objects, or unknown persons, the case was brought in the Prytaneion.[12] 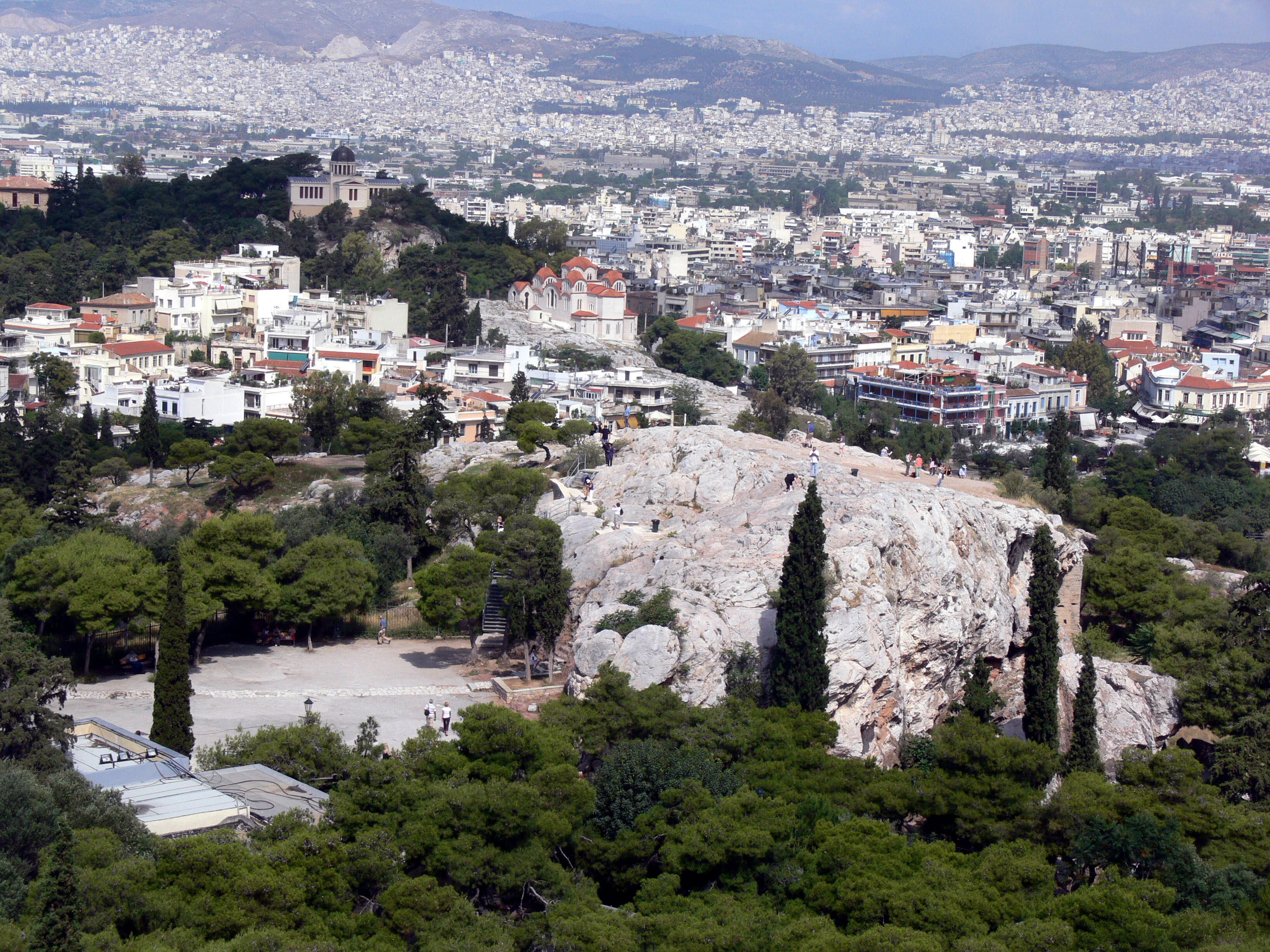 Figure 2: A View of the Areopagus from the Acropolis in Athens

Third were the maritime courts, which may have been popular courts employing the same juries, but with a different set of procedures and rules.  The goal of the maritime courts was to provide predictable outcomes to facilitate commerce. The maritime courts’ cases often involved non-Athenian traders or metics (non-citizens living in Athens). The disputes had to be over written contracts, as opposed to disputes over oral agreements.  The maritime courts, like the homicide courts, employed a rule prohibiting statements outside the issue of the case.[13]

The events before the actual trial resemble what many litigants experience today. As in modern times, a case was initiated by a plaintiff bringing a complaint. The plaintiff was responsible for serving the complaint on the defendant in the presence of witnesses.[14] The complaint was then brought before a magistrate, who was a citizen chosen by lot, who then held a preliminary hearing [anakrisis]. In response to the complaint, a defendant could deny the allegations, deny and raise a paragraphē, or deny there was a cause of action.[15] At these preliminary hearings, the parties could question each other, and had to disclose the evidence they intended to present at trial, including documents and testimony of witnesses.[16] Following the preliminary hearing, the magistrate generally sent a private case not involving homicide to an arbitrator, and a public case directly to the popular court.

Arbitrators were citizens over the age of sixty, also chosen by lot, and their proposed verdicts were not binding; if the parties did not accept the arbitrator’s decision, they could seek to have the matter brought to trial. Since arbitration required the parties to submit all the documents they would use at trial, and those documents would be sealed in a container [echinos], arbitration also served the purpose of pretrial preparation.[17]

Juries in the Popular Courts

Citizens above the age of thirty without a criminal record were eligible to serve as dikastai. Scholars disagree as to whether the dikastai should be called jurors or judges, since their function was essentially both roles. For purposes of simplicity, the term “jurors” is used here. Six thousand such citizens were selected by lot each year.[18] Jurors received a small fee, three obols, for each day spent hearing cases.  This was less than a man could earn for a day’s work, so many juries were composed of men too old to work, as described in Aristophanes’ comedy, Wasps.[19] Jurors were not assigned days to work, but simply appeared when they were willing to serve. It has been estimated each court day required between fifteen hundred to two thousand jurors. On each trial day, juries were selected by lot, and the courts where they were assigned were also selected by lot. Juries in private cases could number between two and four hundred, while public cases could have between five hundred to one thousand jurors.[20]

As in modern proceedings, the plaintiff spoke first, followed by the defendant, and the parties were timed by a water clock [klepsydra].[21] 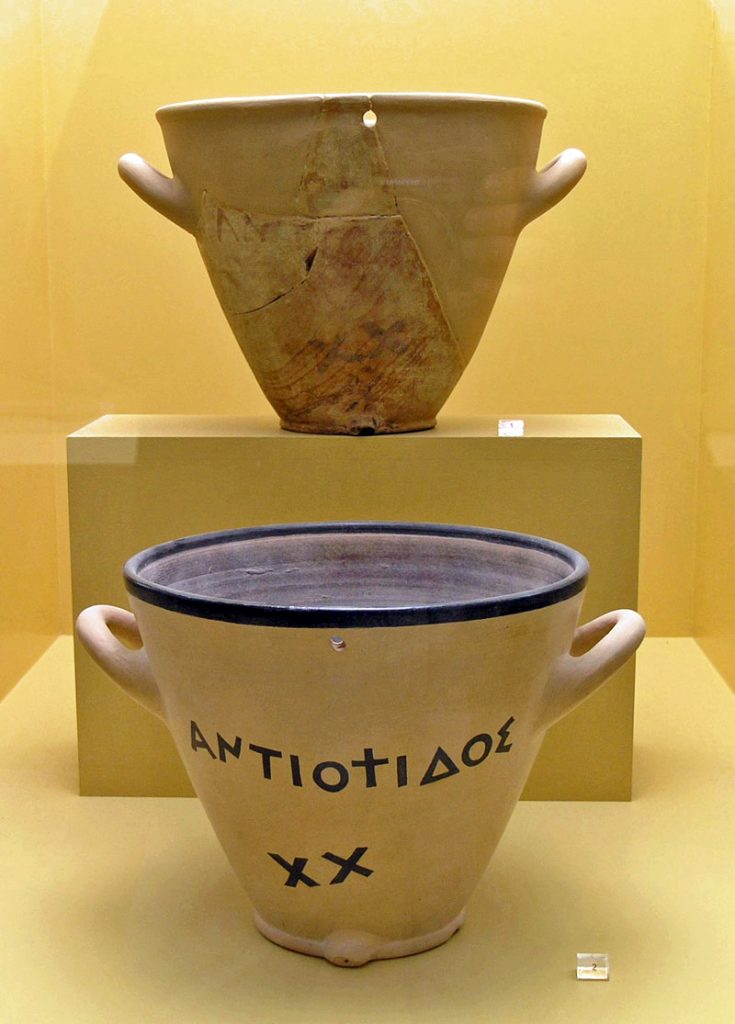 Figure 3: Klepsydra, reconstruction of a clay original from Athenian Agora

Each party was expected to argue his own case before the court. When witness testimony or statutes were read to the jurors, the water clock was stopped, to be restarted when the speaker continued his speech.[22] As part of his presentation, a party could bring in witness testimony, either to be read from a document or later, to be given in person. However, no cross-examination was allowed.[23] If the witness was a slave, his testimony would only be admitted after he had been tortured, because it was thought a slave would not give accurate testimony in the absence of fear.[24]

Often, litigants hired speech writers (logographai), who provided speeches for the parties to deliver. Some of the most famous of these logographai were Antiphon, Lysias, and Demosthenes. The surviving speeches of such men constitute a major source for our knowledge of Athenian law.[25] However, litigants never indicated they were delivering prepared speeches, instead pretending they were speaking extemporaneously, demonstrating their skill at what we today would call rhetoric, with the goal of persuading the jury.[26] Many statements were allowed in the popular courts which today would meet evidentiary challenges such as hearsay and relevance. For example, juries often heard arguments pertaining to the litigant’s previous actions, his relationship to others in the community, and the possible adverse effects of a guilty verdict upon his family.[27]

The magistrate conducting the trial had no role other than to preside. He did not make evidentiary rulings, permit objections, or offer instruction to the jury.[28] At the conclusion of the parties’ presentations, the jurors voted immediately and secretly, and a simple majority decided the case, differing from modern American criminal juries, which must be unanimous. There were no jury deliberations as in modern courts. In the case of a tie, the accused was found not guilty.[29] However, the later addition of an extra juror to create an odd number prevented this.[30]

Jurors’ ballots were two discs with rods through the centers—a solid rod for the defendant, and a hollow rod for the plaintiff. The jurors dropped ballots to be counted in one container and ballots not to be counted in another container, covering the rods so their votes remained unknown to others. Then the votes were counted and the verdict announced.[31]

Some laws provided a set penalty for a conviction, but, if not, the parties could propose penalties and a second vote would be taken to determine which would be imposed.[32] There was no appeal from the verdict of the jurors. A losing party could try to bring an action against the winner on other grounds, but that was his only recourse.[33]

The trial was also a public event, and it was common that those who had not been chosen as jurors, or men in town for the day on other business, would spend time at the courts, watching the proceedings. It was being taken to such proceedings by his tutor that inspired the young Demosthenes to become a logographos.[34]

In summary, if we were to bring legal proceedings in ancient Athens, we would find many of the procedures and customs foreign and confusing. Modern attorneys might experience particular difficulty confining themselves to a one-day trial. However, the basic principles of the presentation of pleadings and evidence, the right to have one’s side of the story heard, and decisions made by one’s fellow citizens, would function two thousand five hundred years ago just as they do today.

[4] Bers, Victor, and Adriaan Lanni. 2003. “An Introduction to the Athenian Legal System.” 3. http://www.stoa.org/projects/demos/article_intro_legal_system?page=3&greekEncoding=UnicodeC.

[5] Panezi, M. 2017. “Update: A Description of the Structure of the Hellenic Republic, the Greek Legal System, and Legal Research.” available at http://www.nyulawglobal.org/globalex/Greece1.html

[15] Chroust, 343.  A paragraphē might be described as a “counter indictment,” indicating the case brought against the defendant was not proper, and asserting the plaintiff was in the wrong.  The denial of the existence of a cause of action, without an accompanying complaint against the plaintiff, appears to have functioned somewhat like a modern motion to dismiss for failure to state a cause of action.  See Fed. R. Civ. P. Rule 12(b)(6), allowing the defense of failure to state a claim to be brought by motion, and Rule 13, addressing counterclaims. For a useful list of terms used in ancient Greek law, see “A Glossary of Athenian Legal Terms.” http://www.stoa.org/projects/demos/article_law_glossary.

[21] Wolpert and Kapparis, 2011. xix—xx.  So how could one defend against if one was in exile and could not come back into Athens?  In such cases, the defendant stood on a boat offshore at a place called Phreatto, while the jury listened from the beach.  Freeman. 1963. 16.

____
Kelly Lambert is a member of the Kosmos Society.

Coming soon: you can also use the search icon (magnifying glass) at the top right of the page.

Hint: you can also find articles by category under the menus.

Hint: you can also find this index under the "Read articles" menu. 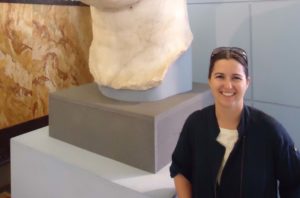 
Welcome
New to Kosmos Society?
Introduce yourself in the Forum!
The Kosmos Society powered by WordPress and The Clear Line Theme