The travelogue of the Homeric Odyssey can be split into four distinctive parts which may be envisaged as follows: the passage through the Aegean Sea; the Cyclopeia, which takes place in the Mare Lybicum off the northern coast of Africa; the blockages to his return by the Sirens, Scylla, Charybdis, Hēlios Hyperíōn and Kalypsō; and finally the period on Scheria and the return to Ithaca. During this time Odysseus is the “versatile [polu-tropos] man, who in very many ways veered from his path and wandered off far and wide, after he had destroyed the sacred citadel of Troy. Many different cities of many different people did he see, getting to know different ways of thinking [noos].”[1]

By the end of the third phase, the story leads Odysseus to the location that is farthest away from Delphi which was the center, or “navel,” of the world [ὀμφαλός γῆς, omphalós gēs]. This far-away concept location, which the Odyssey describes as “where is the navel of the sea” [omphalós thalάssēs][2] is symbolized by a four-fold fountain flowing in four directions. The name of the island is Ogygia and the above descriptions suggest that its imagined location is antipodal [antípous; “with the feet opposite”] to Delphi. The enormity of the distance between Ogygia and the Greek world is demonstrated to us in two parts. Firstly, there is an eighteen-day crossing with an improvised craft from this imagined navel of the sea to the idealized world of the Phaeacians. Next there is a dreamlike one-night passage from the land of the Phaeacians back to Ithaca.

It is at the start of the narration of this eighteen-day crossing that the epic takes some time to describe to us the construction of an improvised craft that will carry Odysseus on this journey. The story tells how Kalypsō selects the trees. Odysseus then cuts the trees and axes them smooth. He bores holes in them. He configures them into a raft that is as wide “as the beam of a large vessel”[3]. This last aspect forms the argument of my story.

Firstly, here is the well-known description of the raft of Odysseus:

Then, when she had shown him where the best trees grew, Kalypsō, shining among divinities, went home, leaving him to cut them, which he soon finished doing. He cut down twenty trees in all and axed them smooth, squaring them by rule in good workmanlike fashion. Meanwhile Kalypsō, the shining goddess, came back with some augers, so he bored holes with them and fitted the timbers together with fasteners [γόμφος, gómphos; “peg, nail, bond”] [4] and ropes [ἁρμονία, harmoniā]. He made the raft [σχεδίη, skhedíē] as broad as a skilled shipwright [τεκτοσύνη, tektosúnē] makes the surface [ἔδαφος, édaphos] of a large [εὐρύς eurús] vessel [φορτίς, phortís], and he filed a half-deck [ἴκρια, íkria] on top of the ribs [σταμίνες, stamínes] and ran a gunwale [ἐπηγκενίδες, epēnkenídes] all round it. He also made a mast [ἱστός, histós] with a yard arm [ἐπίκριον, epíkrion] [5], and a rudder [πηδάλιον, pēdálion] to steer with.

He fenced the improvised craft all round with wicker hurdles as a protection against the waves, and then he threw on a quantity of wood. By and by Kalypso, the shining goddess, brought him some linen to make the sails [ἱστίον, histíon], and he made these too, excellently, making them fast with braces [ὑπέρα, hupéra] and brails [κάλος, kálos] [6]. Last of all, with the help of levers [μοχλός, mokhlós], he drew the improvised craft down into the water. In four days, he had completed the whole work, and on the fifth shining Kalypso sent him from the island after washing him and giving him some clean clothes.
Homeric Odyssey 5.241–264, adapted from Sourcebook

Next, we compare the Homeric description of Odysseus’ skilled carpentry [τεκτοσύνη, tektosúnē] to the techniques and materials used during a recent reconstruction of the Akrotiri Thera ship, which is the ship that it is depicted on the fresco of the West House at Santorini (see image 1). 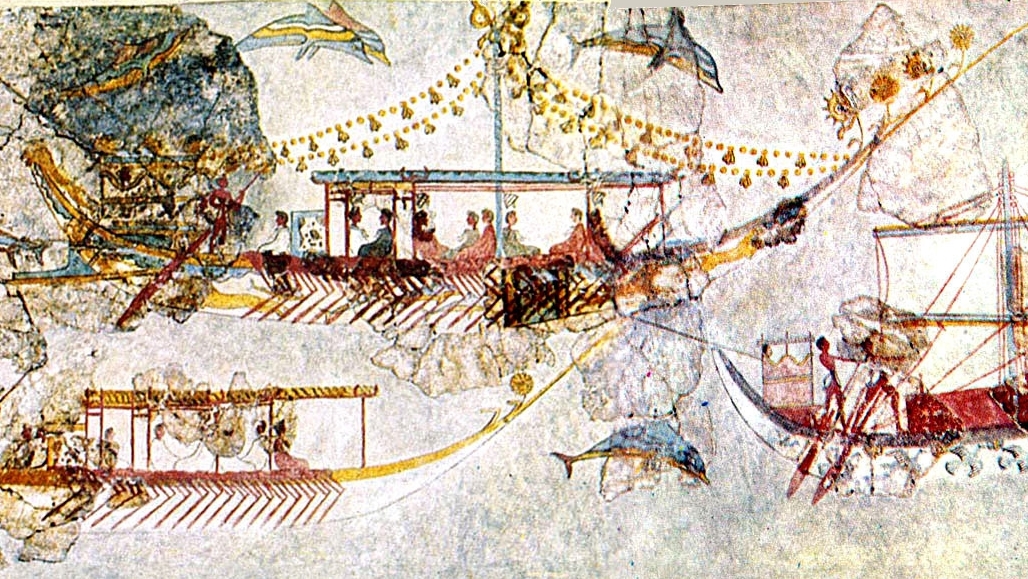 Figure 1: The Akrotiri Thera ship as depicted on the fresco of the West House at Santorini

An operating replica of this ship was built in the period from 2001 to 2004, in the area of the Eastern Venetian dockyards of the Chania old Harbor, Crete. Experienced carpenters and ship builders from Chania participated in the project, which was organized under auspices of the “Ancient Shipbuilding and Technology Research Institute NAUDOMO” and the Nautical Museum in Chania.[7] 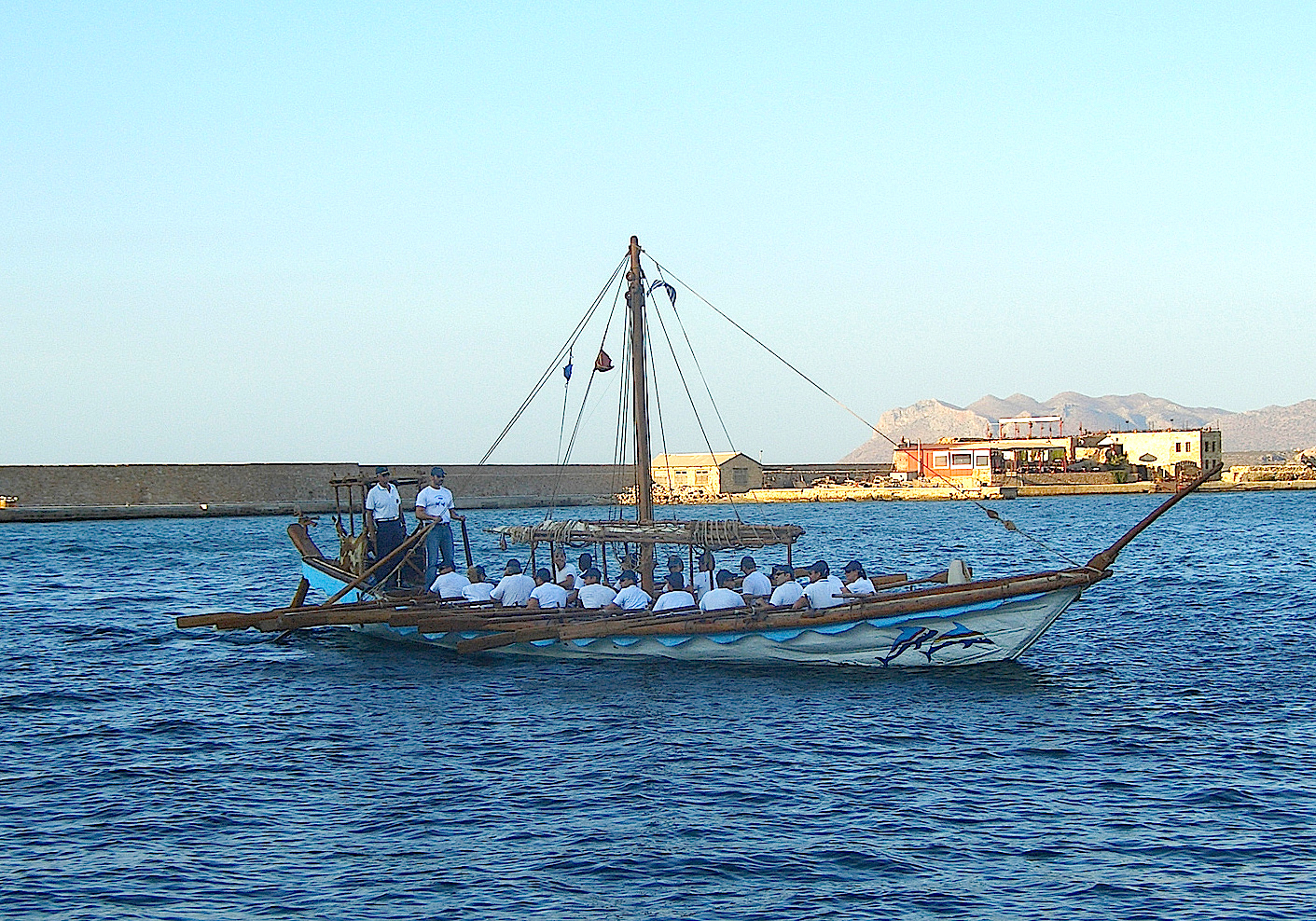 Figure 2: The Minoa sailing through the Chania old Harbor, Crete

The construction of the Minoa began with the selection of 20 cypress trees; the length of the highest trees, 22–24 m [= approx 72–79 feet], determining the length of the envisaged ship. Local shipwrights axed them smooth and squared them by rule in good workmanlike fashion. Holes were drilled into the cypress logs with augers.

A 22-meter-long cypress trunk was then selected to form the keel and was bent into the desired shape, using cable pull and heat (see image 3). 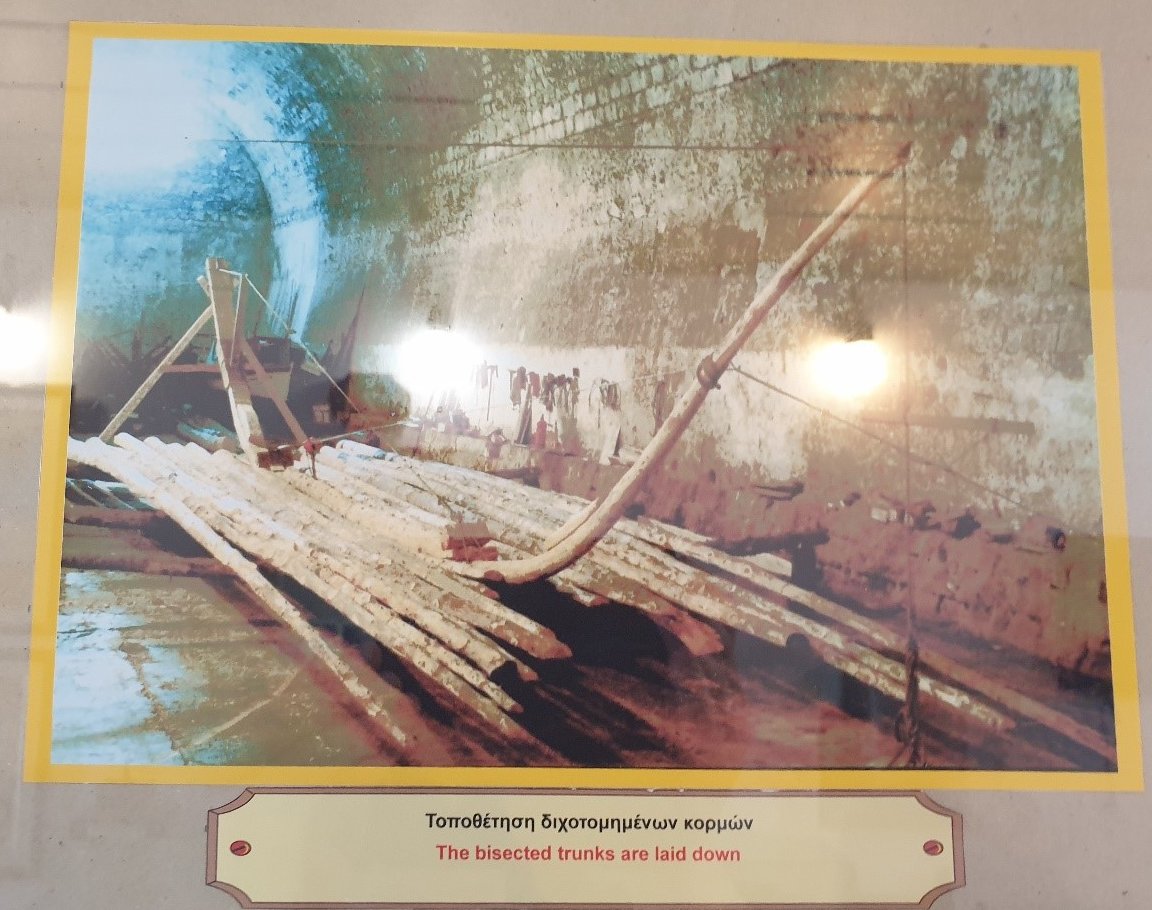 Figure 3: The bisected trunks are laid down to form a raft

The halved tree trunks were then laid out and put side by side. They were lashed with ropes to form a “raft”; the width of the raft equaling the developed length from side to side, measured over the beams and bottom of the ship.[8]

With pulleys the sides of the raft were pulled up, thus creating a semi-cylindrical body, which was tightened with ropes, thus creating the intended shape of the large vessel. They fitted the ribs to the inside of the hull form and made a half-deck on top of it. A hogging truss, the “hupozōma”, was rigged from end to end along the middle line of the hull, to resolve the longitudinal strength issues that are inherent to the design of a ship with large overhang fore and aft. 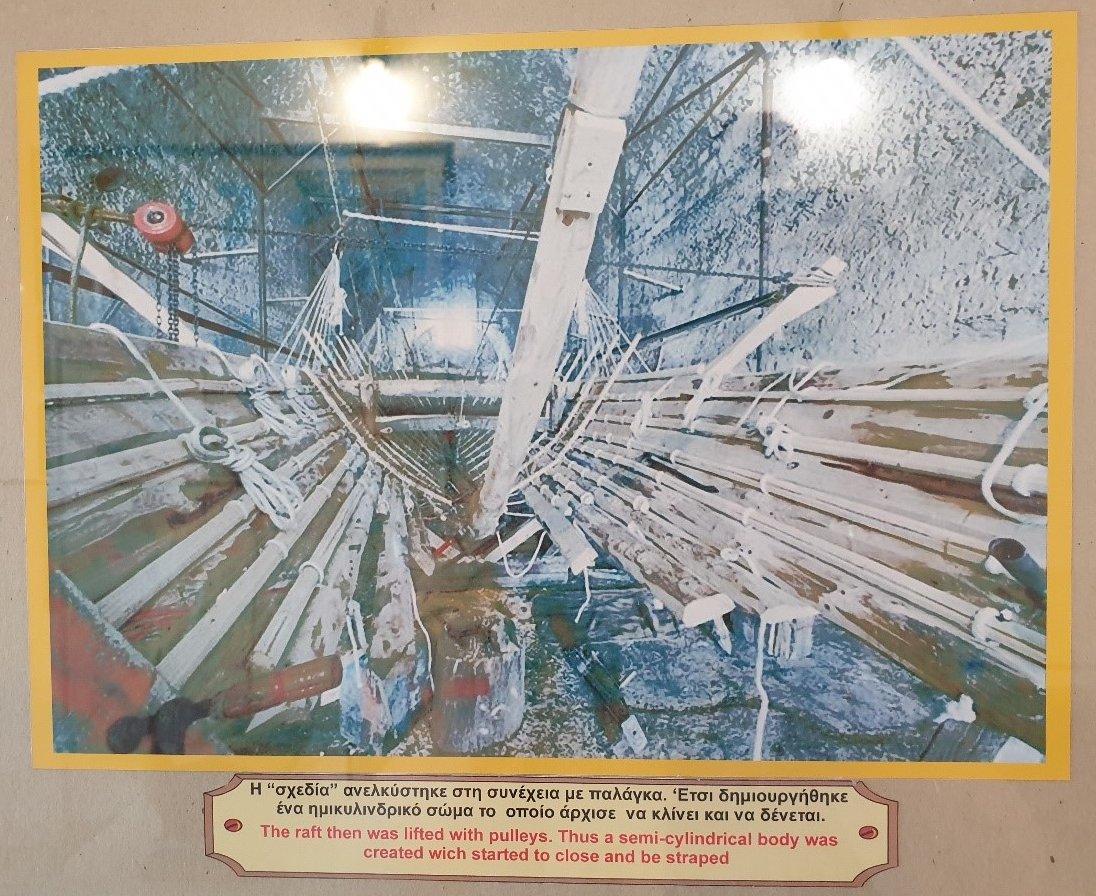 Figure 4: The raft was lifted by pulleys, forming a semi-cylindrical body

Next, determining the shape of the gunwale was based upon a review of illustrations of the Akrotiri Thera ship, and assessing these drawings from a local shipbuilder’s point of view.

Following the conclusions of this research, the gunwale was envisaged as a frame in the shape of the letter “A”; an “A-frame”. The application of the A-frame widens the aftbody and adds structural strength, allowing the thole pins [kleídes] to be placed further aft (see image 6). For this purpose, two trunks of selected cypress were installed alongside the railing of the ship, their tips joined at the bow. Further towards aft the two trunks form part of the secure handrail. In the stern a thwart beam, perpendicular to the two trunks of cypress creates the bracket of the letter “A”. Furthest aft, the trunks bend towards each other and gradually tighten the free ends of the “A”, which now protrude from the hull. 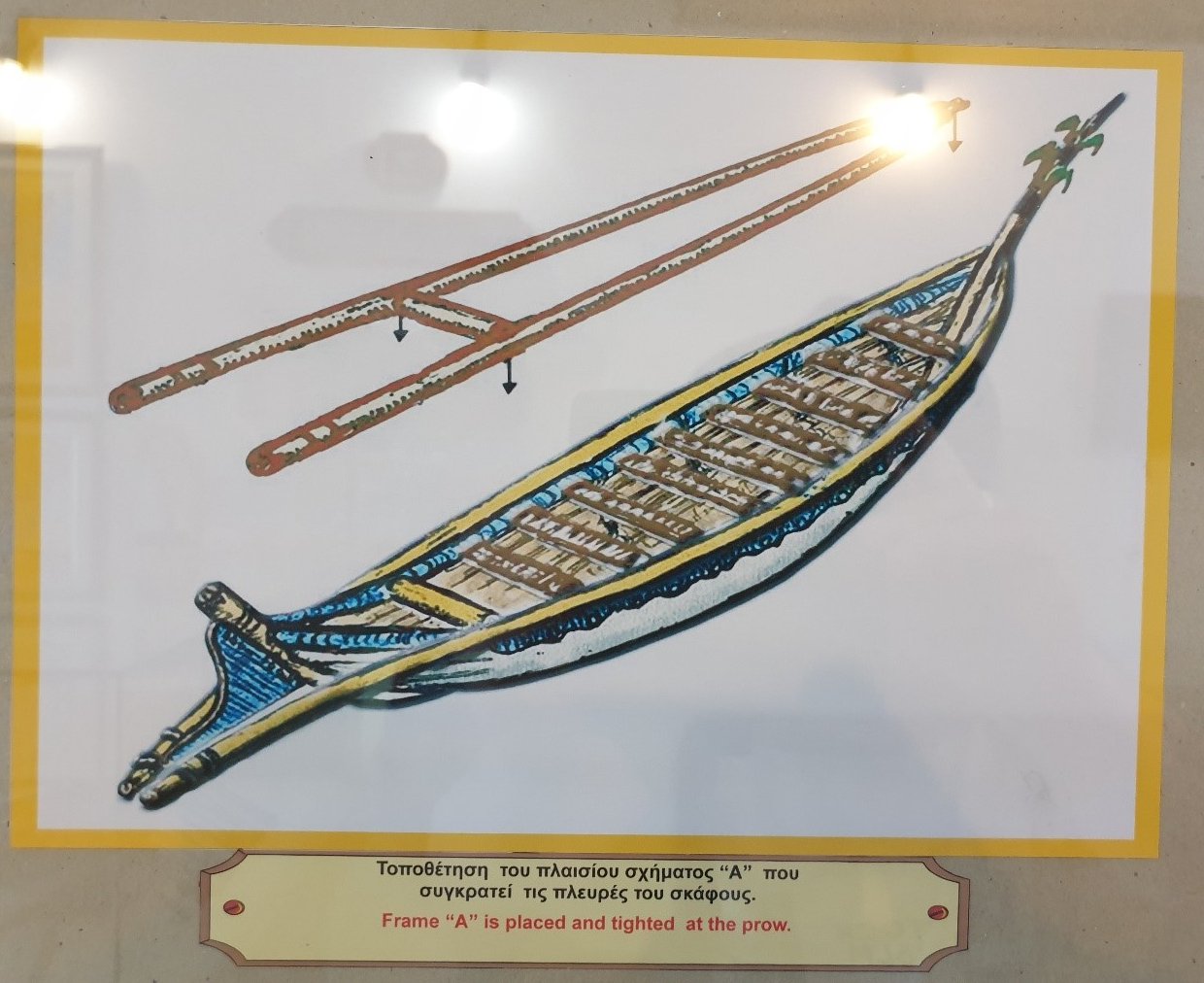 Figure 5: Schematic of the A-frame being placed and tightened at the bow

The tightening of the ends of A-frame results in the characteristic protrusion [embolos] behind the stern as we know it from the Akrotiri Thera ship (see image 6). Next, they installed a mast with a yard arm, and a two rudder-oars to steer with. At the stern an open cabin was built. Furthermore there are seats for eleven pairs of oars, a gangway, and a box structure in the middle of the ship, where the rectangular sail is housed when the ship is not at sea.[9]

The entire hull was made water-tight, using traditional caulking methods; the gaps between the trunks were stuffed with ropes soaked in a mixture of beef fat and resin. Lastly the entire hull was sealed with a white fabric impregnated with the same mixture, which was later decorated with drawings in the Minoan style. 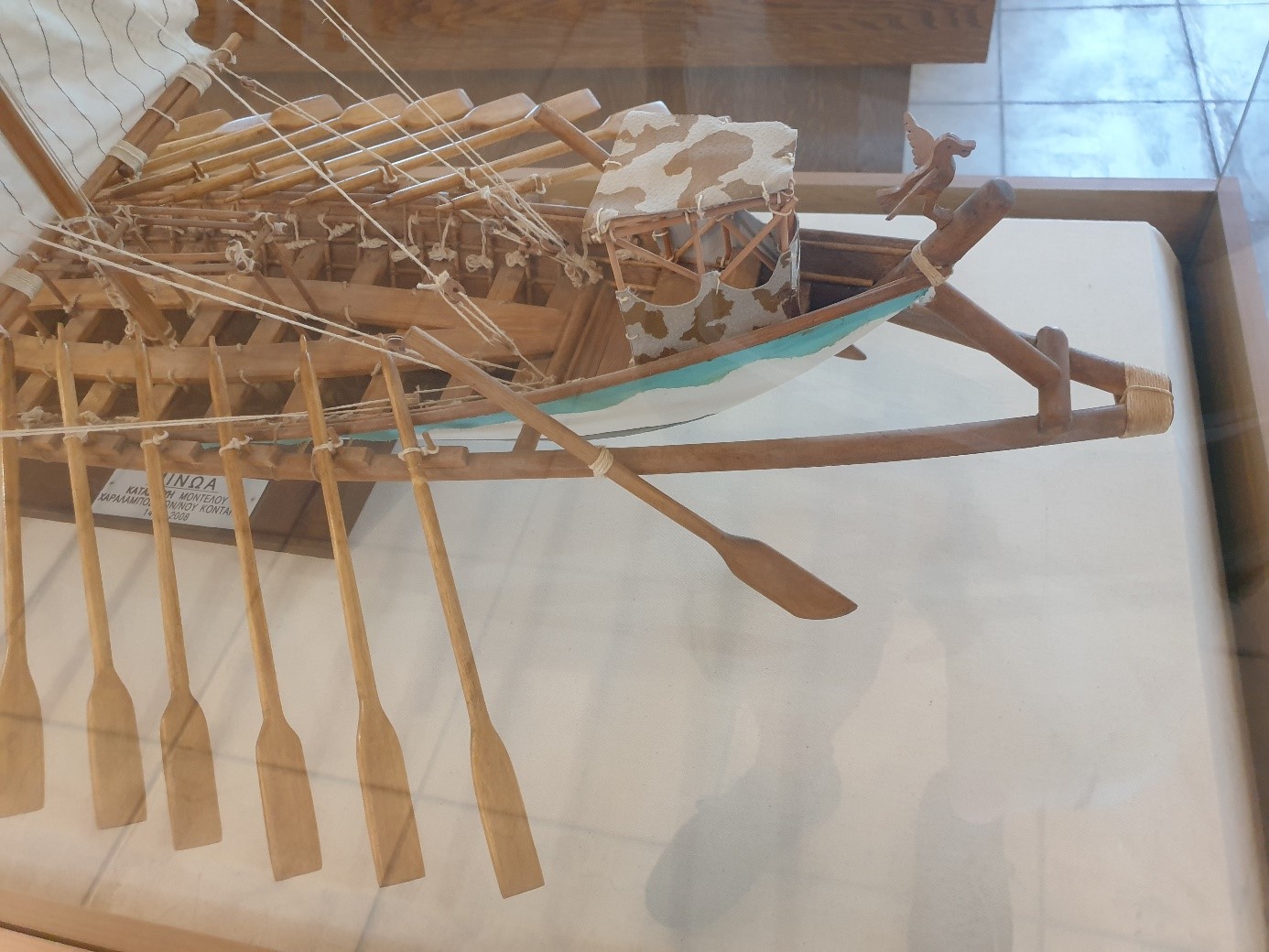 Figure 6: Scale model of the Minoa showing the A-frame protruding from the stern

I wonder—when Homeric epic describes to us the construction of an “improvised craft,” does it give us a glimpse at the Minoan predecessor of the ancient ship of Central Greece?

The construction was completed with a name-giving ceremony that took place on December 1st, 2003. In 2004, the year of the Olympic Games in Athens, the Minoa sailed to Piraeus to bring olive branches to honor the winners of the Marathon run at the Olympics. Together with the Eleftheria, a replica of the Kyrenia ship, she belonged to the escort of the Athenian Trireme Olympias[10]. All three ships could be visited at the exhibition of reconstructed ancient ships.

[2] “It is an island covered with forest, in the very middle [omphalós thalάssēs] of the sea, and a goddess lives there, daughter of the magician Atlas”. Homeric Odyssey 1.50–52.

[4] When Hesiod talks about ships, he sometimes uses the adjective polugomphos “many-nailed”. Pindar, Pythian 4 [466 BCE] on the use of iron in constructing ships: “…which, in length and breadth, exceeded a fifty-oared ship, wrought by iron-nailing blows” (verses 245–247, translation by Steven J. Willett 2001, on Perseus.) This iron could refer to hammer or nails. The research paper of John F. Coates on the building of the trireme Olympias says that iron nails were used. He describes how “metal spikes were driven and clenched over. Spikes were of copper that was slowly superseded by iron from about the 3rd century.” (Coates, John F. 1990. Research and Engineering Aspects of Reconstructing the Ancient Greek Trireme Warship. SNAME Transactions, Vol 98, 1990, p 249).

[6] Brails; the lines for lowering or reefing the sail. The sails were rigged like window blinds: letting out full sails was done by slackening off on every brail. The brails were made fast to the foot of the sail and were rigged through fairleads along the forward surface of the sail. From there, they were run over the yard and to the stern. Using this system, sails could be set and removed.

[8] [ἔδαφος, édaphos]; ”the developed length from side to side, measured over the beams and bottom of the ship”.

[9] “When they had come inside the harbor they furled the sails and laid them in the ship’s hold; they slackened the forestays, lowered the mast into its place.” (Homeric Iliad 1.464)

Figure 1.
The Akrotiri Thera ship as depicted on the fresco of the West House at Santorini. Details of some ships of the “Thera Flotilla Fresco”: Akrotiri Westhaus Schiffsfresko.
Public domain via Wikimedia Commons.

Figures 3–6:
The following images were published by courtesy of Manolis Petrakis, Commodore (M) HN, ret., Chairman of the Maritime Museum of Crete.
Figure 3: The bisected trunks are laid down to form a raft.
Figure 4: The raft was lifted by pulleys, forming a semi-cylindrical body.
Figure 5: Schematic of the A-frame being placed and tightened at the bow.
Figure 6: Scaled model of the Minos showing the A-frame protruding from the stern.