In the spring of 479 BCE, although defeated at Salamis, the Persians were still in control in most of the Ionian cities. Their citizens revolted against this and asked Athens for support. In response, 40 triremes of the remaining Athenian fleet, under command of Xanthippus, joined the allied fleet of 110 triremes which was under the command of King Leutychides II of Sparta. They defeated the Persians at Mykale in a successful raid. After Mykale, decisions had to be made on whether to continue the counter attack, or to return to Greece.

The siege of Sestos

After the successful raid on Mykale the Greeks sailed back to Samos but not before taking on board the booty and burning the Persians’ ships.[1] On Samos, they assembled in a naval council [sunédrion] to debate the future of the Greeks from Ionia.[2] The Spartan king and návarkhos Leutychides argued that with the liberation of mainland Greece, the objective had been attained.[3] It would be difficult to defend Ionia against further Persian attacks, and to establish a long-term security for the Asian Greeks would prove impossible. Evacuation of the Ionian population back to Greece, he argued, would be the only method of permanently freeing them from Persian dominion.

Xanthippus, the Athenian stratēgós at Mykale, rejected this reasoning; the Ionian cities had been Athenian colonies and the Athenians, if no-one else, would protect the Ionians. The Spartans then realized that Athens would profit from their absence and it was reluctantly agreed that the Hellenic alliance would remain in operation. The next mission was announced as going to the Hellespont to take possession of the cables of the bridges that Xerxes left behind during his retreat. In fact, however, the next steps would involve the siege of Sestos, and the siege of Byzantion—modern day Istanbul.[4]

In the sunédrion at Samos was the first sign of the break-up of the Hellenic alliance against a common enemy. The naval strength of this successful alliance had enabled Greece to withstand the Persian invasions. The foundation of it had been established already in 510 BCE, when Cleisthenes and his followers reformed the political structure of Attica. His leadership had paved the way for Themistoklẽs, who established Athens as a naval power.

The allied fleet firstly sailed to Abydos, a city on the Asian coast at the narrowest point of the Hellespont. This target was motivated by the intention to break down the floating bridges that Xerxes built. The floaters of the bridges were never to be seen and the Peloponnesians under command of Leutychides then decided to sail home.[5] 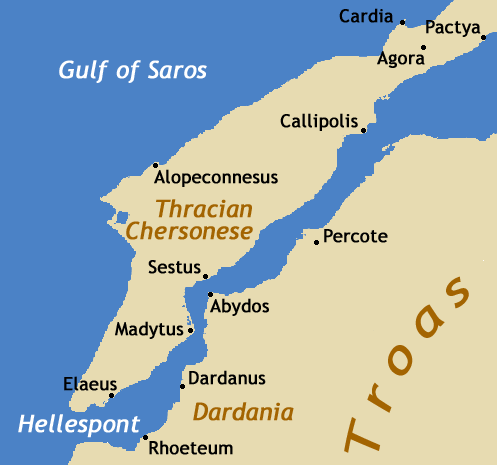 The Athenians then picked up a rumor that a man called Oeobazus of Cardia had taken possession of the cables and other equipment, and had transported them to Sestos; a strong town, located on the European coast of the Hellespont, opposite to Abydos and still under control of the Persians. The Athenians and their new allies from Ionia and the Hellespont, all under command of the Athenian stratēgós Xanthippus, remained to lay a siege around Sestos. After several months, the ill-prepared city ran out of food. The Persians fled at night, thus allowing the Athenians to take possession of the city.[6] The Athenians then “pacified” the region, killing some of the Persians and crucifying their leader Artayctes.

Having completed all this and tired of the siege, the Athenians sailed back to Piraeus, taking the cables from the bridges with them as trophies.[7] This is where Herodotus ends his Histories. Only then the Greek seamen could return to their children and wives, rebuild their homes and their cities of which only isolated portions had been left standing and of which most was in ruins.[8] 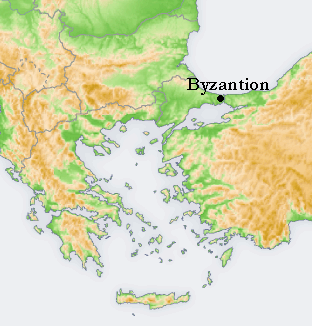 In 478 BCE, a fleet composed of 20 Peloponnesian, 30 Athenian ships and a multitude of other allied ships, now under command of the Spartan general Pausanias, firstly sailed to Cyprus.[9] The Athenian leaders were Aristides and Kimon. The aim of the raid was to drive out the Persians and to gather as much treasure as possible from this center of Persian naval power.[10] After succeeding in the latter, the allied fleet sailed back through the Aegean Sea, to Byzantion, a city located on the European side of the Bosporus, at the south-western exit where it flows into the Sea of Marmara. 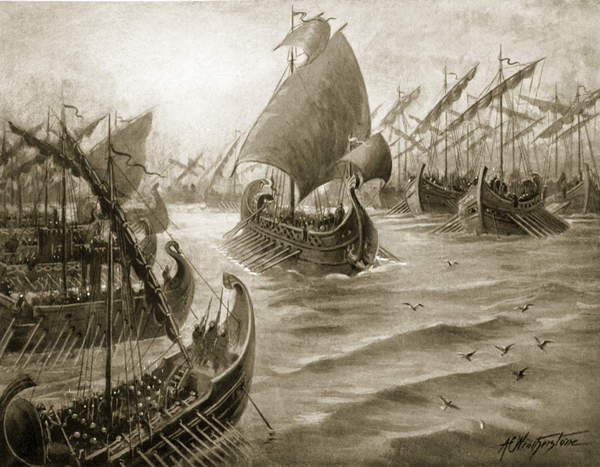 Byzantion had always been a strategic key position because it covered both the land connection between Europe and Asia and the sea connection between the Aegean and the Black Sea. Here the ships used to pass by, providing Athens and other Greek cities with grain from present-day Ukraine and with valuable goods from in Amasra and Kromnos and the silverland Alybe.[11] 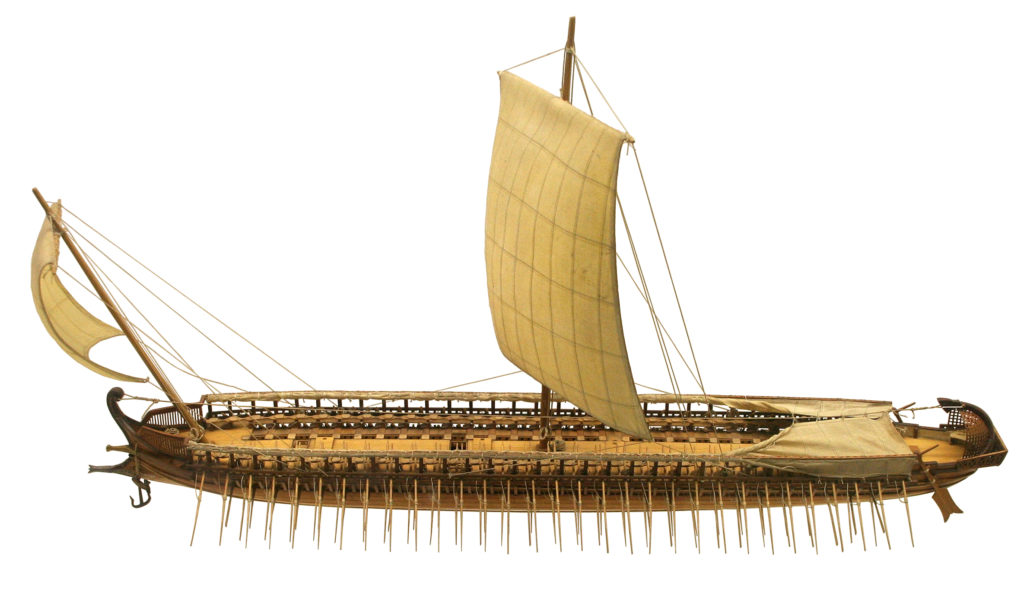 Byzantion was founded as a colony of the Dorian cities of Megara, Argos and Corinth (c. 667 BCE). Just opposite, on the Anatolian side of the Bosporus, was Chalcedon, a settlement of Megara dating from some seventeen years before Byzantion (c. 685 BCE). The location of Chalcedon, however, was so inferior to Byzantion, that a Persian general allegedly suggested that the Chalcedon’s founders must have been blind and referred to Chalcedon as the “City of the Blind”.[13]

At the time that the Greek allied fleet arrived, probably at the end of the year 478 BCE, both Byzantion and Chalcedon were still in the hands of the Medes. The Greek marines captured the city after a siege, but the historians do not reveal too much of the detail. The free access to the Black Sea had now been restored, allowing Greece to enter a period of relative peace and prosperity, sometimes called the pentēkontaetia (“period of fifty years”). 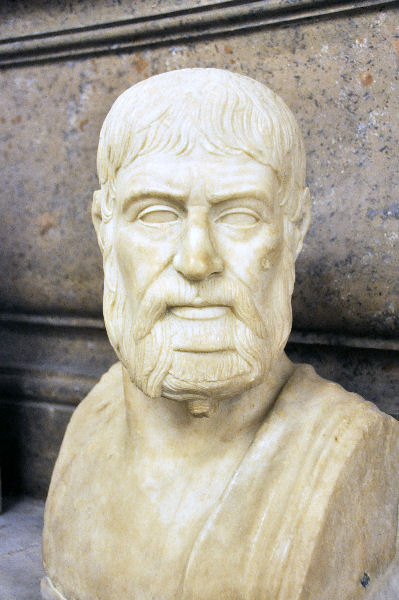 Possibly blinded by his success in securing the Bosporus for Greece, however, the Spartan general Pausanias started to develop behavior that was not in line with the disciplined character of the Spartans. In Sparta, Pausanius had been a regent but, notably his ambition grew to the level that he wanted to be the tyrant not only of Sparta, but of the whole of Greece. For this he allegedly collaborated with Xerxes, who offered him troops and money. He alienated himself from the Athenians and the Thracian population by dressing up as a Persian satrap and when he journeyed through Thrace, his guards were Persians and Egyptians.[14] His behavior was arrogant and violent and—according to the Athenian tradition—in painful contrast to the just behavior of both Kimon and Aristides.[15]

By the end of 478, Pausanius was suspected of conspiring with the Persians and recalled to Sparta.16 His treachery, however, could not be proven and he returned to Byzantion to resume his intrigues. In the next seven years following the capture of Byzantion, his influence on the city and its government would be large enough for some to call him the “Founder of Byzantion”.17

2 A sunédrion was a “sitting together”, hence “assembly” or “council”; compare Hebrew “sanhedrin”.

3 Apparently by this time, the victory of the Greeks at Plataea had been officially confirmed. The title of Leutychides, “návarkhos”, was used in cities that lacked an established naval tradition, such as Sparta. In Athens the commander of the navy held the same title as the commander of the land forces; “stratēgós”.

10 Pausanius was a Spartan general. For a while he was also regent of Sparta. He was the son of General and former regent Cleombrotus, the brother of the famous King Leonidas I. Ultimately, he would be suspected of “Medism” [Mēdismos]; collaboration with the Persians.

11 Long before the histories that are described in this section, Agamemnon, in his last effort to stop the on-going decline of the Mycenaean era, colluded with the kings of Paphlagonia—in which Amasra and Kromnos and the silverland Alybe—to open this area. For this he was supported by traders from Miletos who wanted to operate from Sinope. Traditionally Alybe is connected to “Trabzon”, Trapezius, an Armenian city in the south-eastern corner of the Black Sea.

12 This model of a Greek trireme is rigged not only with the main mast and sail, but also with the akation; the smaller sailing gear at the bow. The akation also served as the emergency sailing gear.

15 Aristides, who had been in the battle of Marathon, like his rival Themistoklẽs and the later poet Aeschylus, was known as “the Just”. [Herodotus, Histories 8.79 and Plutarch, The Life of Kimon 5.2-3.

17 Justin ix.1 and Isidorus, Origines 15.1.42, according to William Smith, Ed., A Dictionary of Greek and Roman biography and mythology.

Rien is a member of the Kosmos Society. 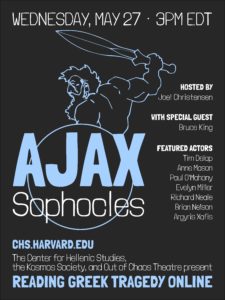