Kimon: the siege of Eion, Skyros, and Naxos

The siege of Eion

In 478 BCE, after Pausanias had been recalled from Byzantion, the leadership of the Hellenic League was taken over by the Athenian stratēgós Kimon II.[1] The remaining members of the Hellenic League, assembled in a council [sunédrion] on the holy island of Delos, decided to form an alliance led by Athens, while Sparta and its allies withdrew into the original Peloponnesian League. The objective of this newly formed Delian League was the continuation of the counter-attack against the Persians, clearing the Aegean Sea of pirates, securing Athenian access through the Hellespont and Bosporus, and to further avenge the wrongs that the Persians had done to them. The number of the allies would vary between 150 and 330.

To maintain the good spirit of the alliance, Kimon notably decided to split the spoil of Sestos and Byzantion into two parts. In the first lot, he put the Persian captives, and in the second lot their wealth. He then invited the allies to choose one of the lots, saying that the Athenians would be content with whichever one they left. At that time Kimon came off with the reputation of being a great leader, but “of being a ridiculous distributor, since the allies had their gold anklets and armlets and collars and jackets and purple robes to display, while the Athenians got only naked bodies ill-trained for labour.”[2] Aristides, reputed for being both just and smart, then became responsible for fixing the contributions of the members of the Delian League and for dividing the spoils of war.[3] To do this properly, the League brought together a treasury that was kept at the sanctuary of the god Apollo at Delos.[4]

The Persians, however, still had a stronghold in Thracian Macedonia, which was the city of Eion, “where there are abundant forests for ship-building, much wood for oars”[5]. In the autumn of c. 477 BCE (possibly it was one or two years later), the fleet of the Delian League, under command of Kimon, sailed from Byzantion to attack Eion.[6] The Persians retreated into the city after which Kimon offered them terms on which they could return to Asia. The Persian commander Boges, possibly not expecting a warm welcome by Xerxes, refused the offer. When the city ran out of food, Boges threw his treasure into the river Strymon and killed his entire household, and himself.[7] Kimon then turned the course of the River Strymon, making it flow against the city walls after which the mud brick fortifications dissolved.[8] The Athenians then captured the city, enslaved the population and killed the Thracian collaborators. 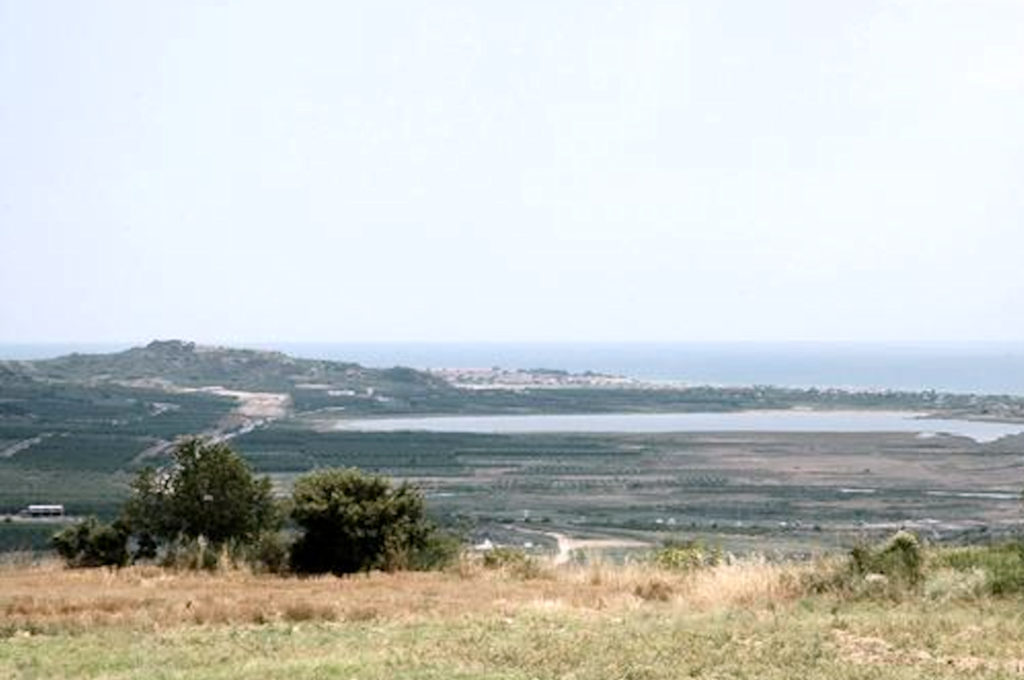 Figure 1 – The ancient Persian fort at Eion (left) and the mouth of the Strymon (right).[9]

In the middle of the Aegean Sea, halfway between Athens and the Hellespont is a group of scattered islands which are the Thessalian Sporades. The southern most of these islands is the island of Skyros.[10] In 475 BCE, Kimon conquered the entire island and defeated the original inhabitants, Pelasgians and Dolopians, who were “poor tillers of the soil. So they practiced piracy on the high sea”[11]. The Athenian settlers that followed in his wake then colonized the island and it became part of the Athenian Empire. Kimon notably found the remains of Theseus[12] and returned them to Athens in his trireme.[13]

By 474 BCE, the islands and the coast of the Aegean Sea and the Sea of Marmara were freed of the Persians. The Etruscans, their fleet being destroyed by the 200 triremes that were mobilized by Syracuse, did not form a threat against the Greeks any more, allowing the focus of the Greeks to move from the Aegean Sea and the west, towards the eastern Mediterranean, where the Persians remained to be a threat.[14]

The trade network of Athens then reached from the Crimea to Egypt, and as far west as Marseille. The navy served to protect those trade routes. The sea powers outside the Delian League were Corinth, Corfu, and Syracuse.

Naxos, the island of Dionysus, was the first member of the league to attempt a withdrawal from the too tight Athenian control (c. 471–469 BCE)[15], but not successfully. The allied forces besieged Naxos and subjugated them, “contrary to Hellenic right”[16].

As said, Naxos was the island of Dionysus, but he originates from much farther east. Here is one of the many stories that go with him which survived:

S. Dionysus on his way to Naxos saw a small plant which exited his wonder. He dug it up, and because the sun was hot sought shelter for it. Looking about he saw the bone of a bird’s leg and he placed the plant in it to keep it safe, but the plant grew and grew, and looking further about for a larger covering he came upon the leg-bone of a lion. Unable to detach the bird’s bone he placed the whole inside the lion’s bone. But again it grew and grew and, as he looked about, he came upon the leg-bone of an ass and placed the whole thing in that. So he came to Naxos and, when he planted the first vine, he could not detach it from its coverings, so he buried the lot together. Then the vine grew grapes and men made wine, and drank for it from the first time! At first when they drank they sang like birds; then, continuing, they grew strong like lions; but continuing thus, they last of all became foolish as asses.[17]

Another tradition says that Dionysus firstly arrived on the island from the east while Theseus and Ariadne arrived there from the west:

The ship on which he sailed was an Etruscan pirate ship and the crew carried the young god as a prisoner, hoping to sell him on the slave market. When Dionysus became aware of their intentions, he smiled and made a vine sprout out of the hull which clambered up the mast and messed up the sails and the rigging. The oars came to life and turned into huge serpents. He transformed himself into a roaring lion causing the crew to jump overboard where he turned them into dolphins. The steersman, the only one who realizes that they had captured a god, survived and was blessed. Dionysus ordered a fair wind to bring him to Naxos. There he found Ariadne; sleeping and deserted by Theseus.[18] 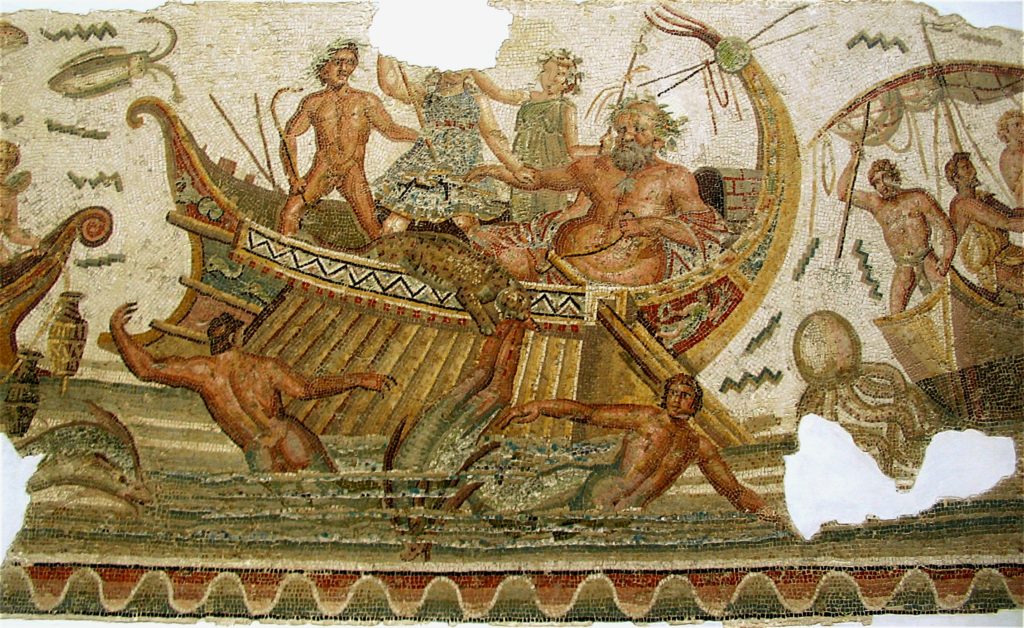 Figure 2: Panther-Dionysus scatters the pirates, who are changed to dolphins.[19]

1 Kimon was an Athenian statesman and general—a son of Miltiades, the victor over the Persians in the Battle of Marathon. After the Battle of Salamis he was elected to the rank of Stratēgós. He was the successor of Aristides.

9 The ancient Persian fort at Eion (left) and the mouth of the Strymon (right) seen from Ennea Hodoi (Amphipolis). Author (photo) Lendering J. 2019.

10 The name of the group of islands of which Skyros is part, the Sporades, means “those scattered”. The name of the island Skyros may derive from skyron or skiron, meaning “stone debris”.

15 The Naxian revolt was ongoing during the flight of Themistocles (Plutarch Themistocles 25) given as a date of about 469 BCE (Perrin’s footnote 2); Thucydides The Pelopponesian War 1.136. Later revolts were by Eurymedon, followed by Thasos which started in the same year as the death of Xerxes, 465 BCE, and took two years. So the likely dates for the start of the revolt of Naxos are between 471 and 469.

16 Thucydides The Peloponnesian War 1.98. Jowett’s footnote 3 dates the end of the siege to 466 BCE.

19 Panther-Dionysus scatters the pirates, who are changed to dolphins except for Acoetes, the helmsman. Mosaic located in the Bardo National Museum of Tunis, Tunisia.

Homeric Hymn to Dionysus. Translated by Gregory Nagy. Online at the Center for Hellenic Studies:
https://chs.harvard.edu/CHS/article/display/6467

Pausanias Description of Greece: A Pausanias Reader, Translation based on the original rendering by W.H.S. Jones, 1918 (Scroll 2 with H.A. Ormerod), containing some of the footnotes of Jones. Translation edited, with revisions, by Gregory Nagy. Online at the Center for Hellenic Studies:
https://chs.harvard.edu/CHS/article/display/5896.description-of-greece-a-pausanias-reader

Figure 1 – The ancient Persian fort at Eion (left) and the mouth of the Strymon (right). Source Livius.org. Author (photo) Jona Lendering 2019. Provided under CC0 1.0 Universal license (notice under the photograph in the description page of the photograph). https://en.wikipedia.org/wiki/Eion#/media/File:Persian_fort_at_Eion_seen_from_Amphipolis.jpg

Rien is a member of Kosmos Society.