We were excited to welcome Natasha Bershadsky, Paul M. Bardunias, Christian Cameron, and Giannis Kadoglou for an Online Open House entitled “Experimental Archaeology of Ancient Greek Warfare.” The event took place on Friday, July 17 at 11:00 a.m. EDT and was recorded. You can watch the video on the Center for Hellenic Studies YouTube Channel or in the frame below.

Mentioned during the discussion: 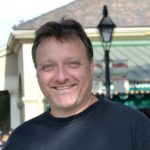 Paul M. Bardunias received his PhD from the University of Florida and studies self-organization and swarm behaviors in social insects. He is also a Greek, whose family hails from Sparta, and was reared on tales of ancient warfare. As he read the works of modern historians on hoplite warfare, it became clear that many of the issues the authors found most contentious could be resolved by applying the concepts of self-organization to men in combat. The process by which minimally-trained troops executed seemingly complex maneuvers on a battlefield, synchronized their efforts in combat, and even routed can be informed by watching a school of fish or a murmuration of starlings move almost as a single creature. He is the author of numerous scientific articles on group movement and nest construction in social insects, as well as articles on ancient warfare and the book Hoplites at War. 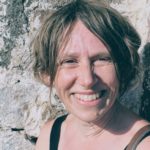 A research subject that I am most interested in is the employment of myths and rituals in the political developments of the Archaic and Classical periods. My book in preparation explores ritual and mythological aspects of long-running border conflicts in Archaic Greece and their creative transformations by the democracies of the Classical period. My other project is an investigation of Hesiod’s hero cults, their connection to Hesiodic poetry and their political use in the Archaic and Classical periods. I am a Fellow in Ancient Greek History and in Poetry at the Center for Hellenic Studies. I received my PhD degree from the University of Chicago, my BA degree from the Hebrew University of Jerusalem, and was born in Moscow. 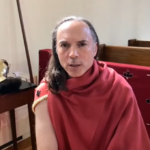 Christian Cameron was born in Pittsburgh, Pennsylvania in 1962. He grew up in Rockport, Massachusetts, Iowa City, Iowa, and Rochester, New York, where he attended McQuaid Jesuit High School and later graduated from the University of Rochester with a degree in history.

After the longest undergraduate degree on record (1980–87), he joined the United States Navy, where he served as an intelligence officer and as a backseater in S-3 Vikings in the First Gulf War, in Somalia, and elsewhere. After a dozen years of service, he became a full time writer in 2000. He lives in Toronto (that’s Ontario, in Canada) with his wife Sarah and their daughter Beatrice, currently age seven. He attends the University of Toronto when the gods move him and may eventually have a Masters in Classics, but right now he’s a full time historical novelist, and it is the best job in the world. 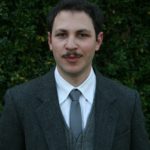 Giannis Kadoglou was born in Alexandroupolis, Northern Greece, in 1988. Like any good hoplite he studied agriculture in the Alexander School of Agricultural Technology of Thessaloniki, and lives in Alexandroupolis, where he maintains a pear farm. Since 2016 he has worked as a luthier of Greek folk instruments, and he continues to exercise his lifelong occupation as a musician.
His active research into historical reconstruction was inspired by the experimental archaeology of historian and author Peter Connolly. He found others with this passion on online forums specialized on Greek and Roman warfare, where he met some of his lifelong companions in the research and interpretation of ancient sources and reconstruction of Greek material culture. He has collaborated with various museums in Greece both for the promotion of research in the reconstruction sector and for the education of the public in the usefulness of reenactment and experimental archaeology in our understanding and interpretation of the ancient sources.
He founded the reenactment group “Rhesidae” based in Northern Greece in 2011, and that same year he contributed to the organization of the first international reenactment of the battle of Marathon which took place in the historical battlefield. In 2015 he was part of the organization committee of the second Marathon event in Greece, which helped to establish a closer relationship between local authorities, museums and educational institutions in Greece, with historical reenactors. He is currently a member of the organization committee for the reenactment of the battle of Plataea, in the town of Plataea, Greece.

Join these Forum discussions!
Abraham/Iphigenia
Marriage
What happens to ships?
The motif of the fallen hydria
Maritime Vocabulary V