Video—CHS Open House: Iliad 9, and the responses of Achilles, with Leonard Muellner and Gregory Nagy 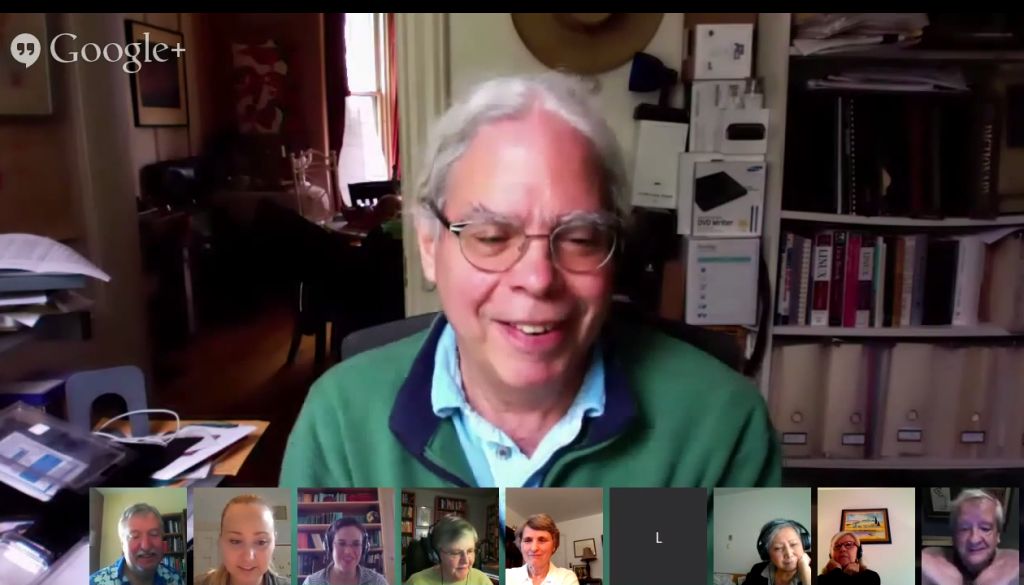 We were pleased to welcome Professor Leonard Muellner, Professor Gregory Nagy, and Allie Marbry, for another Open House. The conversation this week (shown in the video below), centered on Iliad Scroll 9, with a focus on the way that Achilles responds to Odysseus, Phoinix, and Ajax during the Embassy, giving particular attention to the following focus passages:

So long as I fought the Achaeans Hector did not let the battle range far from the city walls; he would come to the Scaean gates and to the oak tree, but no further.

[355] Once he stayed to meet me and hardly did he escape my onset: now, however, since I am in no mood to fight him, I will tomorrow offer sacrifice to Zeus and to all the gods; I will draw my ships into the water and then victual them duly; tomorrow morning, if you care to look, you will see

[360] my ships on the Hellespont, and my men rowing out to sea with might and main. If Poseidon the shaker of the earth grants me a fair passage, in three days I shall be in generous Phthia.

“Phoenix, old friend and father, I have no need of such honor. I have honor [timē] from Zeus himself, which will abide with me at my ships while I have breath

[610] in my body, and my limbs are strong. I say further – and lay my saying to your heart – vex me no more with this weeping and lamentation, all for the gratification [kharis] of the great son of Atreus. Love him so well, and you may lose the love I bear you.

[615] You ought to help me rather in troubling those that trouble me; be king as much as I am, and share like honor [timē] with myself; the others shall take my answer; stay here yourself and sleep comfortably in your bed; at daybreak we will consider whether to remain or go.”

622… And then Ajax stood up among them, 623 the godlike son of Telamon, and he said: 624“Odysseus, descended from the gods, noble son of Laertes,

[625] let’s just go, for I see that there is no fulfillment [teleutē] that will come from what we say [= the mūthos]. 626 No, on this expedition, there will be no action resulting from words. We must go and tell the news as soon as possible 627to the Danaans, even though what we say [= the mūthos] will not be good for those 628 who are waiting to receive it. As for Achilles, 629 a savage feeling [thūmos] does he have embedded in his chest, which holds within it that great heart of his.

[630] What a wretched man he is! He cares nothing for the love [philotēs] of his comrades [hetairoi]. 631 With that love we honored him more than all the others over there by the ships. 632 He is pitiless. If a man’s brother or son has been killed, 633 that man will accept a blood-price [poinē] as compensation for the one who was killed, 634 and the one who caused the death, having paid a vast sum, can remain in the locale [dēmos],

[635] while the other one’s heart and manly feeling [thūmos] are checked, 636now that he has accepted the blood-price [poinē]. But for you, [Achilles,] a bad and relentless 637 feeling [thūmos] have the gods put into your chest, and this, all because of just one girl, 638 just one,” whereas we now offer you the seven best we have, and much else into the bargain. Be then of a more gracious mind,

[640] respect the hospitality of your own roof. We are with you as messengers from the army of the Danaans, and would be held nearest and dearest [philtatoi] to yourself of all the Achaeans.”

[645] you have spoken much to my liking, but my blood boils when I think it all over, and remember how the son of Atreus treated me with contumely as though I were some vile tramp, and that too in the presence of the Argives. Go, then, and deliver your message;

[650] say that I will have no concern with fighting till Hector the radiant, son of noble Priam, reaches the tents of the Myrmidons in his murderous course, and flings fire upon their ships. For all his lust of battle, I take it

You can watch the recording of the event event on Google+  or watch below:

Community members are continuing to discuss these passages in the forum.

Selection of references mentioned during the conversation:

One Response to Video—CHS Open House: Iliad 9, and the responses of Achilles, with Leonard Muellner and Gregory Nagy