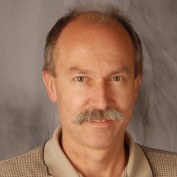 We were pleased to welcome Professor Graeme D. Bird (Gordon College) for a special CHS Open House Discussion. Professor Bird, who is both a classicist and jazz musician, joined members of the Hour 25 and CHS community for a discussion about Homeric poetry, multitextuality, and jazz.

For a general introduction to Bird and his work, read “Homeric Variations: Interview with Classicist and Jazz Musician Graeme Bird” on the kleos@CHS blog.

You can watch on the Center for Hellenic Studies YouTube channel, or watch below.

Here is a PDF of the slides that were displayed during the conversation: Homer_and_Jazz:_Slides

The focus passages for this discussion are:

Iliad Scroll I 1–8
[1] Anger [mēnis], goddess, sing it, of Achilles son of Peleus— 2 disastrous [oulomenē] anger that made countless pains [algea] for the Achaeans, 3 and many steadfast lives [psūkhai] it drove down to Hādēs, 4 heroes’ lives, but their bodies it made prizes for dogs
[5] and for all birds, and the Will of Zeus was reaching its fulfillment [telos]— 6 sing starting from the point where the two – I now see it – first had a falling out, engaging in strife [eris], 7 I mean, [Agamemnon] the son of Atreus, lord of men, and radiant Achilles.
Iliad Scroll III 326–339
The others took their several stations, each by his horses and the place where his arms were lying, while radiant Alexandros, husband of lovely-haired Helen, put on his goodly armor.
[330] First he covered his legs with greaves of good make and fitted with ankle-clasps of silver; after this he donned the cuirass of his brother Lykaon, and fitted it to his own body; he hung his silver-studded sword
[335] of bronze about his shoulders, and then his mighty shield. On his comely head he set his helmet, well-wrought, with a crest of horse-hair that nodded menacingly above it, and he grasped a terrifying spear that suited his hands. In like fashion warlike Menelaos also put on his armor. 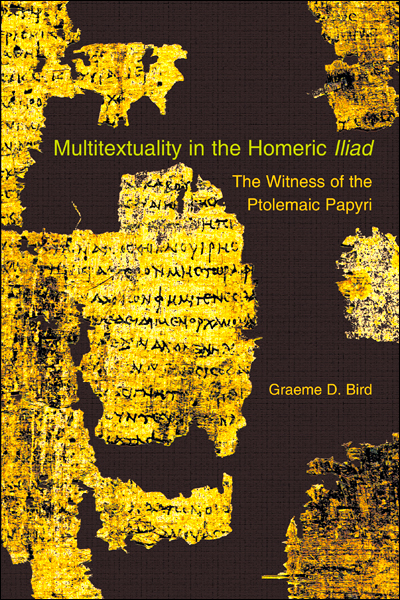 Dr. Bird is a native of New Zealand and Associate Professor of Linguistics and Classics at Gordon College. He is also a participant in the Harvard-affiliated Homer Multitext Project and Lecturer in Extension at Harvard’s Division of Continuing Education, where he currently teaches courses on Mathematics and the Greeks and Quantitative Reasoning: Practical Math. His teaching and research interests include Greek and Latin language and literature, Indo-European linguistics, and early English literature. He is the author of Multitextuality in the Homeric Iliad: The Witness of the Ptolemaic Papyri and “Critical Signs—Drawing Attention to ‘Special’ Lines of Homer’s Iliad in the Manuscript Venetus A” in Recapturing a Homeric Legacy: Images and Insights from the Venetus A Manuscript of the Iliad (3.5 MB PDF download). He enjoys exploring the connections between such diverse disciplines as Homeric poetry, historical linguistics, Greek mathematics, computer programming, and jazz improvisation.