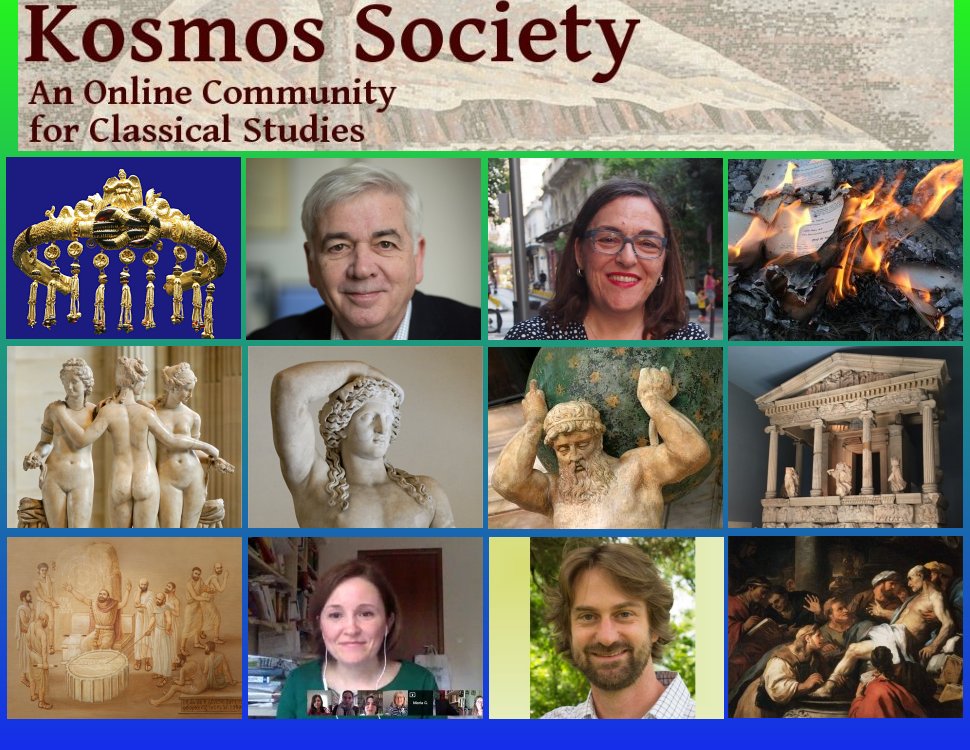 Whether you are new to the group, or would like to catch up with items you might have missed or want to revisit, welcome to this round-up of highlights from the content, community, and conversation at Kosmos Society over the past year.

January saw changes to the community’s identity as the former “Hour 25” became the Kosmos Society, reflecting its broader scope.

You can find a complete list of previous video discussions on the “Online Open House” page.

We shared a number of resources to support members’ and visitors’ learning, including continuing discussions of the Odyssey featuring Gregory Nagy, Douglas Frame, and Leonard Muellner. You can find the videos listed on the “Learn” page, here. Look out for further sessions coming up!

We also shared news on the site about resources at The Center for Hellenic Studies and elsewhere, including the Homer Multitext project, the Online Repository of Particle Studies, performances from the Antigone Project Phase II, and news about the National Library of Greece.

This year’s guest posts, designed to lead to further discussion in the forums, included some written by individual members, and others written collectively by groups. They included posts on subjects as diverse as:

There was an ongoing series featuring passages in which Core Vocabulary terms from H24H are used in different contexts. You can find links to these and to posts from previous years on the “Core Vocab” page.

You can browse through the blog posts either by following the “Next Page” link at the bottom of the Home page or any blog post, or by using the “Find Blog Posts” functions on the right-hand side of the Home page.

Some members prefer to use the forums for discussion, others prefer to meet in Hangouts, and others use both.

Selections for the new year will include varied classical reading both from primary texts and from secondary sources.

The community is welcoming new members who are joining the group from HeroesX and from elsewhere. However long you have been a member, you can jump in, take an active part in discussions or activities, and help to shape the future of the Kosmos Society. Here’s to 2018!