Students from high schools in Greece, India, the Netherlands, and the United States recently participated in the second phase of the Antigone Project, which invites students to film and share their own performances of the Antigone of Sophocles, with the goal of engaging in a meaningful comparative dialogue with fellow participants from around the globe.

In this continuation of the Antigone Project, the tragedy was divided into nine sections, and each student group selected one of the passages and performed it in the language of their choice, with complete freedom with regard to staging, costumes, and props. The videos below are diverse in their interpretation, but common to all is the passion with which the students bring to life the ancient drama. They interpret with fierce clarity the struggle between individual conscience and legal authority, religious obligation and the rule of law, and their performances expose the abuses of power and suffering associated with these conflicts.

After filming their passages and sharing them with each other through the CHS Kosmos community, the student groups will meet online to discuss their experiences. In addition to their chosen passage, student groups performed the “Ode to Man” (lines 334–384), a famously beautiful and complex choral ode that begins with the word deinos, which is one of the most ambiguous words in the ancient Greek language, meaning both “wonderful” and “terrible.” The online conversation will begin with this selection before embarking on an exploration of the students’ differing approaches to the text, the performance, and the characters. We will share their observations with you in a separate blog post, as well as their comments about their performances, and who they feel is the hero of the tragedy, Antigone or Creon.

In the months ahead, we aim to complete a composite production of Sophocles’ ancient drama. Through the use of modern technology, and with the tremendous reach of the HeroesX course and the Kosmos Society, we believe that the students can engage in creating a modern and global festival Dionysia.

I think the girls have been very fortunate for having been given this wonderful opportunity to participate in such a prestigious and creative venture. This experience is one they will cherish forever and I am deeply grateful to you and your team for having devised and organised it. In spite of the technological leaps the human race has taken, there are all kinds of glitches that separate us into different worlds. But this extraordinary project removed all barriers and brought all of us closer in our mission of international-‘oneness’.
—Lipi Sarma, Team Coordinator of the Modern High School for Girls, Kolkata, India

Note: to select subtitles, click on the Tool button at the bottom of the video playback, and choose the language you prefer. 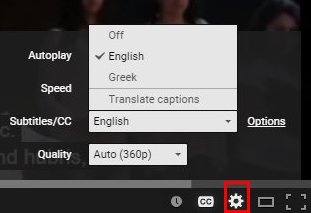 Performed in Dutch (with English subtitles)