Note also these inscriptions here, ‘Know thyself’ and ‘Avoid extremes,’ how many philosophic inquiries have they set on foot, and what a horde of discourses has sprung up from each, as from a seed ! And no less productive of discourse than any one of them, as I think, is the present subject of inquiry. 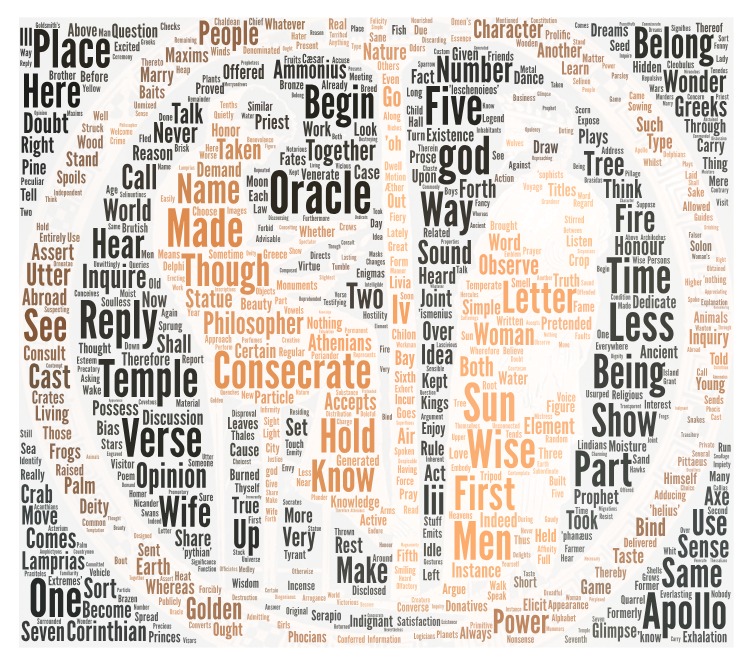 This month the Book Club readings are by Plutarch.

According to the Oxford Classical Dictionary[1] he was born before 50 CE and died after 120 CE. He spent most of his life in Chaeronea, but also traveled to Athens, Egypt, and Rome. His works include rhetoric, treatises, and dialogues.

For the last thirty years of his life, Plutarch was a priest at Delphi. A devout believer in the ancient pieties and a profound student of its antiquities, he played a notable part in the revival of the shrine in the time of Trajan and Hadrian, and the people of Delphi joined with Chaeronea in dedicating a portrait bust of him.” (page 1165)

We will be reading selections from two works which throw light on the philosophy and practices at the shrine, and the consultation of oracles—these works are also referred to by their Latin titles, although they were written in Greek:

You can read as much or as little as you like from either or both works.

We will start and continue discussion in the Forum, and will meet via Google Hangout on Tuesday, February 26 at 11 a.m. EST (and initially at  5 a.m. EST if there is demand.)

Both texts are available in a translation by :
Thomas George Tucker and Arthur Octavius Prickard at archive.org

And here are individual links to each work:

The E at Delphi:

The Oracles of the Pythia