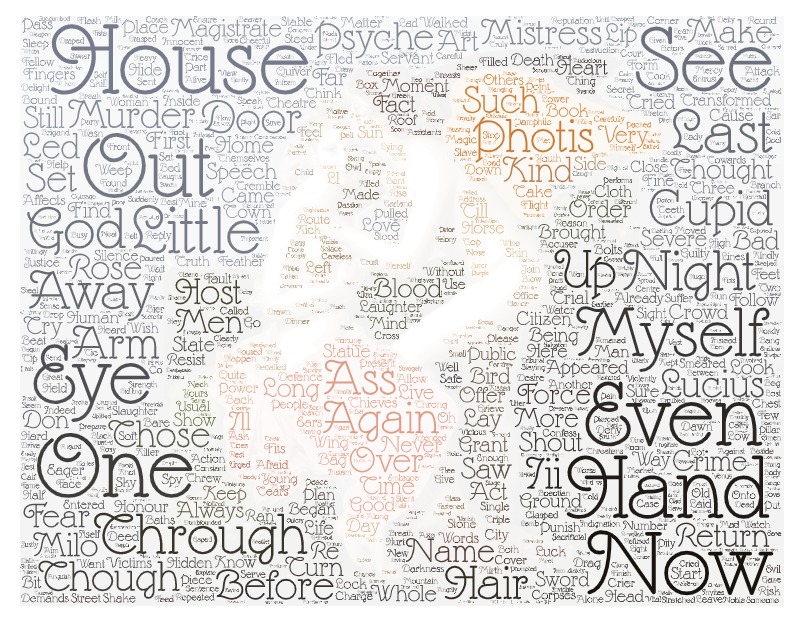 Now! I’d like to string together various tales in the Milesian style, and charm your kindly ear with seductive murmurs, so long as you’re ready to be amazed at human forms and fortunes changed radically and then restored in turn in mutual exchange, and don’t object to reading Egyptian papyri, inscribed by a sly reed from the Nile.
From Book I:1 Apuleius’ address to the reader, translated by A.S. Kline

Our summer “long read” selection for July and August will be from the novel by Lucius Apuleius, Metamorphoses, also known as Transformations or The Golden Ass.

Apuleius was born in the Roman colony of Madaura in Morocco, early 2nd century CE. He inherited money from his father, and traveled to study in Carthage and Athens, where he studied Platonic philosophy. Later, down on his luck, he was helped by Thyasus in Corinth, and became initiated in the mysteries of Isis. He went to Rome and studied oratory, then traveled to Asia Minor and Egypt learning about philosophy and religion. He was also a priest of Asclepius. [1]

This work is probably based on either Lucius of Patra’s novel The Ass or Lucian of Samosata’s Lucius, or the Ass. Apuleius incorporated well-known stories and folk tales, “but, taking hints from passages in Plato’s Phaedo and Republic he turned it into a neat philosophical allegory of the progress of the rational soul towards intellectual love.” [2]

For July we will read Books I–VI (chapter titles taken from Kline’s translation):

You can read any translation you like. Here are links to some free online versions:

Translation by A.S. Kline at Poetry in Translation

Translation by William Adlington (1566) with original spelling, at Project Gutenberg

The Latin version is available at Perseus.

We will start and continue discussion in the Forum, and meet via Zoom on Tuesday July 27 at 11 a.m. EDT; the link will be posted in the Forum on the day.

Note that the Robert Graves translation has different chapter numbering (so Books I–VI correspond to his chapters I–IX).