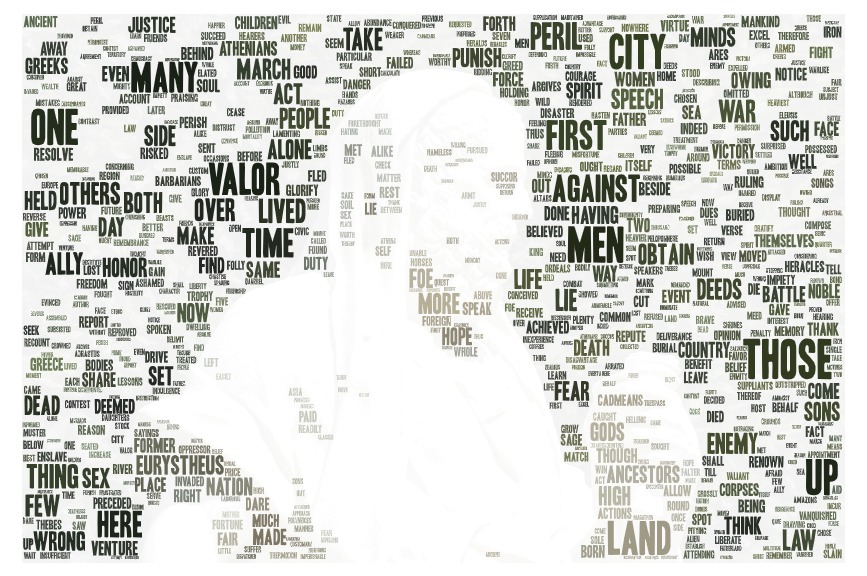 If I believed it possible, friends who are attending this burial, to set forth in speech the valor of the men who lie here, I should have reproved those who gave me but a few days’ notice of having to speak over them. But as all mankind would find all time insufficient for preparing a speech to match their deeds, the city itself therefore, as I think, taking forethought for those who speak here, makes the appointment at short notice, in the belief that on such terms they will most readily obtain indulgence from their hearers.[1]

Our next Book Club selection is Lysias: Orations.

According to Plutarch[2], Lysias was born in Athens in 459 BCE, and was initially educated there, but when he was 14 he went to Sybaris (Thurii) where he received his portion of his father’s estate. After 33 years there he was banished back to Athens, where he settled for 7 years until he was again banished after the Thirty Tyrants usurped the government. After a narrow escape, and losing his possessions, he lived in Megara. For his good behavior and assistance at Phyle, he was reinstated and awarded citzenship. However, since this occurred during a time that was considered anarchy without authority of the senate, so the decreee was overturned. He remained a citizen with no rights to vote or hold office.

Despite his unsettled existence, he left behind many orations, numbering in the hundreds, although Plutarch notes that some were not considered genuine. Plutarch comments:

He was very cogent in his persuasions, and was always very brief in what [p. 26] he delivered. He would commonly give orations to private persons. There are likewise his institutions of oratory, his public harangues, his epistles, his eulogies, funeral orations, discourses of love, and his defence of Socrates, accommodated to the minds of the judges. His style seems plain and easy, though hardly imitable. …

So, now you can judge his style for yourselves!

You can read any edition you like. Here are some free online versions:

There is a literal translation published by Hinds & Noble in 1898, available to read online or download, which includes twenty of the orations (in a different order from those on Perseus).
Online at archive.org

Of those orations which have survived, some are speeches made during legal cases, while others are in praise or blame of individuals. You can choose to read all of them, or whichever interest you most.

You can find the Greek text at Perseus or Scaife. And for those who have been using Hansen & Quinn Greek: An Intensive Course, there is a short extract from Against Diogeiton as Reading D in Unit 12.

We will start and continue discussion in the Forum, and will meet via Zoom on Tuesday, May 25, at 11 a.m. EDT.