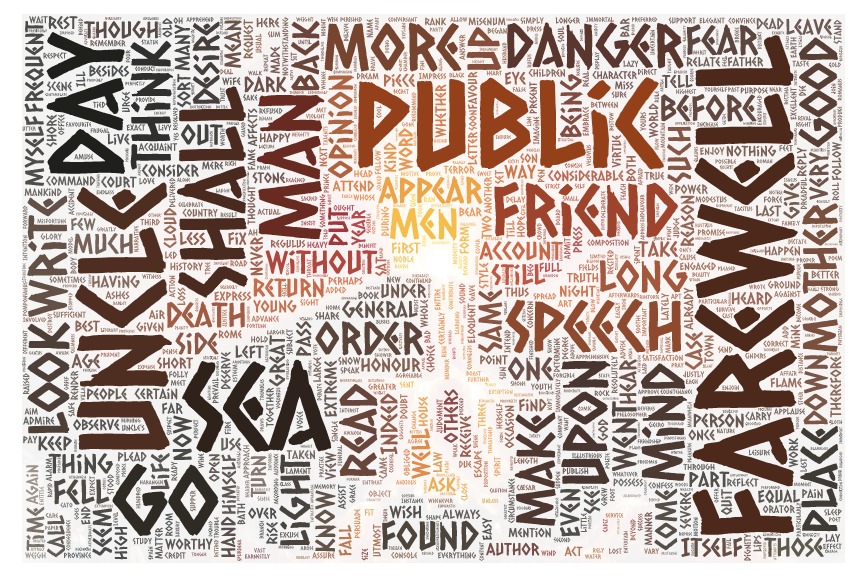 Being at a convenient distance from the houses, we stood still, in the midst of a most dangerous and dreadful scene. The chariots, which we had ordered to be drawn out, were so agitated backwards and forwards, though upon the most level ground, that we could not keep them steady, even by supporting them with large stones. The sea seemed to roll back upon itself, and to be driven from its banks by the convulsive motion of the earth; it is certain at least the shore was considerably enlarged, and several sea animals were left upon it. On the other side, a black and dreadful cloud, broken with rapid, zigzag flashes, revealed behind it variously shaped masses of flame: these last were like sheet-lightning, but much larger.[1]

For November, our Book Club selection is Pliny the Younger Letters. Among the letters is his famous account of the eruption of Vesuvius, in which his uncle died.

Pliny the Younger (61/62–113 CE) was the nephew of Pliny the Elder (part of whose Natural History was the Book Club selection in March 2018.) He was adopted by his uncle and went on to have a career in law and in the treasury. The Enyclopedia Britannica also says:

Between 100 and 109 he published nine books of selected private letters, beginning with those covering events from the death of Emperor Domitian (September 97) to the early part of 100. The 10th book contains addresses to Emperor Trajan on sundry official problems and the emperor’s replies.

The private letters are carefully written, occasional letters on diverse topics. Each holds an item of recent social, literary, political, or domestic news, or sometimes an account of an earlier but contemporary historical event, or else initiates moral discussion of a problem. Each has a single subject and is written in a style that mixes, in Pliny’s terminology, the historical, the poetical, and the oratorical manner, to fit the theme. The composition of these litterae curiosius scriptae (“letters written with special care”) was a fashion among the wealthy, and Pliny developed it into a miniature art form.[2]

You can read as many of the letters as you like, in any translation. Here are links to versions available online:

There are also various selections from the letters available at archive.org to borrow or to download.
For those who would like to look at the original:

Discussion will start and continue in the Forum, and we will meet via Zoom on Tuesday, November 24, at 11 a.m. EST.

[1] From Letter LSVI to Cornelius Tacitus, translated by William Melmoth.