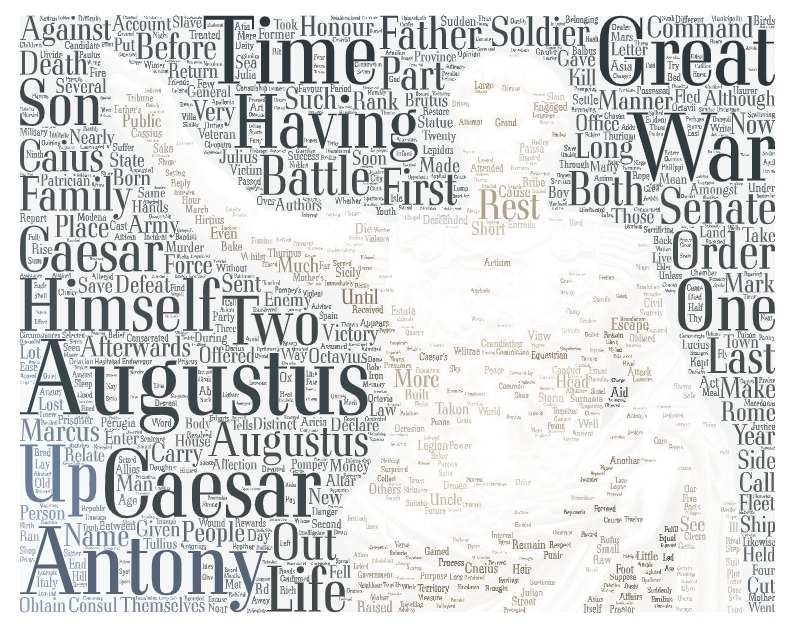 Our Book Club selection for November is The Lives of the Caesars by C. Suetonius Tranquillus.

Suetonius was born towards the end of Vespasian’s reign, probably around 69 or 70 CE. He was educated in Rome, and became a friend of Pliny the Younger, whose assistance and support led him to work as a librarian for the emperor Trajan. He then became secretary to Hadrian. However, in around 121 CE Suetonius was dismissed because he was said to be too familiar with the empress Sabina.[1]

Many of his works are lost, but his main surviving work is De Vita Caesarum, “The Lives of the Twelve Caesars” which provides portraits not only of their lives but of their appearance, family, and personal characteristics, using themes rather than a strict chronological order.

We will all read the life of Augustus — emperor at the time of Virgil and Ovid, some of whose works we have read in previous Book Club selections, and whose works in Latin have been/are the focus of our Thursday study group. In addition, you can read about any of the other emperors in which you have an interest.

You can read any edition you like. Here are links to some free online translations:

We will start and continue discussion in the Forum, and meet via Zoom at 11 a.m. EST on Tuesday, November 30. The link will be posted in the Forum on the day.

[1] Biographical details summarized from Livius.org which provides a more detailed account of the life and work of Suetonius.