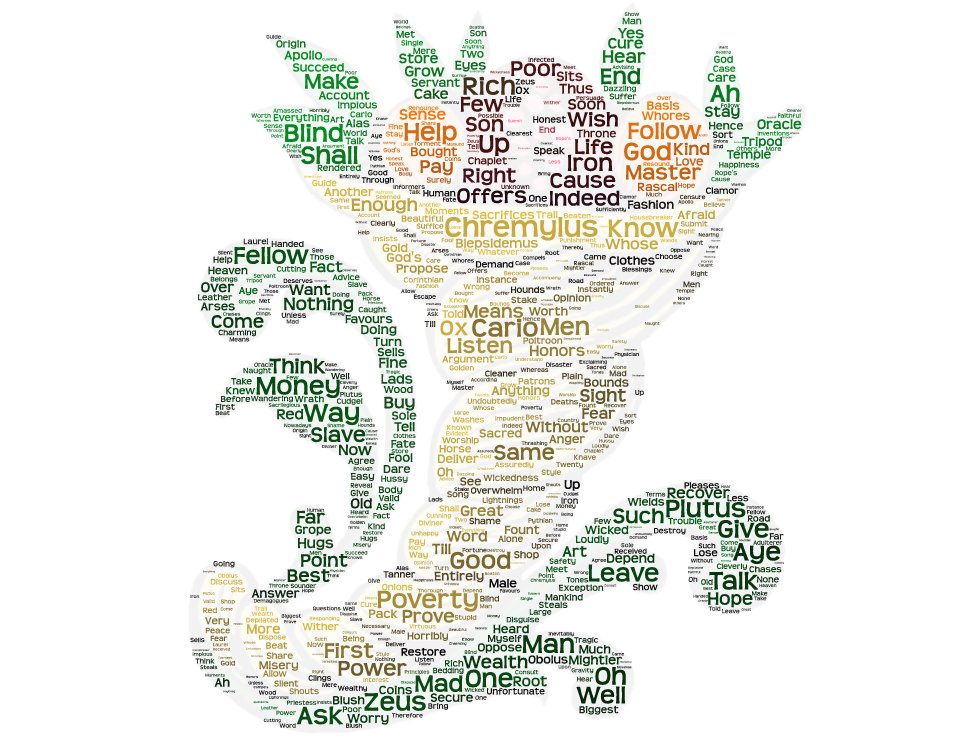 What an unhappy fate, great gods, to be the slave of a fool! A servant may give the best of advice, but if his master does not follow it, [5] the poor slave must inevitably have his share in the disaster; for fortune does not allow him to dispose of his own body, it belongs to his master who has bought it. Alas! ’tis the way of the world. But the god, Apollo, in tragic style whose oracles the Pythian priestess on her golden tripod makes known to us, [10] deserves my censure, for surely he is a physician and a cunning diviner; and yet my master is leaving his temple infected with mere madness and insists on following a blind man.

The Book Club selection for September is Plutus, a comedy written by Aristophanes, also known in English under the title Wealth.

You can read any translation you like. Here are links to some other free online versions:

The discussion starts in the forum, here, and the Google+ Hangout will be on Tuesday, September 26, at 11 a.m. EDT.

Look out also for the CHS Online Open House on Aristophanes with Jeffrey S Rusten (Cornell University) on Thursday, September 21. Further details will be published soon.