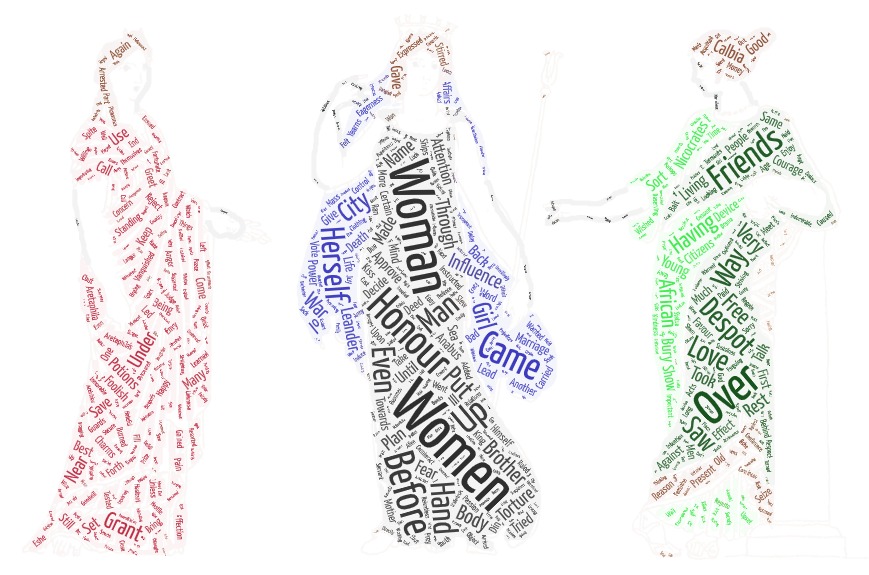 Regarding the virtues [aretē] of women, Clea, I do not hold the same opinion as Thucydides.​ For he declares that the best woman is she about whom there is the least talk among persons … But to my mind Gorgias appears to display better taste in advising that not the form but the fame of a woman should be known to many. . … I would have said …that man’s virtues [aretē] and woman’s virtues [aretē] are one and the same.
Plutarch, Mulierum virtutes 0, adapted from translation by Frank Cole Babbitt

Our Book Club selection for September is “Bravery of Women” or “Virtues of Women” (listed also as Mulierum virtutes or De Mulierum Virtutibus) from Plutarch’s Moralia.

The word Plutarch uses is ἀρετή [aretē], which is glossed in the H24H Core Vocabulary as ‘striving for a noble goal, for high ideals; noble goal, high ideals, merit’, and in LSJ as “goodness, excellence, valour; moral virtue; active merit; reward of excellence, distinction, fame.”

In the introduction to his translation Frank Cole Babbitt says:

Plutarch’s well-chosen selection of stories about the bravery of women was composed for his friend Clea, who held high office among the priestesses at Delphi, and to whom he dedicated also his treatise on Isis and Osiris. He speaks of it as a supplement to a conversation on the equality of the sexes, which he had with Clea on the occasion of the death of Leontis, of blessed memory, suggested no doubt by the noble character of the departed. It is not impossible that some of the topics discussed in that conversation are included here also, so as to make the book a complete and finished whole.

According to the Oxford Classical Dictionary, Plutarch was born before 50 CE and died after 120 CE. He spent most of his life in Chaeronea, but also traveled to Athens, Egypt, and Rome. His works include rhetoric, treatises, and dialogues. We have previously read Plutarch’s account of practices at Delphi (February 2019) and selections from Parallel Lives (February 2021).

You can read any translation you like. These are links to translations available free online:

Discussion starts and continues in the Forum, and we will meet via Zoom on Tuesday, September 27, at 11 a.m. EDT.