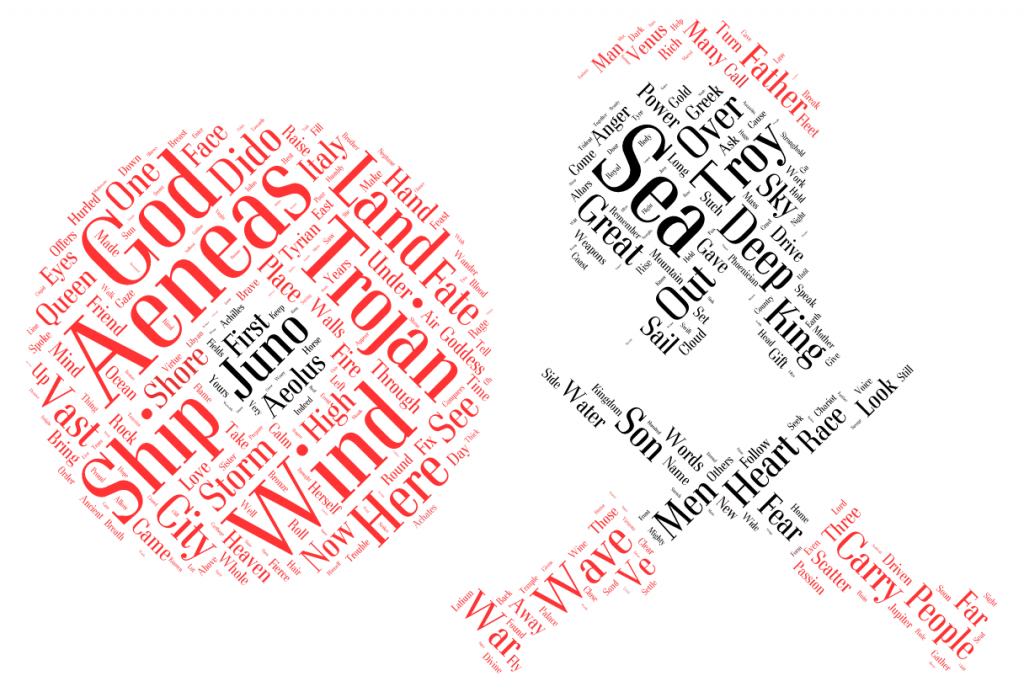 I sing of arms and the man, he who, exiled by fate,
first came from the coast of Troy to Italy, and to
Lavinian shores – hurled about endlessly by land and sea,
by the will of the gods, by cruel Juno’s remorseless anger,
long suffering also in war, until he founded a city
and brought his gods to Latium: from that the Latin people
came, the lords of Alba Longa, the walls of noble Rome.
Muse, tell me the cause: how was she offended in her divinity,
how was she grieved, the Queen of Heaven, to drive a man,
noted for virtue, to endure such dangers, to face so many
trials? Can there be such anger in the minds of the gods?
Translated by A.S. Kline

Our December Book Club selection is Book 1 and Book 2 of Virgil’s Aeneid.

The discussion will be on December 15 at 3:00 p.m. EST via Google+ hangout. Members of Hour 25 can start the discussion and continue on this Forum thread.