We were pleased to welcome our guests for the final Online Open House discussion of the Spring 2018 session: Maša Ćulumović (Center for Hellenic Studies), Nancy Felson (University of Georgia), and Laura Slatkin (NYU Gallatin). They joined us for a discussion of exchanges in the underworld from the Odyssey. 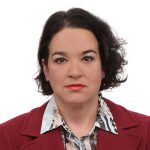 Maša Ćulumović is a Fellow in Pindaric Studies at the Center for Hellenic Studies. She is currently working on A Pindar Commentary in Progress, a digital CHS publication, which she is co-editing with Gregory Nagy. She has previously held positions at Furman University, University of Puget Sound, Miami University, and Brandeis University, and was a Postdoctoral Researcher directing an EU-funded project Poetics of Space in Ancient Greek Victory Odes. She has published on Pindar and is an editor of the CHS Classics@ volume on Ancient Lyric Poetry as well as a co-editor and a contributor to the proceedings of the Logic of Lists workshop to be published in the next Classics@ issue. Her ongoing project is the study of poetics of space, geography, and landscape in ancient epinicians. 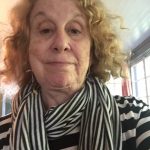 Nancy Felson is Professor Emerita of Classics at the University of Georgia, where, since 1972, she has taught Greek poetry, Mythology, Gender Studies and Latin poetry. Her research has involved applying tools from narratology, semiotics, pragmatics, gender studies and linguistics to the understanding of Homeric epic, Pindar’s victory odes, and Greek tragedy. Regarding Penelope: from character to poetics, for example, explores the interplay between actual and hypothetical plots in the Odyssey and discovers how the poet uses Penelope’s precarious and ambiguous situation to tease its audiences and engage them in a courtship dance. She guest-edited special issues of Arethusa on Classics and Semiotic Studies (1983) and the Poetics of Deixis (1994). Her interest in the impact of poetry on audiences gave rise to a collaborative project that will generate an interpretive performance of Pindar’s Ninth Pythian. This paper on “Exchanges in the Underworld” is the fourth collaboration between Nancy Felson and Laura Slatkin. Previous ones are available on Academia. 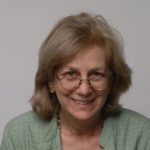 Laura Slatkin teaches at NYU’s Gallatin School and the Department of Comparative Literature, and is Visiting Professor in the Committee on Social Thought at the University of Chicago. Her research interests include early Greek epic (especially Homer and Hesiod); the interface of epic with lyric and oral poetries and printed poetries in earlier modernity (esp. British Romantic poetry); and classical drama. Her book, The Power of Thetis and selected essays, was published by the Center for Hellenic Studies (2011); and she and Nancy Felson have collaborated on several articles, including “Gender in Homeric Poetry” in The Cambridge Companion to Homer (2004). Before joining NYU, as a member of the Classics Department at the University of Chicago she was editor-in-chief of the journal Classical Philology; and with Nicole Loraux and Gregory Nagy, she co-edited Antiquities: Postwar French Thought (2001). She is honored to be a Senior Fellow at the Center for Hellenic Studies.