We are pleased to welcome Professor Richard Martin, Anthony and Isabelle Raubitschek Professor in Classics at Stanford University, for a CHS Online Open House discussion about heroine cult and tragedy, with special reference to the Medea of Euripides.  You can find the play at the Kosmos Society Text Library, here.

You can download the handout of the slides with readings as a PDF:

You can watch the event in the frame below, or on the Center for Hellenic Studies YouTube channel. 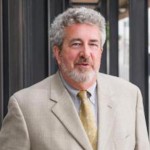