We were pleased to welcome Justin Arft, University of Tennessee, for a CHS Online Open House discussion entitled “A Cyclic Odysseus is a Dead Odysseus: Homer and the Epic Cycle on (Mis)Recognition.” It took place on Thursday, November 16, at 11:00 a.m. EST, and was recorded. In preparation, you might like to read the following passages from the Odyssey: 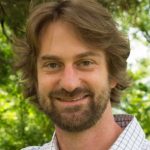 Justin Arft is an Assistant Professor at the University of Tennessee in Knoxville where he teaches courses on classical languages and Greek and Roman mythology. Justin’s research engages especially in Homeric poetry with attention to oral poetics. When Professor Arft last joined the CHS Open House conversations, he was finishing his Ph.D. at the University of Missouri where he also served as the managing editor of Oral Tradition from 2011-15. He is currently a fellow at the University of Tennessee’s Humanities Center working on his book project, The Queen and Her Question: Arete and the Odyssey’s Construction of Odysseus. His recent publications include a 2017 article for the Yearbook of Ancient Greek Epic, “Structure as Sēma: Structural and Liminal Middles in the Odyssey” and a chapter co-authored with John Miles Foley, “The Epic Cycle and Oral Tradition,” in The Greek Epic Cycle and its Ancient Reception: A Companion (Cambridge, 2015). Professor Arft is also looking forward to his visit to the CHS in April as a Visiting Scholar. His presentation today is part of an ongoing conversation about the Odyssey and the Epic Cycle that started at the 2017 SCS meeting in hopes of exploring and inspiring new questions about Homer’s relationship to the Telegony and Nostoi.