We were pleased to welcome Finnian M.M. Gerety (Yale University) for our next Open House discussion, ‘Living Traditions of Vedic Ritual and Recitation in India’, which was streamed live on Thursday, October 19, at 11 a.m. EDT, and was recorded. 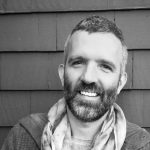