We were pleased to welcome Thomas Köntges of University of Leipzig for a CHS Online Open House discussion titled, Re-Re-Counting Plato: This Time with More Data. It took place on Thursday, March 8, at 11:00 a.m. EST, and was recorded. In preparation, you might like to read these short passages with the following questions in mind:

How does Aristotle usually quote Plato? When Aristotle mentions Socrates, does he refer to Plato’s Socrates?

You can watch the event in the frame below, or on the Center for Hellenic Studies YouTube channel. 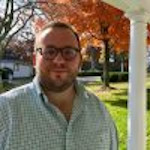 Thomas Köntges is an Akademischer Assistent (Assistant Professor) at the Alexander-von-Humboldt Department of Digital Humanities at the University of Leipzig, Germany. After completing a traditional PhD summa cum laude in Classics (University of Otago, New Zealand), his research broadened and is now located in digital humanities: in particular, the effects of the organization and delivery of cultural heritage metadata on the work of humanities researchers, the computational research of historical languages, topic modelling, digital stemmatology, and citizen science, as well as the research and production of digital editions and the curation of digital images of manuscripts. His topic-modelling methods have been used when researching Latin literature at the University of Leipzig and have since been applied to other morphologically complex languages, including Ancient Greek, Arabic, Sanskrit, and Persian. Several higher education institutions are using the alpha version of his Latent-Dirichlet-Allocation topic modelling app, (Meletē)ToPān v.0.2. During the CHS fellowship he plans to apply these methods to the Corpus Platonicum and the corpus of Greek literature collected and enriched by CHS and the Perseus Project.