We are pleased to welcome back Leonard Muellner, who will introduce the features and plans for the CHS project entitled The Free First Thousand Years of Greek (FF1K).

It forms part of the Open Greek and Latin Project (OGL), which aims to bring together in machine-actionable form all the Classical Greek and Latin texts from antiquity up to the present, to include both ancient and Neo-Latin and Neo-Greek texts, papyri, and inscriptions.

The OGL has a beta version of a viewer of the existing texts in the collection, which currently amount to about 20 million words of Greek and 15 million words of Latin, with more to come soon. The FF1K comprises the texts attested in manuscript from the earliest antiquity up to the 3rd Century CE, with some later additions that are part of the “normal” corpus of texts that classical Greek and Latin includes, such as the marginal scholia for authors like Homer and Pindar, or Stobaeus (5th Century CE). The OGL now has a beta version of an interface into its texts, the Scaife Viewer, that exploits some but not all of the new technology it will eventually deploy.

You can get an idea of the scope of the project here:
https://opengreekandlatin.github.io/First1KGreek/

The event took place on Thursday, November 1 at 11 a.m. EDT, and was recorded. You can view on the CHS YouTube channel, or in the frame below.

Topic Modeling, Thomas Köntges
You can view a presentation about some findings in his analysis of Plato, in the CHS Online Open House | Re-Re-Counting Plato: This Time with More Data 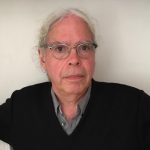 Leonard Muellner is Professor Emeritus of Classical Studies at Brandeis University and a Fellow in Digital Humanities at the Center for Hellenic Studies. Educated at Harvard (Ph.D. 1973), his scholarly interests center on Homeric epic, with special interests in historical linguistics, anthropological approaches to the study of myth, and the poetics of oral traditional poetry. He recently returned from participating in two conferences in Brazil, at the Classics departments of the Universidade São Paulo and the Universidade Federal de Minas Gerais in Belo Horizonte, where he spoke on “The metonymic relationship between Achilles and Patroklos and its consequences” (São Paulo) and “The Non-Reception of Homeric Poetry in Attic Vase Paintings of the 6th and 5th Centuries BCE: a Model and some Examples of its Application” (Belo Horizonte). An article by him on Visual and Verbal Art and Memory will appear in Chinese in the Chinese journal, National Art this coming spring, and he is preparing an article for publication on the Free First Thousand Years of Greek for a publication entitled Digital Classical Philology. Ancient Greek and Latin in the Digital Revolution, https://www.degruyter.com/view/product/502894, edited by Monica Berti.