CHS Online Open House | Theognis, earwax and the end of the Lelantine War, with Natasha Bershadsky

We were pleased to welcome Natasha Bershadsky, Fellow in Ancient Greek History at the Center for Hellenic Studies, for an Online Open House discussion on the Lelantine War, which she describes as “an ancient conflict between Chalcis and Eretria, two neighboring cities on the island of Euboea, over the Lelantine plain, situated between them.”

The event was streamed live on Thursday, October 4, at 11 a.m. EDT, and was recorded.

Referred to in this discussion:

This series of articles in Classical Inquiries.
https://classical-inquiries.chs.harvard.edu/?s=bershadsky 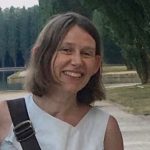 Natasha Bershadsky is a Fellow in Ancient Greek History at the Center for Hellenic Studies. She received her PhD degree from the University of Chicago. Her book in preparation explores ritual and mythological aspects of long-running border conflicts in Archaic Greece and their creative transformations by the democracies of the Classical period. Her other project is an investigation of Hesiod’s hero cults, their connection to Hesiodic poetry and their political use in the Archaic and Classical periods. Her publications include “A Picnic, a Tomb and a Crow: Hesiod’s Cult in the Works and Days,” Harvard Studies in Classical Philology 106 (2011) 1–45