CHS Open House: ‘A Hero Named Heather and Other Peculiarities in The Cattle-Raid of Fraech’ with Joseph F. Nagy

Our next CHS Open House discussion was on ‘A Hero Named Heather and Other Peculiarities in the Early Medieval Irish Saga The Cattle-Raid of Fraech‘ with Dr. Joseph Nagy.

You can watch below, or on the YouTube channelt. 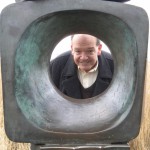 <Joseph Falaky Nagy, the Henry L. Shattuck Professor of Irish Studies, began teaching at Harvard in 2016. He received his B.A. in Folklore and Mythology in 1974, and his Ph.D. in Celtic Languages and Literatures in 1978, both from Harvard. Before coming to his current institution, Nagy was a Professor in the Department of English, the Indo-European Studies Program, and the Folklore and Mythology Program at the University of California, Los Angeles. The author of books and articles on medieval Irish literature and comparative mythology, Nagy was the founder and first editor of The Celtic Studies of North America Yearbook.