The video of this CHS Open House discussion features a return visit with actor Paul O’Mahony, focusing on the experience of crossing the sea as depicted in classical texts.

To prepare for watching it, you might like to read some or all of these passages from the Odyssey, Virgil’s Aeneid, and Aeschylus’ Suppliant Women. You can read any translation, or those in the PDF below:

Crossing the Sea: Selection of passages

You can watch on this page, or on the Center for Hellenic Studies YouTube channel. 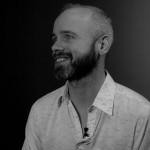 Paul is artistic director of Out of Chaos (https://www.out-of-chaos.co.uk/) with whom he created UNMYTHABLE, which won the Three Weeks Editors’ Award in Edinburgh 2012. UNMYTHABLE has toured to more than 80 theatres across the UK, Europe and New Zealand. He devised Out of Chaos, which in 2008 won Bilbao’s ACT Festival and the 100° Festival in Berlin. Paul wrote Norsesome, with co-founder Mike Tweddle. They recently toured a two-man Macbeth in the UK.

His work as an actor has included stints with companies such as The Orange Tree Theatre, The Royal Shakespeare Company and English Touring Opera, among many others. He has toured extensively in the United States with leading roles in Much Ado About Nothing, Richard III and A Midsummer Night’s Dream (Actors From The London Stage). He is an Associate Director of Actors From The London Stage and associate producer at Jermyn Street Theatre where his credits include All That Fall (starring Michael Gambon and Eileen Atkins), St John’s Night and Mother Adam.

In 2011 he adapted three Greek tragedies to create The House of Atreus, which was produced at the Barbican in London. With Rob Castell, he recently completed his first full-length musical, Delphi, based (once again!) on Greek mythology (https://soundcloud.com/robcastell100/sets/delphi-a-new-musical). In 2015 he directed Much Ado About Nothing in his role as Eminent Artist-in-residence at the University of Wyoming. Paul studied Classics at Oxford University where he twice won the Cawkwell Prize and was awarded an ancient history scholarship. He is Director of Outreach at Kallos Gallery in London (www.kallosgallery.com).