Video—CHS Open House: muthos, Mythology, and the Language of Heroes, with Richard Martin

We were pleased to welcome Professor Richard P. Martin (Stanford University) for a CHS Open House Discussion with members of the Hour 25 and CHS community about muthos, mythology, and the language of heroes.

You can view the recording below, or on the Center for Hellenic Studies YouTube channel.

For more information about Professor Martin and his research, visit his faculty profile on the Stanford Classics Department website.

Here is a PDF copy of the four focus passages for the discussion, which Professor Martin provided with selected sections highlighted, and a challenge for us:

Richard Martin’s article ‘Mythography‘, is available for download from academia.edu. 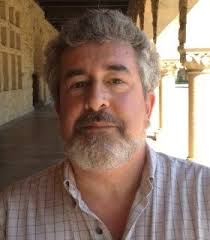 Richard P. Martin interprets Greek poetry in the light of performance traditions and social practices. His primary interests are in Homeric epic, Greek comedy, mythology, and ancient religion. His research is informed by comparative evidence ranging from fieldwork on oral traditions in contemporary Crete to studies in medieval Irish literature.

A native of Boston, he received his B.A. in Classics and Celtic Literature and Ph.D. in Classical Philology from Harvard University. Before becoming Antony and Isabelle Raubitschek Professor at Stanford in 2000, Prof. Martin taught Classics for eighteen years at Princeton University.