We were pleased to welcome Alexander Hollmann (University of Washington) for an Open House discussion about Herodotus. The event was recorded.

His book, The Master of Signs: Signs and the Interpretation of Signs in Herodotus’ Histories, is available at the Center for Hellenic Studies website.

You can watch this discussion in the frame below, or on the Center’s YouTube channel. To prepare for this event you may like to read the following passages at the bottom of this posting.

You may like to continue the discussion on this Forum thread! 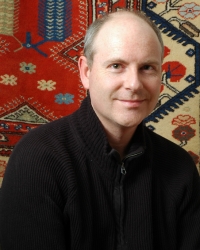 Alexander Hollmann is Associate Professor of Classics at the University of Washington. His interests are generally in ancient Greek language and literature and in Greek religion. More specifically, he is interested in Greek literary prose, particularly the historian Herodotus: his book, The Master of Signs: Signs and the Interpretation of Signs in Herodotus’ Histories, is about how Herodotus presents figures in the Histories interpreting and using signs (e.g. oracles, portents, dreams, riddles, objects) and he has published articles on related aspects in the text. Another great interest is religion and magic: he has been working for some time on curse tablets on lead from ancient Antioch in Syria, several of which he has published, and he is collaborating with Professor Robert Daniel of the University of Cologne on a project to publish these and other magical texts in Greek from the Eastern Mediterranean.