We were pleased to welcome Maria G. Xanthou, Aristotle University of Thessaloniki, for a CHS Open House discussion on ‘Mothers of Heroes and Monsters: Althaea and Callirhoe’.

Mothers of Heroes and Monsters:
Althaea and Callirhoe

Maternal figures are inescapable in the fragmentarily preserved Stesichorean poetry. Two of them, Althaea (P.Oxy. 3876) and Callirhoe (P.Oxy. 2617) await a comprehensive literary appreciation. The article focuses on motherhood as a defining ontological feature of Althaea and Callirhoe. It argues that these mothers stand alongside those of the Iliad and Odyssey and that, with them, Stesichorus makes an important contribution to later lyric poetry (Simon. 543 PMG, Bacch. 5.136-144 Maehler). Consequently, their wide range of tonality in presenting their maternal identity contributes to the Stesichorean blueprint.

Two different but interlocking interpretations may be offered for Stesichorus’ special emphasis on female figures as mothers: (a) the interlacing of two epic traditions, the Homeric and the Hesiodic  and (b) the pathetic contrast between the concerned mother and her doomed offspring. Althaea offers an example of the interlacing of epic traditions. The article puts forth the plausible idea that Stesichorus may use both the log and the curse motif to implicate Althaea in Meleager’s death. Thus, he appears to exploit a narrative successfully contrived by Homer in Iliad 9 and a genealogical backdrop stemming from the Megalai Ehoiai and the [Hesiodic] Γυναικῶν κατάλογος (GK). On the other hand, Callirhoe’s fragmentarily preserved rhesis [S 12 SLG = P.Oxy. 2617 fr. 19], where Geryon’s mother implores her son is an instance of the aforementioned second type. The depiction of these maternal figures indicates that, for Stesichorus, mothers are not merely producers of heroes. Rather, Stesichorus’ maternal figures bear witness to their own heroic – and nuanced – character.

The webcast was recorded and available for later viewing via the video frame below, or on the CHS YouTube channel. View the list of forthcoming events and access a complete list of videos featuring previous Open House events on the Videos page here.

Members can start and continue discussion on this topic in this forum thread. 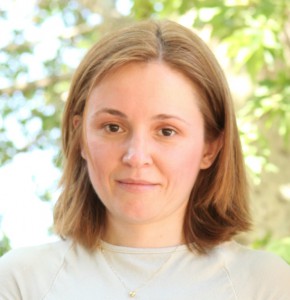 Maria G. Xanthou (PhD Aristotle University of Thessaloniki) has taught Classical Languages, Literature and Thought and ICT in teaching classical languages at Aristotle University of Thessaloniki since 2001. She is Adjunct Lecturer at the Open University of Cyprus since 2012 and a research collaborator of the Centre for Greek Language (Thessaloniki). Her research interests include Greek lyric poetry, both monodic and choral (Stesichorus, Pindar and Bacchylides), Aristophanic and Attic comedy (5th c. B.C.E.), Attic rhetoric (Isocrates), history of classical scholarship (German classical scholarship of the 19th c.), textual criticism, literary theory, rhetoric, ancient theory of rhetoric (definition and use of asyndeton), e-learning, ICT use for teaching classical languages and integration of ICT methodologies in the curriculum. As a Fellow at the Center for Hellenic Studies, she has been researching the social and cultural construction of fear (φόβος), awe (δέος) and anger (ὀργή) as emotions in the fifth and fourth century BCE political scene in Attica, Greek mainland and the islands, and the formation of good will (εὔνοια) as a response towards these emotions and its significance in the development of Isocrates’s emotional intelligence theory.