We welcomed Professor Dan-El Padilla Peralta of Princeton University for an Online Open House Discussions on Waste in Antiquity. The discussion took place on Thursday, November 10, 2016 at 11:30 a.m. EST, and was recorded

You may like to read the following focus passages in the Sourcebook to get ready for the event. 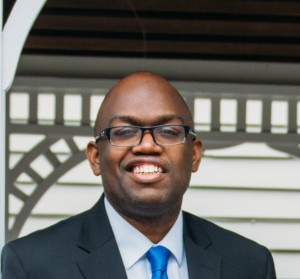 Undocumented and (briefly) homeless as a child, Dan-el Padilla Peralta was inspired by his high school teachers to study Classics at Princeton University, where he graduated as the salutatorian of his class. He continued his studies at Oxford (MPhil in Greek and Roman History) and Stanford (PhD in Classics). After two years at Columbia’s Society of Fellows, Dan-el returned to Princeton as an assistant professor in the Classics Department and is affiliated with the university’s Program in Latino Studies. His 2015 memoir Undocumented: A Dominican Boy’s Odyssey from Homeless Shelter to Ivy League (Penguin) received an Alex Award from the American Library Association; more recently he has written short pieces for the Guardian, Matter, Vox, and the NYT. He is now plugging away at a second book on the religious worlds of the Roman Republic (under contract with Princeton University Press); other projects in gestation include a co-edited volume on appropriation in Roman culture, two article-length explorations of classical reception in the 19th and 20th-century Hispanophone Caribbean, a study of forms of citizenship ancient and modern. A firm believer in the importance of humanistic learning to the promotion of social justice, Dan-el has taught in Columbia’s Justice-in-Education Initiative and its Freedom and Citizenship Seminar. He also sits on the editorial board of the public-facing Classics journal Eidolon, to which he has contributed articles ranging from Greco-Roman receptions in hip-hop to the interplay between ancient xenophobia and modern anti-immigrant politics.