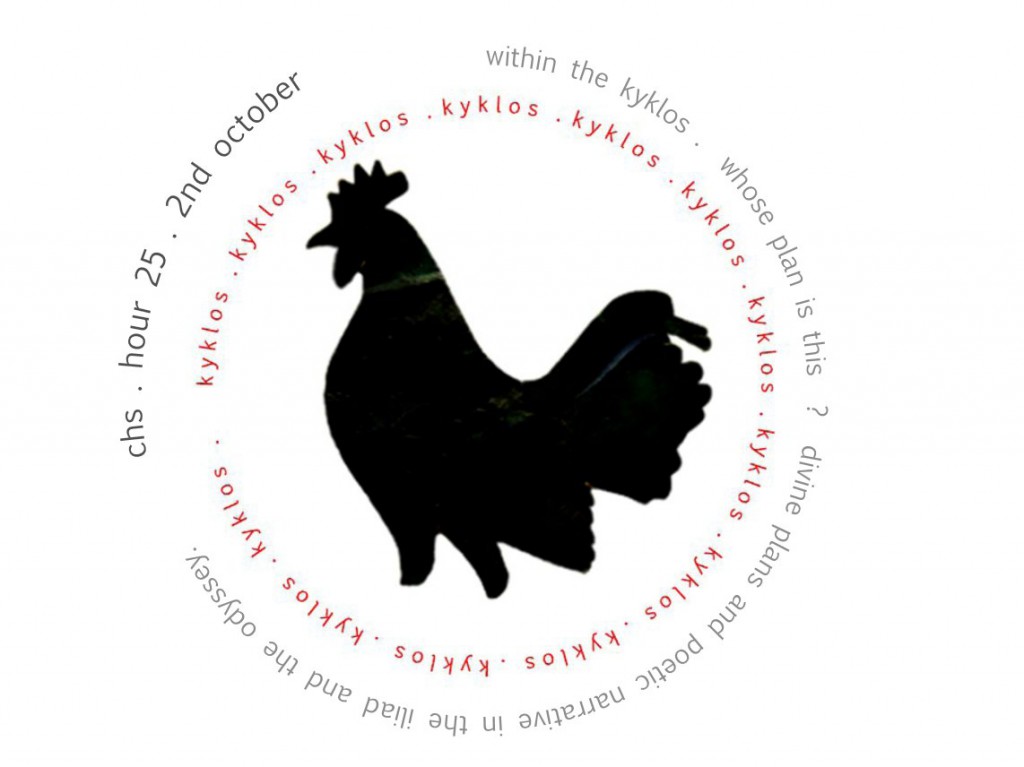 We were delighted to welcome back Justin Arft (University of Missouri), and Efimia D. Karakantza (University of Patras, Greece), to continue the conversation started last week in Within the Kyklos ‘Whose Plan is This?’, Divine Plans and Poetic Narrative in the Iliad and Odyssey ‘. The discussion focused on the narrative plan of the Odyssey, with particular attention to the Phaeacians, and included the relationship between the poetic tradition, multiformity, and the reception of a performance; the lineage and role of Arete; the resonance between the female characters; poetic devices in the narrative.

You may watch the discussion below:

If you have comments, questions, or observations about the passages and themes discussed, members can continue also the conversation in the associated Forum thread.

Selected references mentioned during the discussion:

For reference, here is a summary of the previous presentation and the focus passages:

The Odyssey promises an explicit outcome in the form of Zeus and Athena’s divine plan, beneath which also lies a set of traditional expectations for how the hero’s return will proceed. In creative and playful response to what we might presume to know about Odysseus’ return home, the Odyssey displays a “poetics of suspense and delay” within the Phaeacian episode that interrupts and redirects the audience’s expectations, leaving fates open ended or cleverly resolved in retrospect. In the end, our hero is guaranteed his return, but perhaps not on along the anticipated path.