Our Core Vocab term this time is hubris [ὕβρις], defined as “‘outrage’; the opposite of dikē [δίκη].” We discussed dikē in an earlier forum thread when we touched briefly on hubris. But now it might be interesting to look at this word in more detail. For many English speakers, we think of the term in its modern usage, as given in this definition from the Concise Oxford English Dictionary: “Insolent pride or presumption; (Greek tragedy) overweening pride towards the gods, leading to nemesis.” However, in The Ancient Greek Hero in 24 Hours[1], Gregory Nagy also points out a metaphor that can be used to denote hubris:

12§12. We see at work here a metaphor that pervades the Hesiodic Works and Days: dikē or ‘justice’ is straight and direct or unidirectional, whereas hubris as the opposite of justice is crooked and indirect or multidirectional. The etymology of the noun dikē, derived from the verb deik-nunai, which means ‘to point’ or ‘to indicate’, shows the built-in idea of direction, directness, directedness.

12§13. As for the opposite of dikē, which is hubris, I have already noted that this word is conventionally translated as ‘outrage’. But this translation does not capture adequately the metaphorical world of hubris as the opposite of dikē in the sense of ‘justice’. To understand in more depth the meaning of hubris as the opposite of dikē, I propose to outline the contexts in which we find the word hubris, and I divide these contexts into the realms of (1) humans (2) animals (3) plants. In the human realm, hubris refers to acts that provoke a sense of moral outrage, which calls for a response by humans and gods alike, and the response can take the form of social and cosmic sanctions respectively; in the Odyssey, for example, hubris refers frequently to the behavior of the suitors of Penelope (i 368 and so on). I will have more to say toward the end of this hour about such a human realm of hubris. As for the realm of animals, hubris refers more simply to any behavior that is violent (Herodotus 1.189) or sexual (as in Pindar Pythian 10.36)—though such behavior extends of course from animals to humans. As for the realm of plants, hubris refers to excessive productivity in one aspect of the plant, to the detriment of other aspects: for example, in the case of fruit-bearing trees and shrubs, hubris would result in the excessive production of wood or of leaves at the expense of the fruit itself.
(H24H Hour 12) 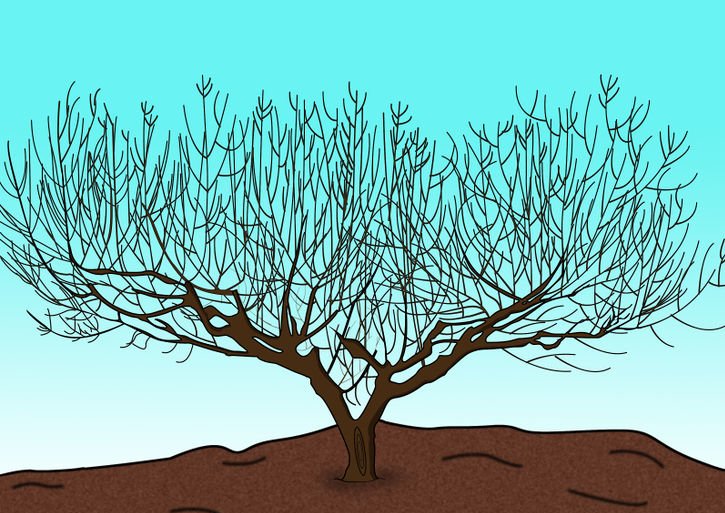 So I am interested to find examples of where the word is used. The focus passages in H24H deal mainly with plants, so where is it used with reference to animals, and to humans, aside from the Hesiodic Works and Days? Here are just a few to get the conversation started.

Achilles and Athena both use the word at the beginning of Iliad. He is on the verge of deciding to draw his sword against Agamemnon, when she intervenes:

“Why are you here,” said he, “daughter of aegis-bearing Zeus? To see the outrage [hubris] of Agamemnon, son of Atreus? Let me tell you—and it shall surely be —
[205] he shall pay for this insolence with his life.” And Athena said, “I come from the sky, if you will hear me, to bid you stay your anger [menos]. … you shall hereafter receive gifts three times as splendid by reason of this present outrage [hubris]. …”
(Iliad 1.200–208, 213–214, Sourcebook[2])

Thinking about this passage in terms of the metaphor, I wonder if he is taking it upon himself to “regulate” Agamemnon, like the cultivator of a plant:

12§14. To counteract the undergrowth of fruit in plants, the cultivator must prevent the overgrowth of wood or leaves in order to restore equilibrium in growth. So, the cultivator must regulate the plant. Theophrastus, in his treatise Research about plants (2.7.7), mentions a wide variety of ways to regulate, including the process of pruning (for example, the pruning of grape vines at 3.15.4); and he notes a traditional way for referring to such a process: you can say that the cultivator ‘punishes the plant that is committing hubris’ (kolazein hōs hubrizon to dendron).
(H24H Hour 12)

Hubris breeds the turannos. Hubris, once vainly stuffed with wealth 875 that is not proper or good for it, when it has scaled the topmost ramparts, is hurled to a dire doom, where no use of the feet serves to good advantage. But I pray that the god never 880 quell such rivalry as benefits the polis. The god I will ever hold for our protector.
(Sophocles Oedipus Tyrannus 872–883, Sourcebook)

But we are back to nature with Dionysus, where the Chorus says: 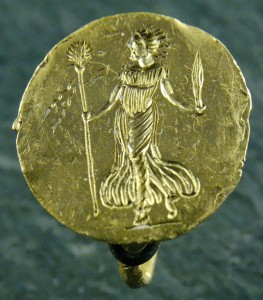 105 Oh Thebes, nurse of Semele, crown yourself with ivy, flourish with the verdant yew which bears beautiful fruit, and consecrate yourself with twigs of oak 110 or fir. Adorn your garments of spotted fawn-skin with fleeces of white sheep, and consecrate the thyrsoi [narthēx pl.], marks of hubris. Immediately all the earth will join in the khoroi— 115 he becomes Bromios whoever leads the sacred band of women—to the mountain, to the mountain, where the female crowd awaits, having been goaded away from their weaving by Dionysus.
(Euripides Bacchae 105–119, Sourcebook)

Although these are parts of the correct ritual, we know that the women have been lured by Dionysus to exact punishment on Pentheus. I wonder if the abandonment of weaving is an indication of their actions being an “outrage.” And Pentheus himself is the one who has committed hubris, as Dionysus himself says:

Dionysus
515 I will go, since I need not suffer [paskhein] that which is not necessary. But Dionysus, who you claim does not exist, will pursue you for this hubris. For in treating us without dikē you are leading him into chains.

And we see an example of an animal described with this word:

Bulls who formerly with hubris showed their fury with their horns had their bodies cut to the ground, 745 dragged down by the countless hands of young girls.

This seems to be an example of animals behaving violently, but I would think that here they are being referred to as behaving with hubris to highlight how Pentheus will be treated for his own hubris in not recognizing Dionysus.

There are many other examples in the Sourcebook. Meanwhile I have so far just made a very quick search on Perseus to find examples from elsewhere, and found one that is relevant to the current hot topic, Helen:

Other cities have incurred incurable harm through the sin of their own citizens, hut Troy’s ruin was complete when it fell through the outrage that Alexander committed against Menelaus

I have chosen to illustrate this post with an unpruned tree, and a maenad.

What examples can you find, and what is the context? How would you choose to illustrate the word? Please join me in the forum to explore this word and concept!

Updated March 2021 to include references