In this series inviting exploration of the Core Vocabulary terms from The Ancient Greek Hero in 24 Hours[1] it seems fitting for this community to look at the word kosmos [κόσμος] which is glossed as ‘arrangement, order, law and order, the social order, the universal order; cosmic order, orderliness of costume, hairdo; orderliness of group or society, of cosmos, of song; ritual adornments’. There is also a related verb, kosmeîn [κοσμεῖν]. Of course those definitions apply to how the word is used in relation to ancient Greek heroes, especially cult heroes—and this group’s name reflects rather the universal connections that its members are making with each other and with the ancient texts! 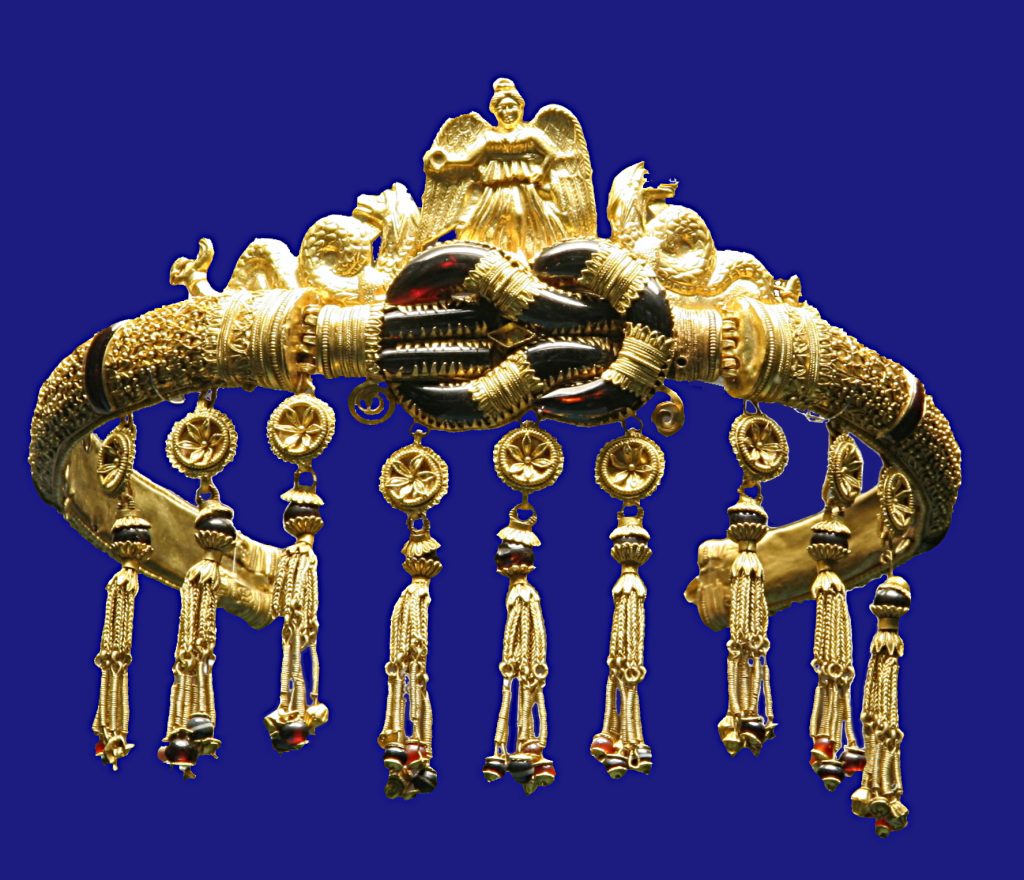 So, as usual, let’s look at a few examples from the texts to see how the word is used in context.

As when some woman of Maeonia or Caria strains purple dye on to a piece of ivory that is to be the cheek-piece of a horse, and is to be laid up in a treasure house—many a charioteer wants to bear it, [145] but the king keeps it as an ornament [kosmos] of which both horse and driver may be proud—even so, O Menelaos, were your shapely thighs and your legs down to your fair ankles stained with blood.
(Iliad 4.141–147, Sourcebook [2])

This vivid simile refers to a ritual adornment. Is it significant that Menelaos’ injury was relatively slight—despite the alarming flow of blood—because Athena guided the arrow to the spot where his armor provided the most protection, items which themselves are ornate, and which provide suitably orderliness of clothing for the situation?

…she guided it to the part where the golden buckles of the belt that passed over his double cuirass were fastened, so the arrow struck the belt that went tightly round him. [135] It went right through this and through the cuirass of cunning workmanship; it also pierced the belt beneath it, which he wore next his skin to keep out darts or arrows
(132–138)

But orderliness is not always good protection:

The two then went onwards amid fallen armor and dark blood, [470] and came presently to the company of Thracian warriors, who were sleeping, tired out with their day’s toil; their goodly armor was lying on the ground beside them all in order [kosmos] in three rows, and each man had his yoke of horses beside him. Rhesus was sleeping in the middle, and hard by him his fast horses [475] were made fast to the topmost rim of his chariot.
(Iliad 10.469–475, Sourcebook) 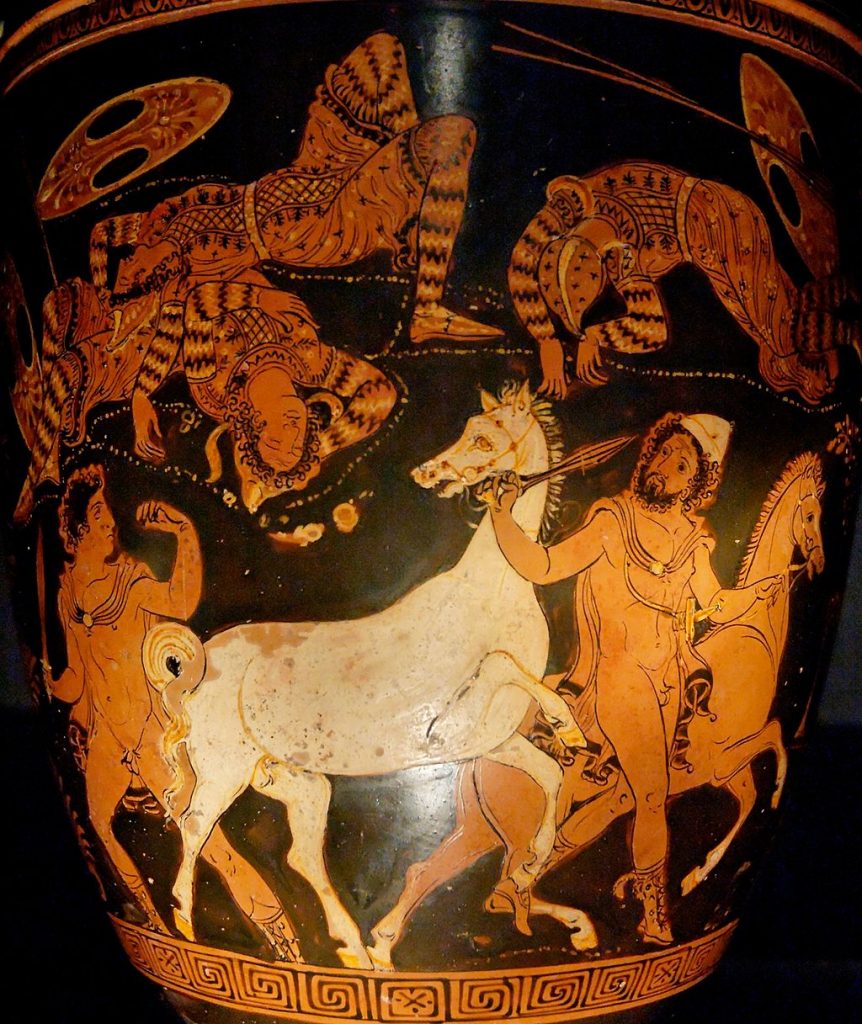 Perhaps that orderliness works only when the clothing is actually being worn?

Hesiod provides us with an example of its use as ornamentation, when the gods are kitting out Pandora: 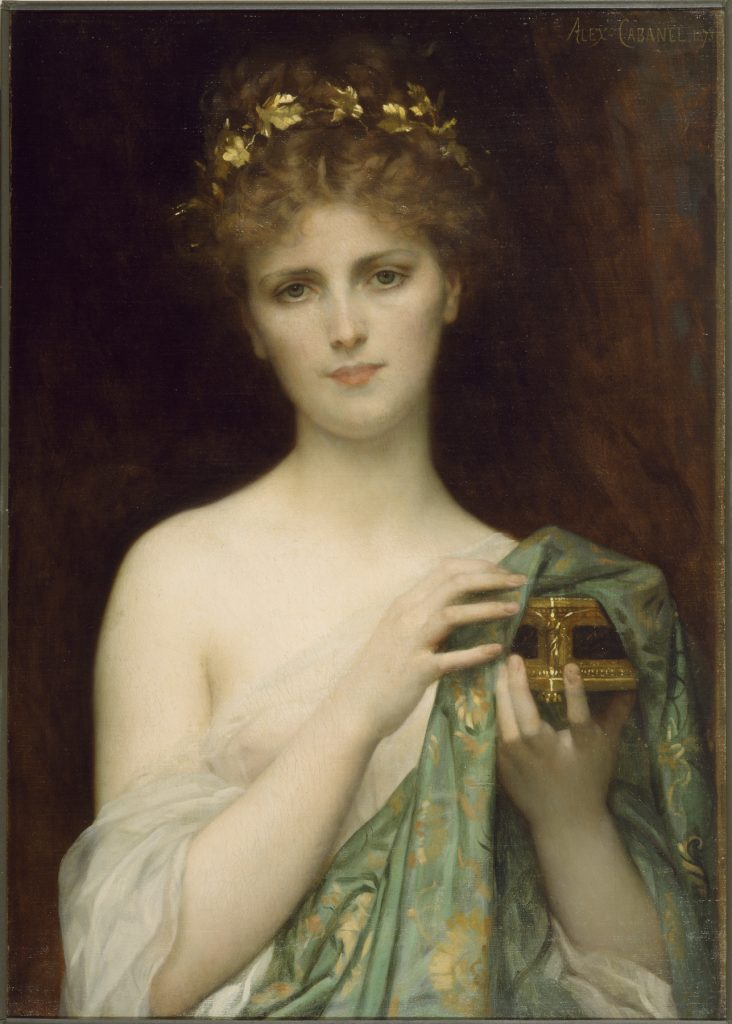 Pallas Athena placed on her skin every manner of ornament [kosmos].
(Works and Days 76, Sourcebook)

But it can be used in the context of a ritual, as when Achilles serves a meal to Priam:

With this fleet Achilles sprang from his seat and killed a sheep of silvery whiteness, which his followers skinned and made ready all in due order [kosmos]. They cut the meat carefully up into smaller pieces, spitted them, and drew them off again when they were well roasted. [625] Automedon brought bread in fair baskets and served it round the table, while Achilles dealt out the meat, and they laid their hands on the good things that were before them. As soon as they had had enough to eat and drink, Priam, descendant of Dardanos, [630] marveled at the strength and beauty of Achilles for he was as a god to see, and Achilles marveled at Priam as he listened to him and looked upon his noble presence.
(Iliad 24.621–632, Sourcebook)

By contrast, Agamemnon and Menelaos behave in a way that does not follow the universal order for doing things, at least according to the account of Nestor:

The sons of Atreus called a meeting which was not as it should be [= without kosmos], for it was sunset and the Achaeans were heavy with wine.
Odyssey 3. 136–139, Sourcebook)

In this next passage, the word appears twice, when Odysseus first praises him then makes a request:

Demodokos, there is no one in the world whom I admire more than I do you. You must have studied under the Muse, Zeus’ daughter, and under Apollo, in such good order [kosmos] do you sing the fate of the Achaeans [490] with all their sufferings and adventures. If you were not there yourself, you must have heard it all from some one who was. Now, however, change your song and tell us of the making [kosmos] of the wooden horse which Epeios fashioned with the assistance of Athena, and which great Odysseus got by stratagem into the fort of Troy [495] after freighting it with the men who afterwards ransacked the city.
(Odyssey 8.487–495, Sourcebook) 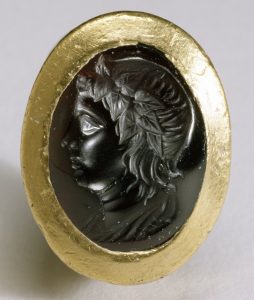 The wooden horse, it seems, worked because it was created with the correct orderliness, or perhaps because it was adorned in such a way that it was accepted as a ritual offering.

But the song of Demodokos is also arranged correctly, and as so often, the creation of song reflects a larger picture. For me, perhaps one of the most beautiful examples of this usage comes in the context of a hymn:

58 Hail and take pleasure [khaire], [O Dionysus,] child of Semele with the beautiful looks. There is no way 59 I could have my mind disconnect from you as I put together the beautiful cosmic order [kosmeîn] of my song.
(Homeric Hymn to Dionysus 58–59, Sourcebook)