Following on from our discussion of biā / biē it seems natural to continue with another, contrasting Core Vocab word: mētis [μῆτις] glossed by Gregory Nagy in The Ancient Greek Hero in 24 Hours[1] and the associated Sourcebook[2] as ‘artifice, stratagem, cunning intelligence’.

It’s a word I immediately associate with Odysseus, and in particular his cunning ploy with the Cyclops. There are two words for ‘not’ in ancient Greek, depending on context: ou and mē. Having given his name as ou tis, ‘Noman’, Odysseus and his companions put out the eye of Polyphemus who cries out. His friends ask him what is wrong:

‘Then,’ said they, [410] ‘if no man [mē tis] is attacking you, you must be ill; when Zeus makes people ill, there is no help for it, and you had better pray to your father Poseidon.’

Then they went away, and I laughed inwardly at the success of my clever stratagem [mētis].
Odyssey 9.405–414, Sourcebook

It might be a clever stratagem, but Gregory Nagy points out that calling himself ou tis also has the effect of erasing Odysseus’ identity and kleos.[3] And yet this story emerges in Odysseus’ own narrative, which is itself part of the Master Narrative of the whole Odyssey, a story which Gregory Nagy also describes as “the most celebrated story of the Homeric Odyssey“[4] It is also a subject for vase paintings. 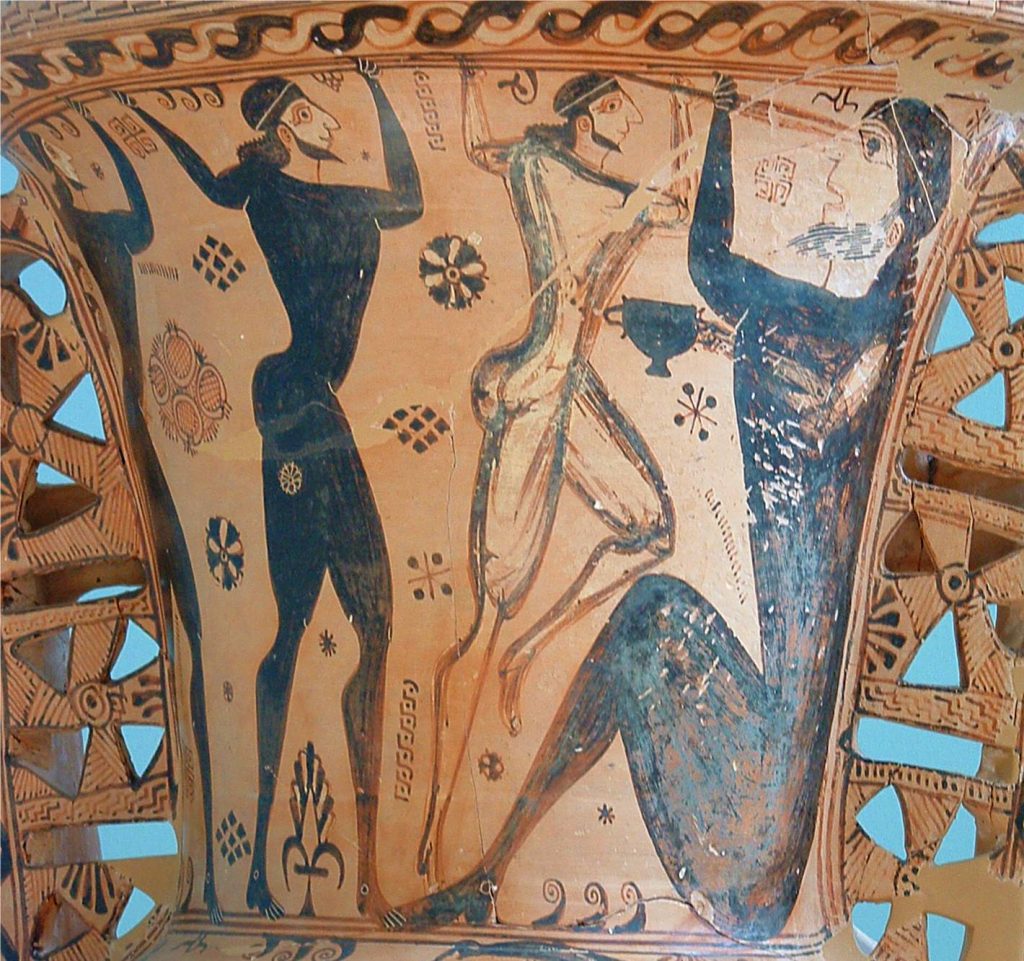 It seems to be a quality Nestor admires, as we can see in part of his advice to his son Antilokhos before the race at the funeral games for Patroklos:

313 Come, my philos, put in your thūmos every sort of skill [mētis], 314 so that prizes may not elude you. [315] It is with mētis rather than force [biē] that a woodcutter is better. 316 It is with mētis that a helmsman over the wine-dark sea [pontos] 317 steers his swift ship buffeted by winds. 318 It is with mētis that charioteer is better than charioteer. [320] If a man go wide in rounding this way and that, whereas a man of craft [kerdos] may have worse horses, but he will keep them well in hand when he sees the turning-post [terma]; he knows the precise moment [325] at which to pull the rein, and keeps his eye well on the man in front of him.
Iliad 23.313-325, Sourcebook

and it is a good example of how the word can refer not only to a charioteer but also to a woodcutter (contrasting nicely with biē), and to a helmsman (both activities in which Odysseus excels).

As with some of the other attributes we have been exploring, there is also a goddess personifying the quality:

And Zeus, king of the gods, made Mētis first his wife; Mētis, most wise of deities as well as mortal men. But when at last she was about to give birth to Athena, gleaming-eyed goddess, then it was that having by deceit beguiled her mind 890 with flattering words, he placed her [Mētis] within his own belly by the advice of earth, and of starry Sky. For thus they persuaded him, lest other of ever-living gods should possess sovereign honor in the room of Zeus. For of her [Mētis] it was fated that wise children should be born: 895 first the glancing-eyed Tritonian maiden, having equal might and prudent counsel with her father; and then she [Mētis] was going to give birth to a son, as king of gods and men, with an overbearing spirit, if it had not been for the fact that Zeus deposited her first in his own belly, 900 that the goddess might indicate to him both good and bad.
Hesiod Theogony 886–900, Sourcebook 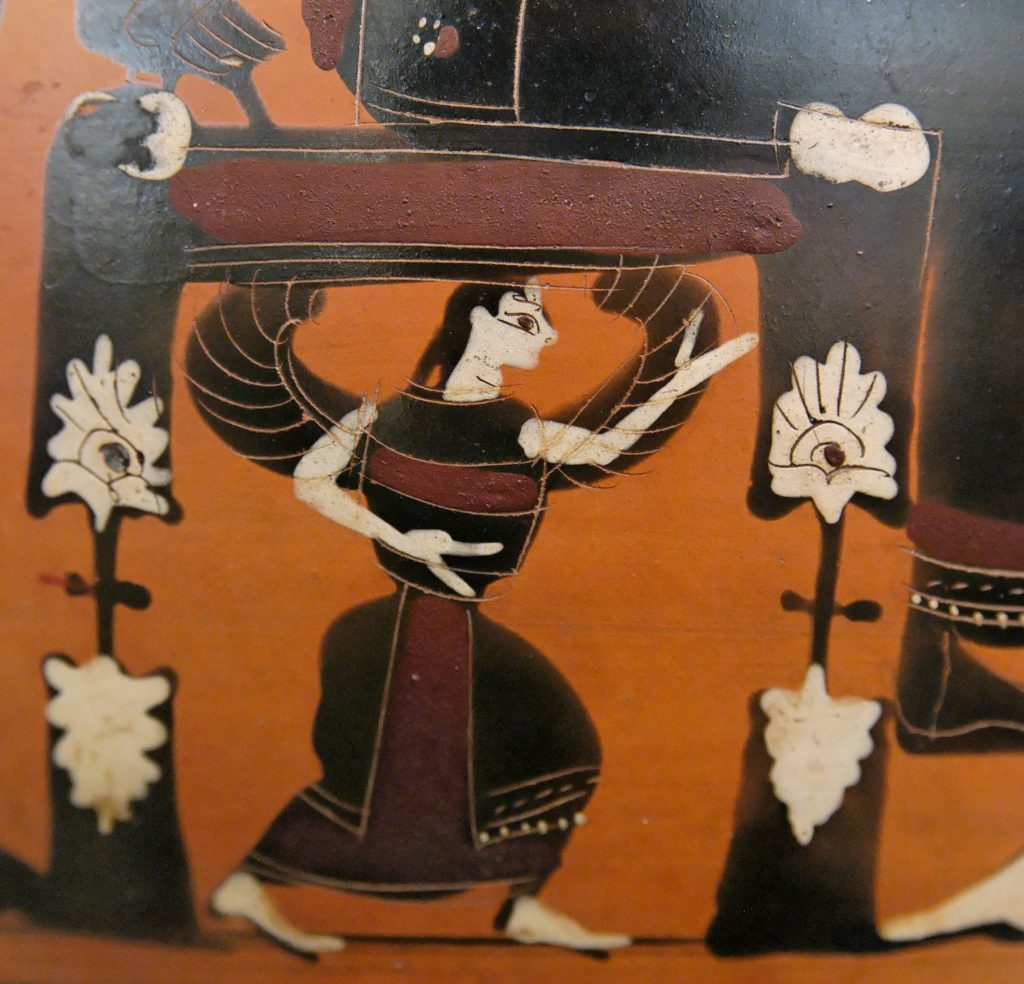 It seems to have worked: a little later Zeus is described as μητίετα [mētieta], “counselling, ‘all-wise'” (Hesiod Theogony 914)—an epithet applied exclusively to Zeus in Hesiod, and also in the Homeric Iliad and Odyssey.[5]

Kronos, by contrast, is described as “the one with the crooked mētis” [ἀγκυλομήτης, agkulomētēs] for example in in the Homeric Hymn to Aphrodite 22 and 42. The same word is used for Prometheus in Theogony 546 and Works and Days 48.

There are many examples of the word mētis in Homeric epic, so I thought it might be interesting to see where else it was used, and in what context. It doesn’t seem to be very frequent in tragedy or history, and I haven’t yet found an example in Plato. Pindar uses the word, however, for example after Medea has spoken to Jason and his hero-companions: 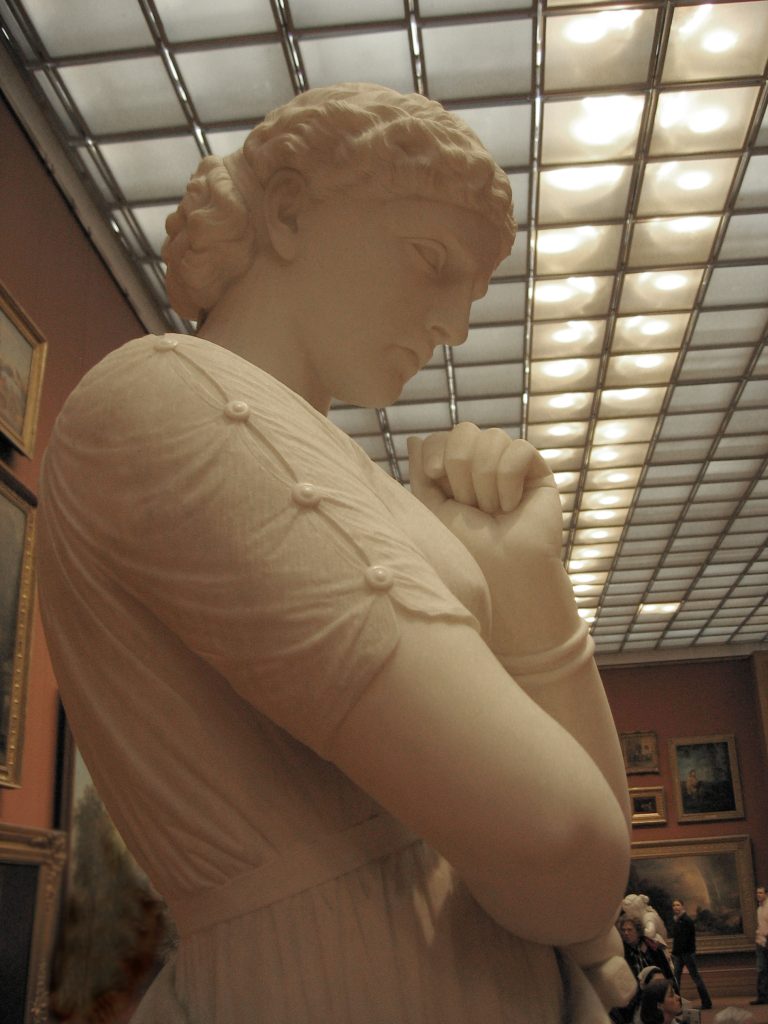 So looking at the word mētis in context, is it more or less exclusively applicable to those of the heroic age? To which situations is it more akin to ‘skill’ or ‘craft’ and where is it used with reference to ‘counsel’? Are there situations where it seems to shade off from being a positive attribute to being more of a wily stratagem or trick? And when is it contrasted explicitly or implicitly with some sort of physical force, such as biā / biē?

Please join the discussion in the forum and share passages and images!