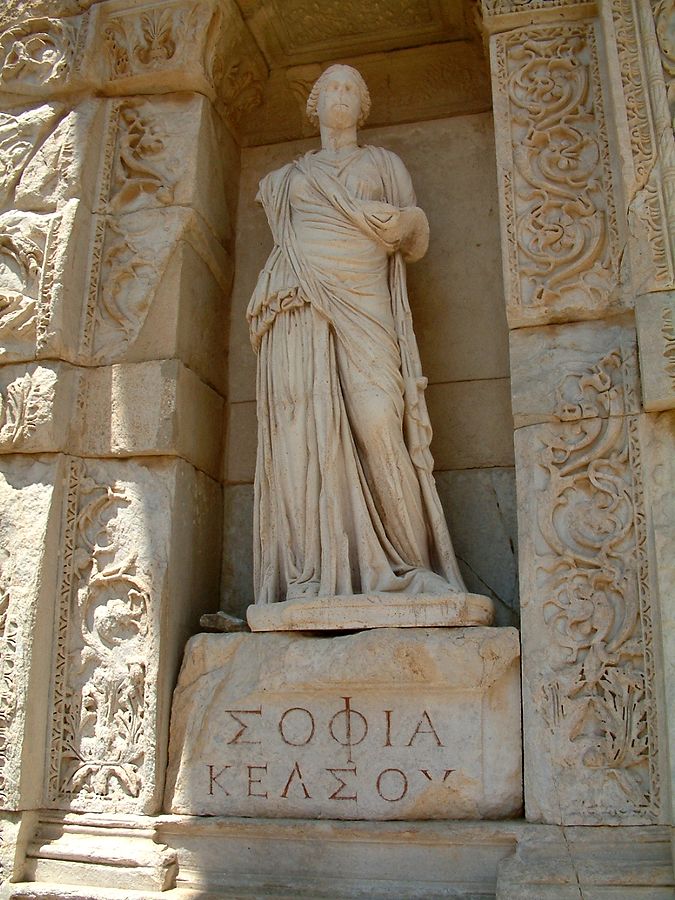 For if one possesses good things without a lengthy ordeal [ponos], many think that he is sophos, that he is not one of the ignorant, [75] the way he arranges his life, they think, with straight-planned stratagems. But that is not ordained to be, in this world of men. It is the superhuman force [daimōn] who provides, exalting different men at different times, at other times bringing them down in due proportion.
(Pindar Pythian 8, Sourcebook[1])
εἰ γάρ τις ἐσλὰ πέπαται μὴ σὺν μακρῷ πόνῳ,
πολλοῖς σοφὸς δοκεῖ πεδ᾽ ἀφρόνων
βίον κορυσσέμεν ὀρθοβούλοισι μαχαναῖς:                  75
τὰ δ᾽ οὐκ ἐπ᾽ ἀνδράσι κεῖται: δαίμων δὲ παρίσχει,
[110] ἄλλοτ᾽ ἄλλον ὕπερθε βάλλων,[3] 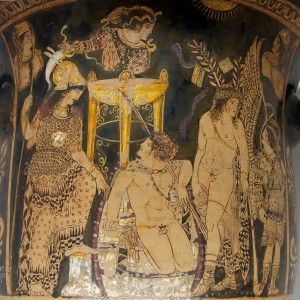 What I noticed here is a specific god, Phoebus in the Aeschylus, is behind what happens, and Orestes is being directed to speak by someone who is sophos. This might relate to oracles and seers, and we also find that a seer like Teiresias might be described as sophos, for example in these two passages:

I wonder if the word relates therefore not only to understanding but also delivering special language.

And again we see the importance of knowing when to speak and when to be silent, as with the Eumenides passage above.

My final passage is from Plato’s Socrates: 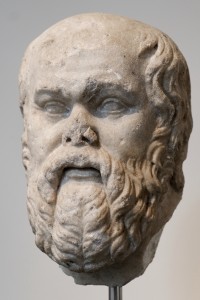 Men of Athens, this reputation of mine has come of a certain sort of wisdom [sophiā] which I possess. If you ask me what kind of wisdom [sophiā], I reply, such wisdom [sophiā] as is attainable by man, for to that extent I am inclined to believe that I am wise [sophos]; [20e] whereas the persons of whom I was speaking have a superhuman wisdom [sophiā], which I may fail to describe, because I have it not myself; and he who says that I have, speaks falsely, and is taking away my character. And here, O men of Athens, I must beg you not to interrupt me, even if I seem to say something extravagant. For the word which I will speak is not mine. I will refer you to a witness who is worthy of credit, and will tell you about my wisdom [sophiā]—whether I have any, and of what sort—and that witness shall be the god of Delphi.
(Plato Apology of Socrates 20d–20e, Sourcebook)
ἐγὼ γάρ, ὦ ἄνδρες Ἀθηναῖοι, δι᾽ οὐδὲν ἀλλ᾽ ἢ διὰ σοφίαν τινὰ τοῦτο τὸ ὄνομα ἔσχηκα. ποίαν δὴ σοφίαν ταύτην; ἥπερ ἐστὶν ἴσως ἀνθρωπίνη σοφία: τῷ ὄντι γὰρ κινδυνεύω ταύτην εἶναι σοφός. οὗτοι δὲ τάχ᾽ ἄν, οὓς ἄρτι [20ε] ἔλεγον, μείζω τινὰ ἢ κατ᾽ ἄνθρωπον σοφίαν σοφοὶ εἶεν, ἢ οὐκ ἔχω τί λέγω: οὐ γὰρ δὴ ἔγωγε αὐτὴν ἐπίσταμαι, ἀλλ᾽ ὅστις φησὶ ψεύδεταί τε καὶ ἐπὶ διαβολῇ τῇ ἐμῇ λέγει. καί μοι, ὦ ἄνδρες Ἀθηναῖοι, μὴ θορυβήσητε, μηδ᾽ ἐὰν δόξω τι ὑμῖν μέγα λέγειν: οὐ γὰρ ἐμὸν ἐρῶ τὸν λόγον ὃν ἂν λέγω, ἀλλ᾽ εἰς ἀξιόχρεων ὑμῖν τὸν λέγοντα ἀνοίσω. τῆς γὰρ ἐμῆς, εἰ δή τίς ἐστιν σοφία καὶ οἵα, μάρτυρα ὑμῖν παρέξομαι τὸν θεὸν τὸν ἐν Δελφοῖς.

Although the word is translated here as ‘wise’ (or ‘wisdom’) I notice that the passage again relates to speaking, and again invokes Apollo.

There are many other places in the Sourcebook—and in other ancient Greek texts—where these words appear. I would be interested to see what others might find about the context in which the word appears, and whether you notice any different relationships or situations, so I hope you will join me in discussion.

I have made my selection of images from pictures that are freely available with open source, public domain, or  Creative Commons licenses. The images in this post are intended to suggest the subject, rather than illustrate exactly—as such, they may be from other periods, subjects, or cultures. What sorts of images would you choose to visualize these Core Vocab words?

[3] All Greek texts from Perseus perseus.tufts.edu