Our community was pleased to welcome Laura Slatkin for a CHS Open House discussion, which centered on tragic visualizing in the Iliad.

To watch the recording, you can watch in the video frame below, or visit the CHS YouTube channel.

Selected works mentioned during the discussion: 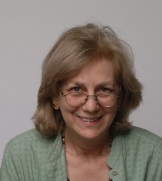 Before joining the faculty of Gallatin, NYU, Laura M. Slatkin taught at the University of California at Santa Cruz, Yale University, Columbia University, and the University of Chicago, where she received the Quantrell Award for Excellence in Undergraduate Teaching. Her research and teaching interests include ancient Greek and Roman poetry; wisdom traditions in classical and Near Eastern antiquity; gender studies; anthropological approaches to the literature of the ancient Mediterranean world; and cultural poetics. Her recent course offerings have included: “Ancient Greek and Near Eastern Wisdom Traditions;” “Ancient Reflections in a Time of Modern War;” and “The Iliad and its Legacies in Drama.” Professor Slatkin has published articles on Greek epic and drama; a volume including her earlier book The Power of Thetis together with selected essays was recently issued by The Center for Hellenic Studies/Harvard University Press. She has served as the editor in chief of Classical Philology, an international journal in the field of classics, and coedited Histories of Post-War French Thought , Volume 2: Antiquities (with G. Nagy and N. Loraux, New Press, 2001). In 2007, she held a fellowship from Columbia University Institute for Scholars in Paris, and in 2009 at the Liguria Study Center for the Arts and Humanities in Bogliasco, Italy. She is currently collaborating on a study of the reception of Homer in British romantic poetry. Professor Slatkin has been invited to present her work at the Ecole des Hautes Etudes in Paris and the Max-Planck-Institut für Wissenschaftsgeschichte in Berlin, among other places. She is also currently visiting professor in the Committee on Social Thought at the University of Chicago. She is the recipient of the 2012 NYU Distinguished Teaching Award.