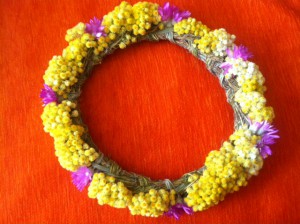 When I tell people about the HeroesX project or learning ancient Greek, I mostly see an implicit question mark on their faces. They kindly swim around the question, “What are you going to do with it?” Let’s face it: no one is speaking ancient Greek—let alone Homeric Greek—and knowledge of the Iliad and Odyssey may not impress most employers. The question of “why” is a valid one. Why am I learning about Homeric poetry and ancient heroes? I wish I could reply as Professor Nagy does, but there is no simple answer.

Through the readings I have done so far, I realize that we as humans have progressed immensely in technology and science, but when it comes to emotional elements, we have not changed much throughout the centuries. Greed, love, happiness, sorrow, ills of excessive power, and generation gaps were and still are subjects for song cultures and written texts.

How about you: how are you inspired by the ancient Greek song culture and the written texts? Please join in the conversation in the forum!

Janet M Ozsolak is a participant in Hour 25 and was a Community TA for HeroesX.v2. Janet is starting to learn Homeric Greek and she enjoys it thoroughly!