In 2014 members of Hour 25 shared a revised translation of Sophocles’ Antigone that matches and complements the Sourcebook of Primary Texts in Translation as used in HeroesX. Since then, community members have been using this “heroized” translation of Antigone to reach out to high school students in the US and abroad through through the medium of performance.

This year Hour 25 members planned an intensive, collaborative workshop to “heroize” another ancient Greek text, Euripides’ Medea. The goal was to revise a translation to indicate each and every occurrence of a Heroes core vocabulary term and to make the translation of these terms as consistent as possible with the glosses given in the Heroes Core Vocabulary Glossary. The base text in this project was the translation by of E.P. Coleridge, which was revised by Roger Ceragioli, and further revised by Gregory Nagy about twenty years ago.

The group prepared for the workshop by using Perseus under PhiloLogic to create an index that indicated every line where one of the core vocab terms occurred. Then on April 7th and 8th, the Medea Heroization Team, including Jessica Eichelburg, Hélène Emeriaud, Claudia Filos, Janet M. Ozsolak, Sarah Scott and Jack Vaughan, came together in person at the Center for Hellenic Studies in Washington DC and via Google+ Hangouts to work through the text.

Guided by the Core Vocab index and checking the Greek text at all times, the team worked through the English translation, adding tags and adjusting the translation. This work was highly collaborative. When consensus could not be reached on how to deal with a particular line, the team consulted with Leonard Muellner, the Director of IT and Publications at CHS and Professor Emeritus of Classics at Brandeis University.

Before the workshop, the goal was to get through 50–75% of the text in two days. We are delighted to report that the team far exceeded that goal by completing the entire “heroization” process on the second day. With the extra time we supplemented the text by tracking a few additional terms that are difficult to translate but seem crucial to this text. One such term is pharmakos, which can be glossed as ‘drug, potion, dose, cure’, and even ‘poison’. After completing our work, the team celebrated with Muellner and Center Director Gregory Nagy. 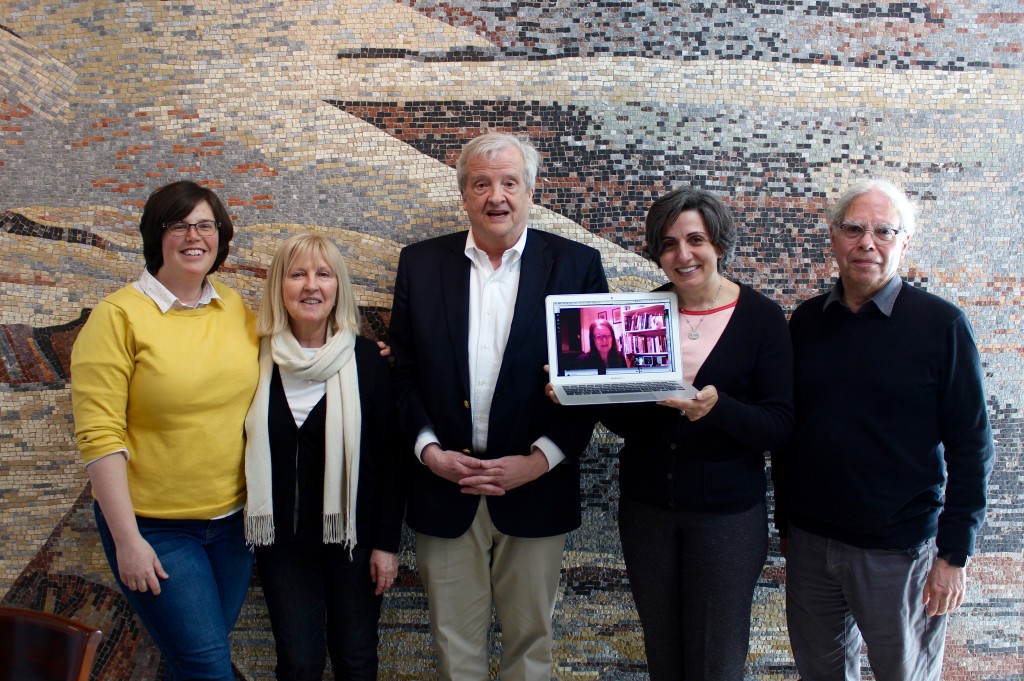 Readers can find the newly “heroized” Medea in the Text Library.

In the coming months, Hour 25 will select a new text for “heroization.” Possibilities include Euripides’ Helen or Alcestis. Someday, we may even take on the task of “heroizing” a Latin text! If you would like to participate in future heroization projects, look for the forthcoming announcements here at Hour 25.