We are pleased to share this interview with Suzanne Lye, Assistant Professor of Classics at The University of North Carolina at Chapel Hill, in which she talks about her experiences in teaching Classics and ancient Greek.

You can watch the video in the frame below, or on the Center for Hellenic Studies YouTube channel. 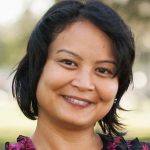 At present, she is working on a book-length project about conceptions of the afterlife in ancient Greek Underworld narratives from Homer to Lucian. She has also participated in several digital humanities initiatives through Harvard’s Center for Hellenic Studies, including the Homer Multitext Project. She was a Fellow at the Center for Hellenic Studies in 2021. She has published on ancient epic, ancient religion and magic, ancient representations of gender and ethnicity, modern pedagogy, and Classical reception.