We are excited to welcome Andrew Koh, of the MIT Center for Materials Research and the Harvard Semitic Museum, for a Center for Hellenic Studies Online Open House discussion entitled ‘A Land Called Crete: From Harriet Boyd Hawes to the Cretan Collections Project’. The event was streamed live on Thursday, October 24 at 11 a.m. EDT, and was recorded.

To prepare for the event you could read Odyssey 19.172–184, the context for which is provided in the following posts at Classical Inquiries:

and view the text from the second pylon of Ramesses III’s mortuary temple at Medinet Habu, which depicts the Ramesses III leading prisoners, with the gods Amun and Mut. You can see an image of the pylon inscription at this link (then scroll down to see the translation):

You can watch the video on the Center for Hellenic Studies YouTube channel, or in the frame below: 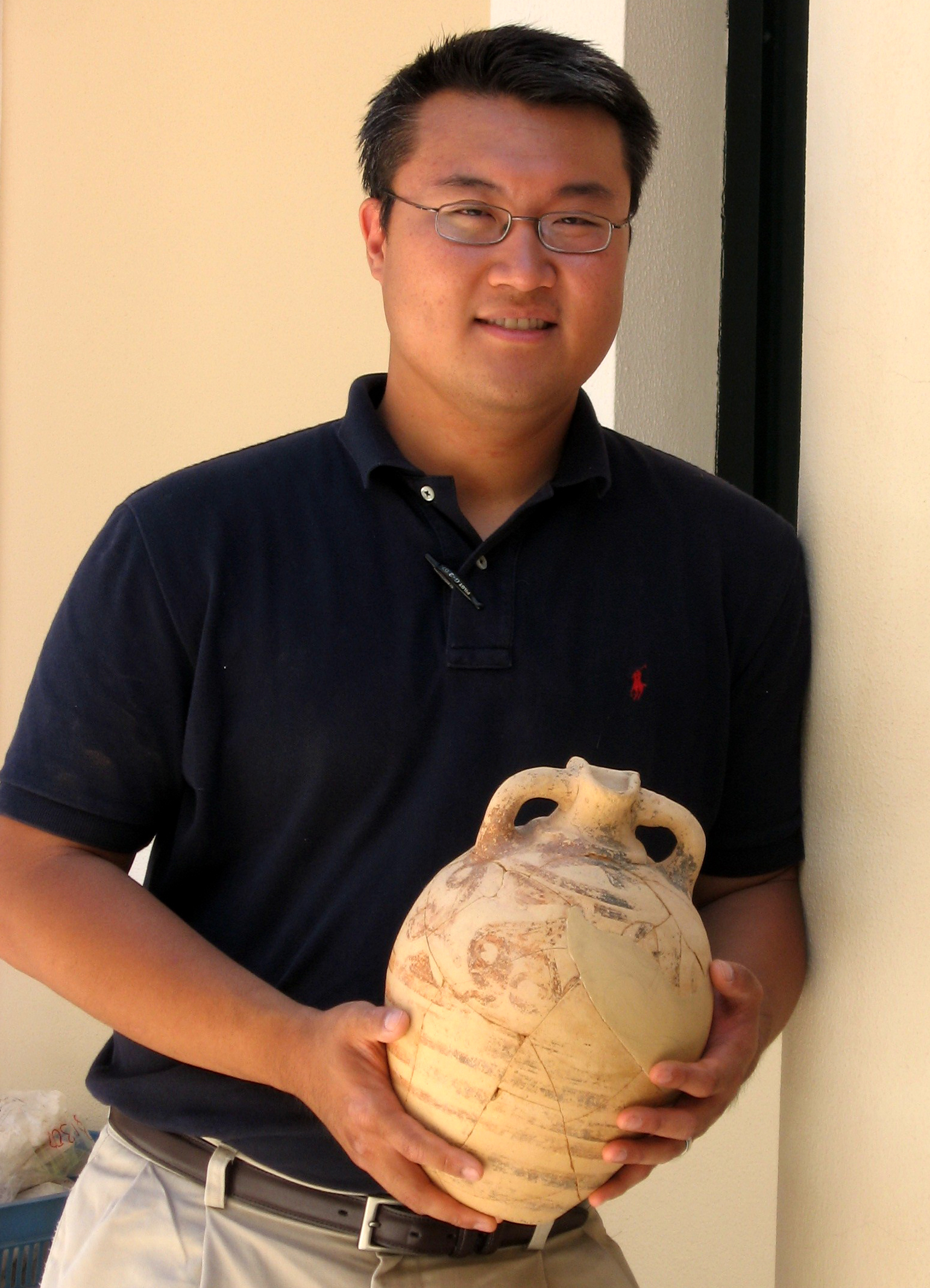 Andrew Koh received a B.S. in Biophysics and the Classics from the University of Illinois, an M.A. in Ancient Near Eastern Studies from Biblical Theological Seminary, and a Ph.D. in Art &amp; Archaeology of the Mediterranean World from the University of Pennsylvania. He was a graduate fellow at the Penn Museum Corinth Computer Project and a Colburn Fellow at the American School of Classical Studies in Athens. He initially honed his interdisciplinary approach to the classical world by characterizing a perfumed oil workshop at the Minoan harbor town of Mochlos, dissertation research he completed as an exchange scholar at the Stanford University Department of Classics and the inaugural Archaeological Institute of America Pomerance Fellow. Koh is currently a senior research fellow at the MIT Center for Materials Research in Archaeology &amp; Ethnology and a research associate at the Harvard Semitic Museum. He founded the ARCHEM Project in 2003 and now serves as the co-editor-in-chief of its interdisciplinary and collaborative archaeometric database (http://openarchem.org).

Koh utilizes both traditional and scientific methods to better understand cross-cultural interactions and complex societies through their organic commodities and branded goods. This approach integrates text, material culture, and material science, illuminating previously invisible data sets to address questions of culture and society. This blended approach offers exciting new ways forward for Classics and archaeology by introducing processes, social groups, and practices absent from other records. This interdisciplinary, longue durée approach underlies his monograph, Luxury Trade and Social Complexity in the Ancient Mediterranean World, which is under contract with Cambridge University Press.