We were excited to welcome James Collins for an Online Open House entitled “Performing Wisdom: Choral Performance and Civic Virtues.” The event took place on Friday, May 27 at 4:00 p.m. EDT and was recorded. You can watch the recording down below or on the Center for Hellenic Studies YouTube Channel. 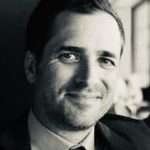 James Collins is Senior Lecturer in Greek Language and Literature in the Department of Classics and Ancient History at the University of Sydney, and Associate for Civic and Philosophical Engagement at Harvard’s Center for Hellenic Studies. He uses a variety of literary, philosophical, sociological, and neuroscientific approaches to study the pragmatics of intellectual life in antiquity, with a principal focus on philosophical recruitment (Exhortations to Philosophy. Oxford 2015) and ancient education including choral training and performance (“Dancing the Virtues, Becoming Virtuous,” Ramus 42: 183-206). He is founder and director of the interdisciplinary Performing Wisdom program which develops strategies for introducing people of all walks and ages to philosophy as an active, often public discipline through dramatic and rhetorical training and performance. He has staged over a dozen productions of ancient Greek tragedy and comedy with school and university students, military veterans, and working professionals.