Online Open House | Persian epic and the embedding of a song of lament, with Olga M. Davidson

We were pleased to welcome back Olga M. Davidson, Boston University, for a discussion on ‘Persian epic and the embedding of a song of lament’. The event took place on Thursday, September 19 at 11 a.m. EDT, and was recorded.

In connection with this discussion, you might like to read her article “Women’s Lamentations and the ethics of war in ancient Greece and medieval Persia,” available online at the Center for Hellenic Studies: 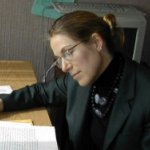 Olga M. Davidson earned her Ph.D. in 1983 from Princeton University in Near Eastern Studies. She is on the faculty of the Institute for the Study of Muslim Societies and Civilizations, Boston University, where she has served as Research Fellow since 2009. From 1992 to 1997, she was Chair of the Concentration in Islamic and Middle Eastern Studies at Brandeis University. Since 1999, she has been Chair of the Board, Ilex Foundation. She is the author of Poet and Hero in the Persian Book of Kings (Cornell University Press: Ithaca, 1994; 2nd ed. Mazda Press: Los Angeles, CA, 2006; 3rd ed. distributed by Harvard University Press, 2013) and Comparative Literature and Classical Persian Poetry, Bibliotheca Iranica: Intellectual Traditions Series (Mazda Press: Los Angeles, CA, 2000; 2nd ed. distributed by Harvard University Press, 2013), both of which have been translated into Persian and distributed in Iran. Her articles include “The Haft Khwân Tradition as an Intertextual Phenomenon in Ferdowsi’s Shâhnâma.” In Honor of Richard N. Frye: Aspects of Iranian Culture (ed. C. A. Bromberg, Bernard Goldman, P.O. Skjærvø, A. S. Shahbazi), Bulletin of the Asia Institute 4 (1990) 209-215; “The Text of Ferdowsi’s Shâhnâma and the Burden of the Past.” Journal of the American Oriental Society 118 (1998) 63-68, and “The Burden of Mortality: Alexander and the Dead in Persian Epic and Beyond,” Epic and History (David Konstan and Kurt Raaflaub, eds., Wiley-Blackwell, Malden / Oxford 2010) 212–222.