We were excited to welcome Rachele Pierini, University of Bologna for an Online Open House. The topic of the discussion is “Re-inventing Old Craftsmanship: Mycenaean Furniture and Today’s Design.” The event was live-streamed on Thursday, November 7 at 11:00 a.m. EST, and was recorded. 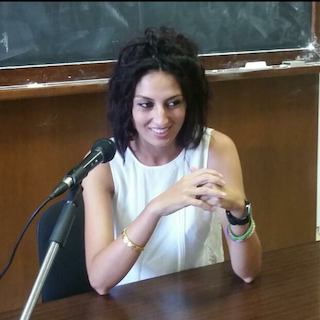 Rachele Pierini was trained in Classical Philology at the University of Bologna and in Historical and Comparative Linguistics in Madrid. She is a philologist and a linguist who specializes in Bronze Age Aegean scripts, with a focus on Linear B. After having held several Post-Doctoral Fellowships (University of Bologna) and having spent a number of research periods abroad as Visiting Scholar in internationally renowned universities (Complutense University of Madrid; University of Cambridge), she is currently a Teaching Tutor in the Department of Classical Philology at the University of Bologna and has been recently awarded the prize of Cultural Ambassador by her native country. Her research mainly concerns the Greek language, both in its diachronic development (especially its initial stages, from the Proto-Indo-European origins to the earliest Linear B attestations) and in its relationship with substratum and nearby languages.