Online Open House | The Egyptian Goddess in White Marble: Isis, Materials and the Reconfiguration of Greekness in the Roman Empire, with Lindsey Mazurek

We were excited to welcome Lindsey Maruzek for an Online Open House entitled “The Egyptian Goddess in White Marble: Isis, Materials and the Reconfiguration of Greekness in the Roman Empire.” The event took place on Friday, February 11 at 11:00 a.m. EST and was recorded. You can watch on the Center for Hellenic Studies YouTube Channel, or in the frame below. 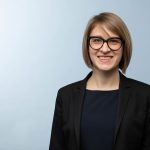 Her research explores questions of ethnicity, religion, landscape, and change in the Roman provinces, particularly how the inhabitants of Rome’s provinces reconfigured their own ideas of themselves and their world in response to Roman rule. Her book, Isis in a Global Empire: Greek Identity Through Egyptian Religion in Roman Greece (forthcoming, Cambridge University Press) looks at the worship of Egyptian deities like Isis, Sarapis, and Anubis in Greece during the Roman period and examines how local devotees reconfigured traditional ideas about Greekness in response to their religious practices. She has also written on Hellenistic seascapes and migrations, particularly at Delos and in the province of Macedonia. She also co-directs a digital archaeology project called the Mediterranean Connectivity Initiative. Using social network analysis and GIS mapping, they study how ancient social networks were created over time and space in the Roman Empire. Her research has been recognized by awards and fellowships from the Loeb Classical Library Foundation, the German Archaeological Institute, and the National Endowment for the Humanities.